by Candace Gibson Nov 2, 2015
In this classic Punch cartoon, scientist Michael Faraday gives his card to Father Thames, with the rest of the original caption reading "And we hope the Dirty Fellow will consult the learned Professor." The cartoon actually published in 1855, ahead of ... Wellcome Library/London

Imagine a summer day with temperatures hovering around 90 F (32 C). Instead of wearing a cotton T-shirt and sipping iced coffee, you're dressed in layers upon layers of silk and stiff taffeta that stretch all the way up to your chin as you clutch a cup of hot tea. At least you're sitting still in a parlor.

Maybe you're less of a lady and clad in slightly more breathable muslin, but you're bustling around a dank kitchen with tendrils of sweaty hair plastered to your neck. Oh, and there's a terrible, inescapable smell in the air. Welcome to Victorian England!

The sweltering summer of 1858 in London was known as the Great Stink. Industrial opportunities drew droves of people into the city, and there was scarcely enough housing to accommodate them all. Working-class Londoners quartered themselves in tiny spaces with poor ventilation, which meant that their homes pulsed with the putrid, mingling smells of cooking, human body odor and waste.

Wealthy families had water closets, but the city's poor population emptied fecal matter into cesspits. Slate's Ella Morton numbers the city's cesspits at 200,000. Workers called night men labored while the city slept, lowering themselves into the pits to shovel out waste. They could barely keep up with the task of emptying them. The cesspits baked under the hot sun, emitting foul smells.

This photo was taken at Crossness Pumping Station, just one part of the extensive and expensive sewer project London undertook in the 19th century.
CHRISTINE MATTHEWS, used under CC Attribution-ShareAlike 2.0 license

There's more. While some cesspits were located in open areas, others were constructed beneath housing developments. There, the thirsty earth beneath the cesspits was pulling waste into the ground, where it trickled dangerously into the city's water supply — the Thames River.

In “The River Pollution Dilemma in Victorian England,” Dr. Leslie Rosenthal, a professor of economics, explains that small populations can successfully use waste for “manurial benefits.” Waste can be left untreated in the elements and allowed to decompose over time. But in packed cities, the problem piles up. To dispose of waste requires great physical dedication (remember those night men), major financial resources and monumental acts of engineering. There has to be a solution better than “crudely directing it into rivers,” as Rosenthal says.

The most insidious threat to Londoners' health was cholera, which could be contracted by drinking water from the Thames. However, the more obvious issue was that smell. No one, from the poorest of the poor to the wealthiest of the wealthy, was exempt from the odor. It was so pervasive that Parliament could barely gather its wits to meet. In an oft-repeated anecdote, Parliament's curtains were doused with chloride of lime to mask the smell. (That didn't work.)

A truly terrible odor isn't just a nuisance: It poses actual health risks. As human waste decomposes, it produces sewer gas, a combination of nontoxic and toxic gases, such as hydrogen sulfide. The National Institutes of Health identifies problems such as inflamed eyes and throat, cough, difficulty breathing and fluid-filled lungs in its summary of risks associated with inhaling sewer gas. Long-term exposure could cause memory loss, lethargy, sensation of dizziness and, yes, even death.

The Great Stink couldn't be ignored, and Parliament approved a bill for a sewer system in just 18 days. Of course, it took several years for the system, designed by Joseph Bazalgette, chief engineer of the London Metropolitan Board of Works, to be built, and not just because it was an elaborate waste-diversion system. In photos you can see , it was a veritable work of art.

OK, so there's probably no money for a Byzantine-inspired sewer system in a heavily populated city today, but what's the likelihood our government could usher through a bill aimed at solving a public health crisis in 18 days?

“It really depends on the nature of the crisis and the government entity responding to it — whether it's a city, county, state or federal government,” says John Wedeles, a Washington, D.C.-based data analyst with the Department of Health Care Finance. “If it's a crisis that affects everyone equally, and doesn't carry any political undertones, then the response is likely to be quicker.”

Plus, as Wedeles points out, "The face of government responses to public health crises today is often in the form of media." Think of TV commercials, tweets or YouTube videos that tell you to wear your seatbelt or stop smoking, he says.

"With advances in social marketing and digital media, these can often be very sophisticated and appealing designs — perhaps the 21st century version of a beautiful sewage pump station," says Wedeles.

Do you love history as much as we do? Then be sure to check back in to HowStuffWorks Now every week. We'll be publishing a new (old) ridiculous history article every Monday.

Now That's Cool
In England with some time to waste? As a result of the Great Stink, London has one beautiful sewer system with historic pumping stations worth visiting.

Looking for the Next Tech Genius? Check the Playground.

Stuff You Missed in History Class Podcast: The Great Stink of 1858 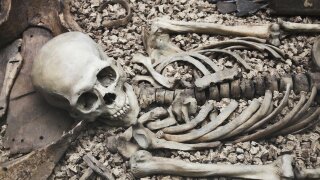 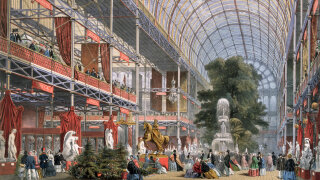