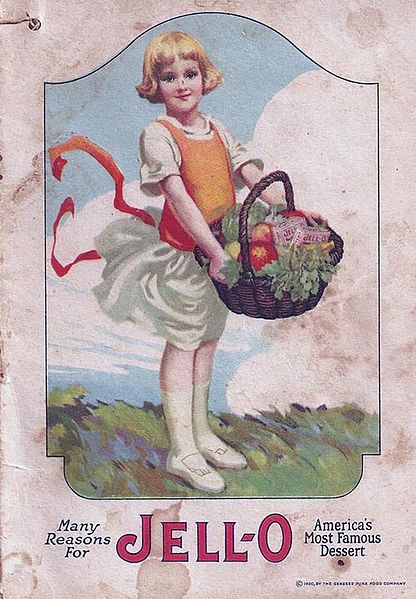 “You first eat it as a child, because your parents and their friends have set it out with the food. It's not terrible; it's sort of wonderful, but a little bit gross,” reminisces Dan Leventhal, artist and stay-at-home dad, about his experiences eating gefilte fish as a kid. Years later, he says, “it's still the same weird, salty and coarsely textured stuff, suspended in some kind of gelatin that you remember.”

Gelatin salads were a testament to their time. These towering, jiggly creations were studded with fruits, vegetables, meats or any concoction the home cook could think up. Some of our favorite foods today contain gelatin, although perhaps none so obviously as America's jiggly dessert, Jell-O. A well-made classic French demi-glace (literally half-glaze), for instance, contains gelatin. As does every lick of ice cream or bite of marshmallow.

Gelatin is a protein extract derived from the collagen found in connective tissues and bones, usually from cow and pig slaughterhouse byproducts. It's separated from the source material through chemical processing and hours of boiling. It “sets” — goes from liquid to gel — as it cools to room temperature.

Recipes for making and consuming gelatin-based foods date back to the 1400s, but it was Frank Woodward who owned the original recipe and the rights to Jell-O, which he purchased in 1899 for $450 — a sum equivalent to $12,857 in 2014. By the turn of the 20th-century, gelatin, boosted by clever marketing, became pervasive enough in American home-cooked meals that molds were becoming de rigueur in well-stocked kitchens. “Gelatin was very easy to prepare by mid-century cooking standards, and storing foods suspended within gelatin helped those foods stay fresh longer,” explains Ruth Clark, author and blogger at Mid Century Menu.

After World War II, when food shortages and rationing ended, gelatin became a creative kitchen tool, as well as a shortcut. Congealed molded dishes quickly earned a place at the table as impressive salads. According to Clark, mid-century meals had more courses than we serve at home today. For instance: breads, relishes, salads and soups, the main dish, vegetables and sides, and finally dessert and coffee. “Salads in general were a trend, and the molded salad was the showiest,” explains Clark.

While both sweet and savory gelatin became popular after World War II, Jell-O's golden years were in the 1950s, when the new American middle class created dishes such as jellied bouillon with frankfurters and strawberry cottage cheese mold. A “best of” Jell-O cookbook was published, and revised throughout the '60s. It highlighted Jell-O recipes including the Sea Dream and Ring Around the Tuna, among hundreds of other mid-century Jell-O salad ideas. Photos and recipes for aspics, dishes made with savory gelatin that relied on Jell-O flavors such as celery or tomato, filled cookbooks.

"My great aunt thought she would be adventurous and make 'hog head cheese' — that's where you boil a hog's head and use plain, unflavored gelatin to make a (disgusting) mixture of parts — using lime Jell-O to give it a tropical flair," recalls Louisiana native Lydia Dollar. "To this day, I get queasy just looking at lime Jell-O."

By the 1970s and 1980s, Jell-O had fallen out of favor, and in 1986 General Foods decided to re-market its gelatin products as family-friendly, make-at-home desserts. That's right, desserts only. By the time Bill Cosby became the Jell-O spokesperson, Americans were no longer familiar with aspics. Bring a dish of Perfection Salad (that's a lime or lemon Jell-O mold with a coleslaw center) to the next potluck you attend and you may get some odd responses. That's because it's a combination of flavors and textures that our 21st-century palate doesn't really understand. “I don't think that the vintage recipes used enough flavoring in their aspics to appeal to modern tastes,” says Clark. “I think if we were to bring aspics up to modern standards of spiciness and flavor, it might be possible to have people enjoy them again. As long as they can get over the texture.”

Despite some interest in oeufs en gelee in recent years, and the Paleo diet's reliance on bone broth (it jiggles at room temperature, like Jell-O) as a staple, the attempt to revive savory gelatin has yet to go beyond a simmer compared to its mid-century heyday.