Why Is a Town in Brazil Celebrating the U.S. Confederacy?

If you were traveling the world and wanted a taste of America without trekking back to the States, where should you go? That's what Will Pearson and Mangesh (Mango) Hattikudur discuss in an episode of Part-Time Genius called "What's the Most American Place in the World? (Outside the States, that is)."

One contender for this prize might be the various Disneyland theme parks around the globe. A 2016 study conducted by Branding Magazine, asked 4,750 Americans which of 248 brands best personified the patriotism of the U.S. "Ninety-eight percent associated the Disney brand with U.S. patriotism," says Will.

But for a truly unusual taste of America outside U.S. soil, head for Americana, Brazil.

The city of about 230,000 people in the Brazilian state of São Paulo welcomed 10,000 Southerners after the Confederates lost the Civil War in the mid-1800s. Today, that connection to the Old South remains strong. "You can spot rocking chairs on porches ... and people still make sweet potato pie," says Will.

The settlers — mainly folks from Alabama, Georgia and Texas — came to Brazil because they wanted to preserve their unreconstructed Southern way of life, and also escape possible prosecution for treason. Brazil offered cheap land and still-legal slaves to help rebuild their plantations. Further, Brazil's emperor, Dom Pedro II, wanted his country to become as skilled and knowledgeable about agriculture as the U.S. So, the government offered to pay moving costs for Southerners willing to relocate even further down south.

Of the thousands who accepted the deal, only one group of Alabama settlers thrived. They held surnames like Baird, Buford, Clark and Currie. They began growing cotton, a new crop to the Brazilians, and named their settlement Americana.

The settlers' descendants spoke English with a Southern accent for generations. Eventually, as they intermarried with the Brazilians and their numbers soared, the group became more Brazilian than American. But they still love Western movies and country music.

While the story of this group of settlers is little-remembered in U.S. history today, it's commemorated in Americana's history. Every year for the last quarter-century, descendants of the Confederate settlers (Confederados) gather for a huge party. Joined by Confederate enthusiasts from the U.S. states, they don gray rebel uniforms and hoop skirts and twirl around a dance floor to fiddle and banjo tunes. Their food of choice? Southern barbecue, fried chicken and beer.

A monument to the original Southern American settlers stands during the annual Festa Confederada, or Confederate Party in Santa Barbara d'Oeste, Brazil. Here, the Confederate flag doesn't carry the racial or political implications that it does in the U.S.
Mario Tama/Getty Images

Custom dictates partygoers pay a visit to the nearby Confederate cemetery. Many today are quick to insist they are not racist, especially in light of recent movements in America to remove the Confederate flag from government buildings. No, celebrants say, they're simply celebrating their history. Nevertheless, historians note that Confederados have downplayed their ancestors' interest in maintaining slavery as a big reason for their move to Brazil. Brazil was the last country in the Americas to abolish slavery (in 1888.)

To learn more about other contenders for "America overseas" (Canada? Guam?) and to hear an interview with Doug Mack, author of "The Not-Quite States of America," which is about America's overseas territories, download this Part-time Genius episode.

NOW THAT'S INTERESTING
Residents of American Samoa, a U.S. territory, are considered U.S. nationals, but not citizens. Yet, as cohost Mango point out, they have the highest military enlistment and casualty rates, beating out all 50 states and America's four other territories (Guam, U.S. Virgin Islands, Puerto Rico, and the Northern Marianas Islands).

Sea Spiders Pump Blood With Their Guts, Not Their Hearts

How Do Scientists Track Sea Level? 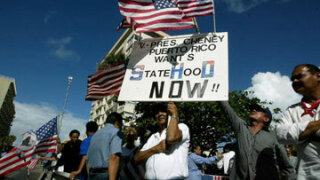 How do new states become part of the U.S.? 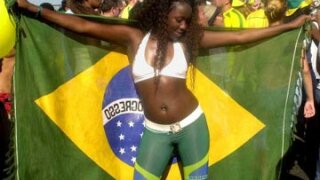 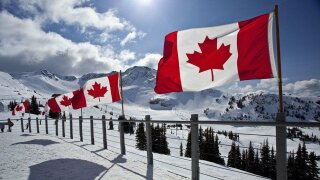 How Easily Can an American Move to Canada?