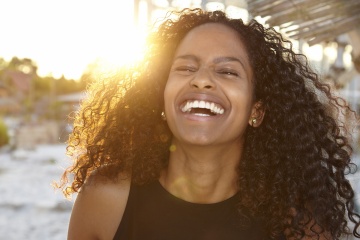 In 2008, a writing professor at the United Kingdom's University of Wolverhampton led a team of researchers on a quest to find the world's oldest joke. They spent months combing through old books, papyruses and even stone tablets to find evidence of humor. They discovered different joke formats over the years (and we're talking hundreds or thousands of years), including question-and-answer, witty proverbs, riddles and puns.

The team found that humor has been a common thread throughout history — people used it to deal with taboo and distasteful subjects, much like we do today. Here's an example. Just as current comedians use world leaders as fodder for jokes, the Wolverhampton team unearthed an Egyptian witticism from 1600 BC that poked fun at pharaohs: "How do you entertain a bored pharaoh? Sail a boatload of young women dressed only in fishing nets down the Nile — and urge the pharaoh to go fishing."

Well, maybe you had to be there.

They also discovered Britain's oldest joke in a 10th-century book of Anglo-Saxon poetry: "What hangs at a man's thigh and wants to poke the hole that it's often poked before? Answer: A key." Ooh, scandalous! And an Egyptian hieroglyphic predating Christ illustrated a joke about sex that went a little something like this: "Man is even more eager to copulate than a donkey — his purse is what restrains him."

The research team was a bit surprised that many of the jokes and riddles they found still basically worked, so many centuries later. Past civilizations apparently laughed at the same things we do today. Dirty and taboo jokes seem to be part of the human condition.

So what's the world's oldest joke? It dates all the way back to 1900 B.C.E. in Sumeria, which is now southern Iraq. Is it a pithy comment on society or religion? A wry observation on current politics? Um ... not exactly. It's a fart joke.

Translated into English, this historical piece of flatulence humor reads thusly: "Something which has never occurred since time immemorial; a young woman did not fart in her husband's lap."

There you have it. Whether it's today's hottest comedian live on stage in Vegas or an ancient Sumerian scribbling in ancient texts and chuckling to himself, one thing never changes — fart jokes are always funny.