by Patrick J. Kiger
Next
Vice President Aaron Burr (1756-1836) is well-known as the man who killed Alexander Hamilton in a duel, but he lived for another 32 years after that and had quite an eventful life. Bettmann/Getty Images/HowStuffWorks

If you've seen the musical "Hamilton," you know Aaron Burr, who served a term as Thomas Jefferson's vice president, as one of American history's most notorious bad guys — a haughty, soulless figure who advises a young Alexander Hamilton to "talk less ... smile more ... don't let them know what you're against or what you're for." At the end of Act II, after he takes Hamilton's life in a duel, Burr laments, "Now I'm the villain in your history."

But who was Aaron Burr, really? In his time, his fickle loyalties and duplicity earned the enmity of founding fathers George Washington and Thomas Jefferson. And while he's remembered these days mostly as a murderous rogue — the only U.S. vice president ever to kill a man while in office (though Dick Cheney gave it his best shot) — he also has the ignominious distinction of being the only former vice president to be put on trial for treason, due to his role in trying to carve off part of the U.S. and create his own country (more on that later). Last year, yet another unseemly detail was added to his biography, when it was revealed that he'd secretly fathered two children by one of his servants, an Indian immigrant named Mary Emmons, as this Washington Post story details.

"Burr was a complicated figure — too complicated for his own political reputation then and his historical reputation since," H.W. Brands, a professor of history at the University of Texas at Austin and author of "The Heartbreak of Aaron Burr," notes in an email.

"Burr certainly had a lot of promise," says Willard Sterne Randall. He's a professor emeritus of history at Champlain College and author of "Alexander Hamilton: A Life," in addition to numerous other works on early American history. In some ways, Burr was a model of the sort of brazen, self-centered opportunism seen so often in today's politics — and an early practitioner of the sort of conspiratorial suspiciousness that Richard Nixon made famous.

Burr "didn't trust anybody, and it turned out that no one trusted him," Randall says. "He introduced a paranoid style to American politics."

"Even his detractors conceded his genius," writer Mark F. Bernstein noted in a 2012 biographical essay on Burr for Princeton Alumni Weekly.

Burr's elite background and brainpower also were part of his ultimate undoing, because they imbued him with a haughty sense of superiority.

Additionally, for all his intelligence, Burr wasn't necessarily the most astute judge of people and situations. Throughout his life, he repeatedly made the mistake of choosing the wrong side to be on and had a lot of difficulty getting along with others, according to Randall.

Burr enrolled in law school as a teenager but interrupted his studies to serve in the American forces during the Revolutionary War. As his Senate biography notes, Burr's bravery under fire earned him a coveted job as a top aide to the American commander in chief, General George Washington, who quickly came to loathe his ambitious underling. The feeling was mutual, and Washington eventually got rid of Burr by reassigning him to be an assistant to General Israel Putnam. While in that position, Burr probably saved the life of Hamilton, the man he would kill in a duel decades later, by leading him to safety during the British assault on New York in 1776, as Randall details in this 2003 Smithsonian article. Burr became a sympathizer to the Conway Cabal, the ill-fated plot by American officers to depose Washington in 1777.

After the war, Burr got his law degree and rose quickly to prominence. He was elected to the New York state assembly, where he served a single term in 1784-85, and helped transform a drinking club into Tammany Hall, the powerful New York City political machine, which perpetuated itself by doling out favors in exchange for support. After serving for two years as New York state's attorney general, in 1791 he won election to the U.S. Senate, unseating Philip Schuyler. The incumbent also happened to be the father-in-law of Alexander Hamilton, by then the U.S. Secretary of the Treasury. That helped fuel the hard feelings between Hamilton and Burr, who already were political rivals.

Burr served one six-year term in the Senate, where he was a thorn in the side of the Washington administration, opposing both Washington's diplomatic moves and Hamilton's financial policy. According to Burr's Senate biography, he also mounted a "spirited, though unsuccessful" defense of Albert Gallatin, the Swiss-born senator from Pennsylvania, a member of Thomas Jefferson's Republican Party who was expelled from the Senate in 1794 by the Federalist majority under the pretext that he didn't meet the residency requirement of nine years in the country.

Burr was viewed as enough of a power player that when the Republican Party nominated Jefferson to run against Federalist incumbent John Adams, they picked Burr as Jefferson's running mate, as this 2004 Smithsonian article by John Ferling details. In those days, presidential elections were run differently than they are now – all of the candidates went in a bunch to the Electoral College, where the 138 electors each were allotted two votes. The idea was that the top vote-getter would serve as president, and the second-place finisher would be vice president.

But when the Electoral College voted, Jefferson and Burr each received 73 votes, while Adams got 65 and his running mate, Charles Pinckney of South Carolina, got 64. The election went to the House of Representatives, where the Federalists, after failing to work out a deal with Jefferson, decided to support Burr — who double-crossed Jefferson by making it known that he'd accept the top job if he had the chance. It took 36 ballots and days of bitter political infighting to break the stalemate and elect Jefferson.

Burr had gambled brashly and lost, and as you might expect, Jefferson didn't exactly have warm feelings for his new VP after that. But the political mess did lead Congress to fix the unwieldy system. In 1803, the new electoral proposal passed and it was ratified by the states, so Burr, inadvertently, helped to improve the American political system.

"One of Burr's lasting contributions was that decision to run," Randall notes. It led Congress in 1803 to enact the 12th Amendment, which mandated separate electoral vote counts for presidential and vice presidential candidates, as this article from the National Constitution Center details. Eventually it was ratified by the states as well.

The electoral fiasco also helped further fuel the enmity between Burr and Hamilton, who as Randall notes, had helped persuade friends in the House to switch and vote against Burr. Things got even worse when Burr, who clearly wasn't welcome on the Republican ticket in 1804, decided instead to run for governor of New York. Hamilton talked trash about Burr to a group of prominent men at a dinner, and after his comments made it into a local paper, Burr was infuriated, saying that Hamilton had uttered a "despicable opinion," and challenged him to a duel.

Duels often were treated as a sort of ritual dance — one common practice was for both men to miss deliberately, so that they could assert their manly honor without actual violence. But as Randall explains, Burr took this challenge a big more seriously than Hamilton. "Burr was practicing with targets for two weeks prior," he says. "I think Burr intended to kill Hamilton."

Hamilton Dies Along With Burr's Future

Hamilton was mortally wounded and suffered an agonizing death, but the man who'd killed the Secretary of the Treasury couldn't be prosecuted, since they'd staged the confrontation in New Jersey, which didn't have a law against dueling, according to Randall. Instead, he simply went back to Washington, where he became even more of a pariah.

Burr not only murdered Hamilton, but his own political fortunes as well. At that point, he simply could have slipped into obscurity. But Burr, who'd made some bad investments and lived beyond his means, was heavily in debt. Desperate, he looked to the West for an opportunity. As described in his Senate biography, he hatched a bizarre scheme to raise a military force and seize Florida and Mexico from Spain, and then persuade a few nearby states to secede from the Union and join into a sort of empire that he would lead. Instead, Burr was arrested on treason charges, and put on trial in Virginia in 1807. But after Chief Justice John Marshall instructed the jury that two witnesses needed to testify to a specific overt act of treason to make the charges stick, they acquitted Burr.

Though a free man, Burr left the country and spent several years in self-imposed exile in England and Europe, before returning to the U.S. in 1812, according to his Senate biography. He eventually resumed his legal career in New York, but then suffered another, even more painful personal disaster, when a ship taking his beloved daughter Theodosia Burr Alston from South Carolina to New York disappeared off the North Carolina coast. Though the ship probably sank in a storm, Burr was tormented by wild stories that his daughter had been forced to walk the plank by pirates or was being held prisoner somewhere in the West Indies.

Burr spent the next couple of decades practicing law. In 1833, Burr – whose first wife had died in 1794 – married for a second time to a wealthy widow. But after discovering that Burr had mismanaged her assets, she divorced him just a year later. After that, Burr survived mostly on friends' handouts and his military pension until his death in Staten Island in 1836. As his Senate biography notes, during Burr's final hours, a minister asked him if he thought he would go to heaven. "On that subject, I am coy," reportedly was Burr's reply.

As Carey Wallace argues in this 2016 Time essay, Burr had some positive points, too. He operated the first bank in New York that gave loans to non-wealthy people, supported freedom of the press and praised Mary Wollstonecraft's 1792 book "Vindication of the Rights of Women" as "a work of genius." 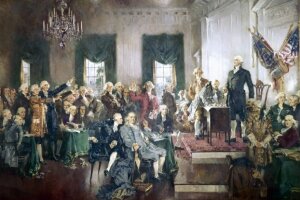 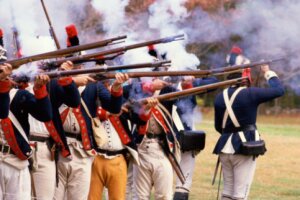