Why André the Giant Was Larger Than Life

by Michelle Konstantinovsky May 20, 2019
André the Giant was born André Roussimoff in 1946 in Grenoble, France. WWE

Fans knew him as "The 8th Wonder of the World," but friends and loved ones had their own designation. "André the Giant was and still is affectionately referred to as 'Boss,'" World Wrestling Entertainment (WWE) archivist, Benjamin Brown says via email, "symbolizing the respect he commanded and was appropriately given."

Long before the towering icon became a pop culture phenomenon, André the Giant was André Roussimoff, a French kid who led a somewhat average life — until puberty hit. Born in Grenoble, France, in 1946, Roussimoff "was a beautiful baby," his older brother, Antoine, said in the HBO documentary, "Andre the Giant." "He was normal."

His life-changing transformation began in his early teens when it became evident that Roussimoff had a pituitary gland disorder called acromegaly. The disorder, according to the Mayo Clinic, occurs when the pituitary gland produces too much growth hormone during adulthood, causing the bones to increase in size. It typically affects middle-aged adults but can happen at any age, and when it strikes still-developing kids, like it did in Roussimoff's case, it can cause a condition called gigantism, which results in abnormal increases in height and exaggerated bone growth.

Roussimoff's major physical transformation occurred in the interim between his departure from home at age 14 to seek employment outside of Grenoble, and his first return visit at age 19. From a 1981 Sports Illustrated profile:

"Indeed, during the five years young Andre had been estranged from his parents, he had grown so large that even his mother and father failed at first, and even second, glance to recognize him, or to connect the giant they had seen on television with the gangly dreamer who had hied himself to Paris so long before."

André the Giant made his WWF debut in 1973 at New York City's Madison Square Garden and went on to wrestle everyone from Hulk Hogan to Macho Man Randy Savage (seen here).
WWE

As Roussimoff continued to grow (he hit 6 feet [1.8 meters] and 240 pounds [108 kilograms] by the age of 12 and rapidly grew from there), he set his sights on a career that allowed him to use his size to his advantage: wrestling. After training with French champion Frank Valois, who later became his manager, Roussimoff began competing under the name Jean Ferre in Montreal and Monster Roussimoff in Japan.

The young giant began making a name for himself as a baby-faced colossal competitor, and Valois introduced him to legendary wrestling promoter Vince McMahon Sr. As the founder of the World Wide Wrestling Federation (which later became WWE), McMahon made a few suggestions to increase Roussimoff's potential success, including a name change: McMahon dubbed the wrestler André the Giant and sent him off to compete around the world.

On March 26, 1973, André the Giant made his WWF debut at New York City's Madison Square Garden. He went on to wrestle more than 300 days a year and rose to fame as one of the industry's most respected competitors. "André the Giant surpassed the often-one-dimensional nature of attraction wrestler to become a massive draw wherever he went in the world," Brown says. "André was both a leader of the locker room and a measuring stick for all those who came after. André the Giant was intelligent, multilingual, and an exceptional in-ring talent."

While the wrestler's success is indisputable, his eventual size is up for debate. Most sources claim he reached a height of 7-feet-4-inches (2.23 meters), though according to Biography.com, he was more likely closer to 6-feet-11-inches (1.86 meters). At his full size, Roussimoff weighed about 500 pounds (226 kilograms). The wrestler's unique physicality led to plenty of opportunities outside of the ring, including a role in the 1987 film "The Princess Bride."

The Effects of Gigantism

Roussimoff remained a formidable competitor throughout his career, taking on titans like Hulk Hogan, Mongolian Giant and Macho Man Randy Savage. But by the early 1990s, the effects of his acromegaly and the massive physical wear and tear of his career had led to severe deleterious effects on his health. Acromegaly is known to cause everything from high blood pressure and cardiovascular disease to spinal cord compression and vision loss.

Roussimoff grappled with chronic pain and could no longer endure the rigors of wrestling. He retreated to his North Carolina ranch, but flew home to France in early 1993 when his father passed away. On Jan. 27, 1993, André the Giant died in his sleep of congestive heart failure. The wrestler was never married, but he was survived by a daughter, Robin Christensen-Roussimoff, born in 1979. André the Giant continues to be heralded by wrestling fans as one of the sport's greatest competitors.

"This quote is from Tim White, André's best friend, who called me while I was writing this," Brown says. "'Once he befriended you, he was your friend for life. André also had an unmatched love for animals.'"

Now That's Crazy
Roussimoff's love for food and drink was no joke. There are many stories of him drinking more than 100 beers in one sitting, though it supposedly wasn't the norm. His best friend Tim White also told WWE, he'd go into a restaurant and eat 12 steaks and 15 lobsters, just to "put on a show and have some laughs."

What Is an Oligarchy and Has the U.S. Become One?

5 Facts About James Holzhauer, the Guy Who Might Break 'Jeopardy!' 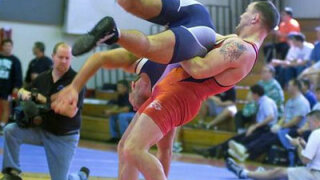 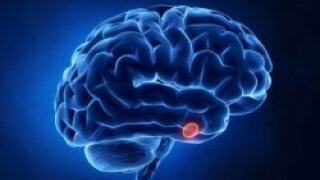 What does the pituitary gland do?

What are the signs of puberty?