The Tragic Life and Curious Death of Howard Hughes

by Oisin Curran May 1, 2020
Howard Hughes was, among many other things, an aviator, inventor, movie producer and one of the most controversial and mysterious men of the 20th century. Bettmann/Getty Images

When Howard Hughes took his last breath it was 1:27 on the morning of April 5, 1976, and he was in an airplane over northern Mexico on his way to a Texas hospital. Decades earlier he'd built the planet's largest seaplane and aviated the circumference of the world in a record-setting 3 days, 19 hours, 14 minutes and 10 seconds. Dying aloft might seem a fitting end for such a man, and in many ways, it was. But it was also a lonely exit. In the years leading up to his death, Hughes had become increasingly isolated due in part to health issues that included advancing deafness and a steadily worsening obsessive-compulsive disorder.

The Early Life of Howard Hughes

He was born 70 years earlier in Houston, Texas, to Howard Hughes Sr., a dashing, if mercurial, industrialist and Allene (née) Gano, a debutante descendant of southern aristocracy. The year was 1905, and Allene nearly lost her life while giving birth. Although she was only 22 at the time, the doctor present at the birth recommended she not have any more children, and she didn't, leaving Howard to be raised an only child. The family moved around as Howard Sr. prospected for oil. Then, in 1909, he patented a new kind of drill bit that could bore through solid rock. Together with his business partner, Walter Sharp, Howard Sr. founded the Sharp-Hughes Tool Company and began building a fortune.

Without that fortune who knows what Howard Hughes would have done with his life. He was shy to the point of being antisocial, disinterested in school and deeply attached to his mother. His father sent him to a series of boarding schools in which he failed to distinguish himself. He did, however, show an early aptitude for tinkering. Doorbell components, for instance, became a working radio under his ministrations. And when his mother refused to buy him a motorcycle, he motorized a bicycle instead. Then, his mother and father abruptly died, leaving him a grief-stricken and fabulously wealthy orphan at the age of 18.

Hughes and the Movies

Howard Hughes as a teenager in an undated photograph.
Bettmann/Getty Images

In lieu of friends, young Howard Jr. had the movies. He loved them so much he decided to make them and thanks to his fortune he could. He began by producing a stinker called "Swell Hogan" that bombed. "Two Arabian Knights" won an Academy Award and then came "Hell's Angels." After a series of directors quit because working with Hughes was too difficult, he took the helm himself and poured so much money into the production that it became the most expensive film made in Hollywood at the time. It was a World War I epic full of aerial combat scenes (hence the expense), and Hughes himself piloted one of the planes. "Hell's Angels" was a massive hit and established him as a serious player in Hollywood. He would go on to produce films like 1932's "Scarface," based on the life of Al Capone, and "The Outlaw," which starred a young Jane Russell. Here, once again, his tendency to micromanage production manifested itself when he designed a specialized bra for Russell whose assets were not, in his opinion, being sufficiently optimized. Russell refused to wear the contraption, but the film was another huge success nonetheless.

He kept his hand in the production of films, even going so far as to become the first single owner of a Hollywood studio when he bought RKO Pictures. But he now began turning his attention to his other great love — airplanes. In addition to building the above-mentioned mammoth seaplane (nicknamed the "Spruce Goose" because it was constructed from wood) and besides setting the round-the-world speed record in 1937, he also bought an airline: TWA.

Never content to simply own things, he continued his derring-do exploits, until a couple of crashes finally grounded him. One of these occurred when he was piloting a prototype reconnaissance plane he was building for the military. The test flight was a catastrophe, and Hughes ended up plowing through a neighborhood in Burbank, California, miraculously failing to kill anybody, including himself. But, despite (barely) managing to survive, Hughes was never physically the same again. In fact, it was probably while recovering from his many injuries from the crash that he began to develop a dangerous, and ultimately fatal, addiction to painkillers.

For all his adventures, Hughes was a canny businessman. So canny that he was, at one point, in a virtual dead-heat with J. Paul Getty for the title of richest man in America. Sometimes what at first appeared to be an eccentric buying spree turned out to be a prescient investment. For instance, when a hotel in Las Vegas tried to kick him out because he wasn't gambling, he retaliated by buying the place. Then he decided to double-down, and triple, and quadruple and so on, buying up real estate all over the city. By the time he was done he owned more of Las Vegas than any other individual, and he began the process that transformed it from a city of gangsters into the surreal entertainment vortex we know and love today.

But wealth and brilliance couldn't forestall the effects of ill health, mental and otherwise. As the years went by, Hughes became increasingly withdrawn and isolated until, in the end, he was shuttling from hotel to hotel, hooked on codeine, health rapidly declining and minimally looked after by a few business associates. When he died in the air over northern Mexico in April 1976, he was malnourished, dehydrated and overmedicated on codeine. And although there were several other people onboard the plane, he was, in most senses of the word, alone. He had no direct descendants or immediate family and, while his estate was worth $2.5 billion ($11 billion in today's dollars), he didn’t leave behind a will.

Now That's Interesting
Hughes was a talented golfer and for a time even contemplated going pro. And just to add one more surprising story to a surprising lifetime, he once provided cover for the CIA. When the agency decided to raise a sunken Soviet sub in 1970, they asked Hughes to help out. The billionaire obligingly told the press that the CIA's salvage boat was actually part of a mining operation he was undertaking.

How Gin and Tonic Became the Ultimate Cocktail Combo

What You Should Know About Antibody Testing 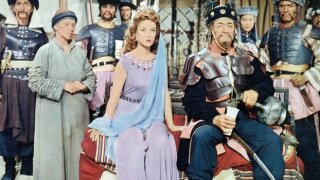 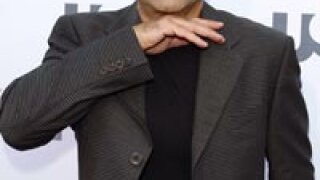 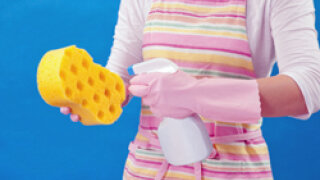