I'm sure you're familiar with Muhammad Ali, the famed American heavyweight champion boxer who coined the catch phrase "Float like a butterfly, sting like a bee." But there might be some things you don't know about the sporting figure nicknamed "The Greatest," who was the first fighter to capture the heavyweight title three times and to win a total of 56 times in his 21-year professional career.

For instance, did you know Ali was the first boxer to appear on a Wheaties cereal box in February 1999? And he was featured on the cover of Sports Illustrated magazine 38 times (second only to basketball superstar Michael Jordan).

While his history as a boxer is long and illustrious, we've compiled nine more heavy-hitting facts you might not know about the man who is considered one of the greatest sports figures of all time.

1. He Was Named After a White Abolitionist

Muhammad Ali was born Cassius Marcellus Clay Jr. in Louisville, Kentucky, in January 1942. He got the moniker from his father, who was named for a white abolitionist. The original Cassius Marcellus Clay was a wealthy 19th-century planter and politician who not only published an anti-slavery newspaper, but also emancipated every slave he inherited from his father. He also served as a minister to Russia under President Abraham Lincoln.

2. A Stolen Bicycle Got Him Into the Sport of Boxing

As the story goes, 12-year-old Clay pedaled his red-and-white Schwinn bike to the Louisville Home Show in 1954 to enjoy some free popcorn, hot dogs and candy. When it came time to leave, he discovered that his prized possession had been stolen. He reported the theft to Louisville police officer Joe Martin and vowed to beat up the culprit who was responsible. Martin — who also just happened to be a boxing trainer at a local community center — suggested that the upset youngster first learn how to fight before seeking revenge.

Martin took the skinny kid under his wing, and six weeks later, Clay won his first bout in a split decision. Clay never got his bike back, but by age 18, he had captured two national Golden Gloves titles, two Amateur Athletic Union national titles and 100 victories against eight losses. After graduating high school, he traveled to Rome, Italy, and won the light heavyweight gold medal in the 1960 Summer Olympics.

Heavyweight champion Muhammad Ali stands over Sonny Liston and taunts him to get up during their title fight. Ali knocked Liston out in one minute in the first round during their bout at the Central Maine Youth Center in Lewiston, Maine.
Bettmann/Contributor/Getty Images

3. He Was Terrified to Fly

According to Ali's 1975 autobiography, "The Greatest: My Own Story," his fear of flying developed during an hourlong flight from Louisville to Chicago in the late 1950s, when the turbulence was so bad that "some of the seats were torn from their bolts on the floor." That led to his lifelong fear, and he almost didn't fly to the 1960 Olympics in Rome.

Ali had to be convinced to travel for the games by both his coaches and the U.S. Air Force — and he never flew without a parachute. "What I was afraid of most was the plane crashing, and nothing would satisfy me until I called the Air Force and asked them to give me a record of plane flights between Rome and America," he wrote in his book. "They said they couldn't even remember the last time one had crashed. That calmed me down enough to take the flight to Rome." Ironically, years later, the Louisville Muhammad Ali International Airport was named in his honor.

4. One Tribute Book to Ali Tips the Scales at 75 Pounds

The massive tribute book,"GOAT: A Tribute to Muhammad Ali" by Jeff Koons, was published in 2004 clad in silk and bound by the official bindery for the Vatican in pink Louis Vuitton leather. (Yes, pink leather.) Its 792 pages are filled with 600,000 words and more than 3,000 images of art, photos and memorabilia. The collector's edition was limited to 9,000 numbered copies — each signed by Ali and Koons — with the first 1,000 selling for $7,500 a piece, and the final 9,000 for $3,000 each. By the way, GOAT stands for "Greatest of All Time."

5. He Was a Bona Fide Superhero

In 1978, DC Comics published "Superman vs. Muhammad Ali," which depicted the boxer defeating Superman and saving the world. Of course, that's just fiction, but in real life, Ali actually did save a 21-year-old man from suicide. It was in 1981 when the man threatened to jump from the ninth story of a building in L.A.'s Miracle Mile neighborhood. Ali's friend Howard Bingham witnessed the unfolding drama and called the retired boxer. Ali, who lived nearby, arrived on the scene, rushed into the building and successfully talked the man down from the ledge. Superhero indeed.

6. He Headlined a Broadway Show

Written in Ali's playbill bio: "He is now appealing his five-year prison conviction and $10,000 fine for refusing to enter the armed services on religious grounds. The 'Big Time Buck White' role that he has accepted is much like the life he lives off stage in reality." Although Ali wasn't known as a singer, he's listed as singing almost every song in the score, including titles such as "We Came in Chains" and "Get Down." The show ran for seven performances.

One of Ali's favorite gimmicks was making silk handkerchiefs vanish into thin air. He also could make a key flip over in his palm, restore a quarter he'd bitten in half and turn scarves into canes. His most famous trick? His levitating act, in which the champ would turn his back to his audience, put his heels together, float off the ground and hover several inches above the carpet. The feat was so good that David Copperfield even called it a "classic."

8. He Was Married Four Times

Ali wed his first wife, Sonji Roi, in 1964, and the pair went on to divorce just one year later when she refused to adopt the Nation of Islam dress and customs. He then married his second wife, 17-year-old Belinda Boyd, in 1967, and they had four children before splitting ways in 1976. Veronica Porché became his third spouse in 1977. The pair had two daughters together — including Laila Ali, who followed in Ali's footsteps by becoming a champion boxer — and divorced in 1986. Ali was betrothed to his fourth and final wife, Yolanda ("Lonnie"), in 1986. The pair had known each other since Lonnie was 6 and Ali was 21; their mothers were best friends and raised their families on the same street. The couple had one son and remained married until his death June 4, 2016, of Parkinson's disease.

A gold-medal Olympian himself, Muhammad Ali was given the honor of lighting the cauldron at the Centennial Olympic Games in Atlanta in 1996.
Alexander Hassenstein/Bongarts/Getty Images

9. Parkinson's Disease Didn't Slow Him Down

Ali was diagnosed with Parkinson's in 1984, three years after he retired from a boxing. Despite his declining motor skills, as well as limited movement and speech, the former champ stayed in the public spotlight, traveling the world to make humanitarian, goodwill and charitable appearances. He met with Iraqi leader Saddam Hussein in 1990 to negotiate the release of American hostages, and he traveled to Afghanistan as a United Nations Messenger of Peace in 2002. He also was the surprise honoree who lit the cauldron at the opening ceremonies of the 1996 Centennial Olympic Games in Atlanta, and President George W. Bush awarded him with the Presidential Medal of Freedom in 2005.

Now That's Crazy
The boxing gloves worn by Ali and Sonny Liston during their famous 1965 heavyweight rematch — where Ali knocked Liston out in the first round with a "phantom punch" — were bought in 2015 at Heritage Auctions' Platinum Night sports auction in New York for $965,000 by an anonymous buyer.

From Ancient Greece to 'Tiger King': The Hilarious History of the Mullet

What's the Biggest Dog in the World? 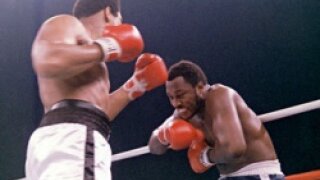 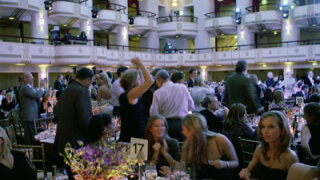 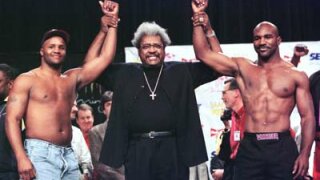 What exactly does a boxing promoter do?