Sylvia Rivera: A Pioneer of the Modern LGBTQ Rights Movement

A lot of civil rights heroes appear to come in perfect packages, above reproach. Rosa Parks was a hardworking, soft-spoken woman; Mahatma Gandhi prized modesty and peace. Yet, even some of the most praised leaders faced controversy and criticism — Gandhi has been accused of racism, and Martin Luther King Jr. has been chided for his extramarital affairs. But Sylvia Rivera, a gay and transgender rights activist, definitely did not fit a pacifist mold.

In an episode of Stuff You Missed in History Class, hosts Holly Frey and Tracy V. Wilson share the story of Rivera, who was neither quiet nor careful. Rivera became part of civil rights lore as the person who allegedly started the Stonewall riots by throwing the first Molotov cocktail at a police officer. (Rivera disputed this account, insisting she only threw the second one.)

Her legacy as an activist was hard-fought. Born in 1951, Rivera had run away from home and was living on the street in New York City by age 11. She used sex work to scrape out an existence, and was welcomed into the drag culture of the city. Rivera was only 17 when the Stonewall riots — demonstrations after a police raid on a gay bar credited with catalyzing the modern LGBTQ rights movement — took place in 1969, but they galvanized her and other protesters to act.

As a trans activist, Rivera wasn't just fighting for the rights of gay people. Rivera was extremely keen and vocal about including transgender and gender nonconforming people in the movement for civil rights. (It should be acknowledged that terms describing gender identity have gone in and out of preference; Rivera used the terms "transvestite" or "transgender" at various stages, for instance, and later shrugged off any label for herself.)

Getting the "mainstream" gay rights movement to include trans or gender nonconforming people wasn't an easy sell, however. Rivera was extremely involved in the Gay Activists Alliance lobby of the New York City Gay Rights Bill, and was even arrested for gathering signatures for its petition. But she was devastated when her fellow activists pulled trans and drag rights from the bill to cater to a straight audience. "As badly as I knew this community needed that bill, I didn't feel it was justified for them to have it on my sweat and tears, or from my back," Rivera said in a 2001 talk.

But that's just a peek at what Sylvia fought for. Join Tracy and Holly as they give you more of a glimpse into Sylvia's life and legacy, and the history of the LGBTQ civil rights movement's early days on the below episode of Stuff You Missed in History Class. 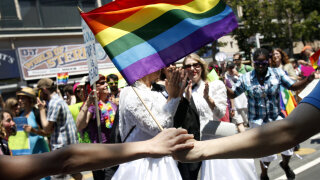 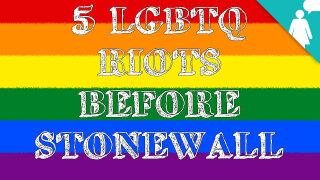 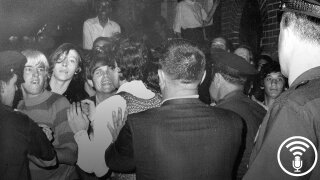