This 'Enchantress of Numbers' Was the World's First Computer Programmer

If you're surprised that the first computer programmer in the world was a woman, just wait; her story gets even more interesting. Ada Lovelace was also the daughter of famous poet Lord Byron and accomplished her work during a time when women rarely studied mathematics and science. How Lovelace became an accomplished mathematician and computer programmer is the subject of "The Ada Lovelace Episode: Who was the Enchantress of Numbers?" from the podcast Stuff You Missed in History Class.

Lovelace was born Augusta Ada Byron in 1815, the daughter of Lord Byron and the wealthy Isabella Milbanke. The two had a stormy marriage, and her father left the family almost immediately after her birth, never to see her again. Milbanke was furious with her ex and insisted her daughter steer clear of poetry, which she blamed for Byron's wanton and unstable behavior. Instead, Lovelace was forced to study science and mathematics, the latter being Milbanke's own area of expertise. This was unusual for wealthy young ladies at the time, who typically only pursued artistic subjects such as music and painting.

Fortunately for Lovelace, she had an aptitude for math. When she was in her late teens, she met Charles Babbage, an accomplished mathematician and inventor. Babbage, today known as the father of the computer, had invented the difference engine, a machine that performed simple mathematical calculations. Now he was working on an analytical engine that would be able to perform more complex computations. He showed Lovelace a small, working section during their initial meeting, and she was fascinated.

Soon Lovelace became Babbage's protégé; it was Babbage who would eventually nickname her the Enchantress of Numbers. But in 1835, shortly after the two began working together, Lovelace met and married a baron named William King. The couple had three children in quick succession, causing Lovelace to temporarily halt her studies. (During this time her husband became Earl of Lovelace and she the Countess, hence her surname.)

Not too long after their third child was born, Lovelace returned to work with Babbage. One of the first things she did was translate an article on his analytical engine from French into English. The translation was published in an English science journal in 1843. But the work also included Lovelace's own extensive thoughts and ideas on the machine — material that was three times longer than the original article.

Because her notes discussed how the machine could be programmed to calculate Bernoulli numbers (considered by some to be the first algorithm carried out by machine), Lovelace is viewed as the world's first programmer. More impressively, her notes contained visionary references to the fact that the machine could also be used to create music, text, pictures and sounds — essentially today's modern computer — while Babbage thought it could only perform numerical calculations.

Lovelace died of cancer at age 36. Her computing ideas were so advanced they weren't recognized until the 1940s, nearly a century later. In 1979, the U.S. Department of Defense named its new computer programming language "Ada" in her honor.

NOW THAT'S INTERESTING
Charles Babbage was executor of Ada Lovelace's will. Lovelace requested to be interred next to her father, Lord Byron, even though he hadn't seen her since she was an infant. Both died at age 36.

Stonehenge Was the Final Resting Place of Foreigners, Study Finds 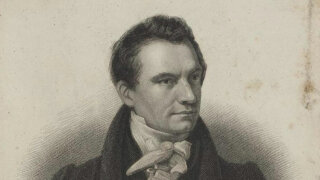 Who Invented the Computer? 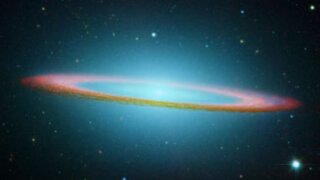 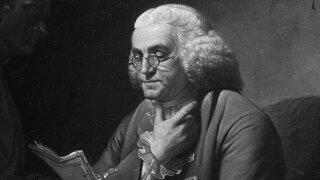 Who was the first scientist?