Where in the World Is Myspace Tom?

Everyone remembers their first friend. The familiar smile, the kind eyes. The casual over-the-shoulder pose, early 2000s Caesar cut, and plain white T-shirt set against a series of scribbles on a dry-erase board. Wait, we're talking about Myspace friends, right?

Whether you know him as one of your Top 8, Myspace Tom, or the Mona Lisa of profile photos, Tom Anderson is an internet icon. Before Facebook became the preferred tool for building connections online and spying on exes (later becoming the preferred tool of opinionated relatives posting unsolicited political rants), Myspace was the social media king. Along with ad executive Chris DeWolfe, Anderson co-founded the site in 2003 as a response to older-old-school online buddy system, Friendster. While Friendster didn't permit pseudonyms, Myspace emerged as a safe haven for invented personas of all kinds. Users could customize their profile pages in myriad ways, adding colors, music, and of course, interchanging their chosen eight pals to showcase to the world.

It didn't take long for Myspace to take over the web in a big way — within three-and-a-half years it surpassed Yahoo as the most popular site in the United States, and Rupert Murdoch wound up purchasing it for $580 million and appointing Anderson president. (He sold it a few years later for $35 million. Ouch!) But the internet, as we all know, is a fickle universe. A few years after its heyday, Myspace's numbers began to pale in comparison to social networking wunderkind, Facebook. By 2009, Facebook was logging 307.1 million global visitors per month while Myspace racked up just 123.3 million. Anderson had by then transitioned into an advisory role and felt ready to call it a day — he left the company for good that year.

So where exactly does a retired 38-year-old multi-millionaire go from there? Well, if he's Anderson, he goes literally everywhere. Since stepping down from Myspace, the self-proclaimed "former 1st friend" has become a successful travel photographer, snapping stunning pics of places all over the world, including his homebase of Hawaii, Thailand, Iceland, and more. At the ripe old age of 48, Anderson leans on the earnings from his Myspace empire to fund his passion, which he discovered after attending Burning Man in 2011. "I took photos at the event and couldn't believe that was coming from my own camera. I was hooked instantly," he wrote to Architectural Digest in a 2017 email. And while he'll forever be known as the internet's first friend, Anderson prefers sweeping views to human interaction in his current line of work. "On the rare occasion I get people in my landscapes and scenes, it's mostly never planned. I'm a little shy about it," he told ABC in 2014.

Now That's Interesting
In March 2019, Myspace admitted it had accidentally deleted 12 years' worth of photos, videos and music uploaded to its site, due to a server migration error. This means anything before 2015 is unlikely to be found. Although the numbers of Myspace users is a drop in the bucket of what they used to be, the platform was still well-known as a launching pad for artists such as Taylor Swift and Calvin Harris.

How to Get the Gig as a Super Bowl Official 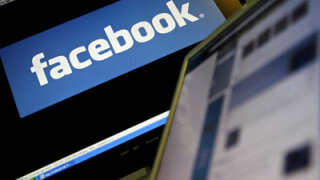 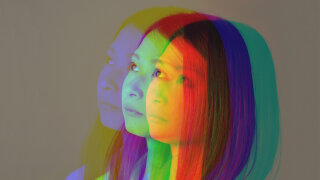