Ridiculous History: How an Irish Beer Became the Authority on World Records

From the world's longest paper airplane flight to the world's largest beer tasting, Guinness World Records has tracked global achievements and oddities since the 1950s. The brand employs hundreds of people in locations ranging from London and New York to China and Japan who catalog pogo-stick races and unusually large cats with the same solemnity as summit climbs and Paralympic sports.

So just how did Guinness, a Dublin, Ireland-based producer of a particularly notable stout beer, become involved in chronicling and adjudicating world records? The fact that the world record catalog authority and Guinness beer share a name is much more than a simple coincidence, although these days Guinness World Records and the beer company are no longer officially linked.

While there's no record of anyone saying, "Hold my beer and watch this," there is a historic account of a discussion between Sir Hugh Beaver, managing director of the Guinness Brewery, and his hosts during a European hunting expedition that started it all. In 1951, Beaver shot at a game bird and missed, leading the party to wonder about the fastest game bird in existence.

"They failed to find any reference to information relating to the fastest game bird in Europe," says Peter Harper, a senior vice president at Guinness World Records.

The lack of information continued to nag Beaver, who went on to discover that there was no single official record of the fastest game bird — or much of anything else, for that matter. With the help of Norris and Ross McWhirter, journalists who also were brothers, Beaver amassed records into a book published in the summer of 1955. The 50,000 copies of the book, complete with water-repellent covers, were meant primarily as promotional items for the Guinness brewery, but Beaver soon realized he'd tapped into a public curiosity much like his own. And, not only did lots of people want to know who and what held the world record for all manner of things, they wanted to hold world records of their own.

"Since the first edition of the Guinness World Records book — which was known then as the Guinness Book of Records — in 1955, we have been committed to inspiring individuals through reading, watching, listening and participating in record breaking," Harper says.

Guinness World Records receives thousands of applications each month, most of which are for new records set in categories that didn't exist in 1955, such as body modification. The most pierced man in the world, according to Guinness World Records, is Rolf Buchholz of Dortmund, Germany. He has 453 piercings on his face and body. And Robert Pershing Wadlow (1918-1940) remains the world's tallest man who ever lived at 8 feet, 11 inches (271 centimeters), though these days Turkish national Sultan Kosen holds the record at 8 feet, 3 inches (251 centimeters) for tallest living man.

The curiosity compendium that built GWR into a global brand is now owned by the Jim Pattison Group — the same company that owns Ripley's Believe it or Not! — has evolved into an events platform as well.

"Thanks to Sir Hugh's initiation of this reference book and the dedication of our various Records Managers and the public over the last 61 years," says Harper, "we've become the global authority on record breaking as we continue our mission to research, measure, document and authorize on the world's superlatives."

And with some perseverance, the title of world-record holder is open to anyone willing to, say, grow your fingernails for as long as possible. What could be more thrilling than that?

In 1997, smooth jazz sax man Kenny G set a world record for holding the longest saxophone note in history at New York's J&R Music World. He held an E-flat for 45 minutes, but the record was taken from him in 2000 when musician Vann Burchfield held a no...
Mitchell Gerber/Corbis/VCG/Getty Images
Now That's Cool
Because Guinness World Records was founded by a beer company, it seems only fitting to highlight a beer-related record. The largest glass of beer (550 gallons, 2,082 liters) to hold the title stood at 7 feet, 4 inches (2.23 meters), a record still waiting to be broken.

Which Country Is the Most Empathetic? (Hint: It's Not the U.S.)

Encouraging Words Can Change the Trajectory of Female STEM Students 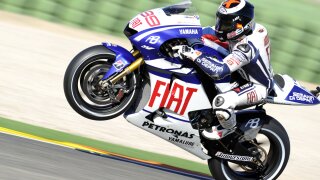 Could You Break These Records? [QUIZ]

How Long Can Human Fingernails Grow?