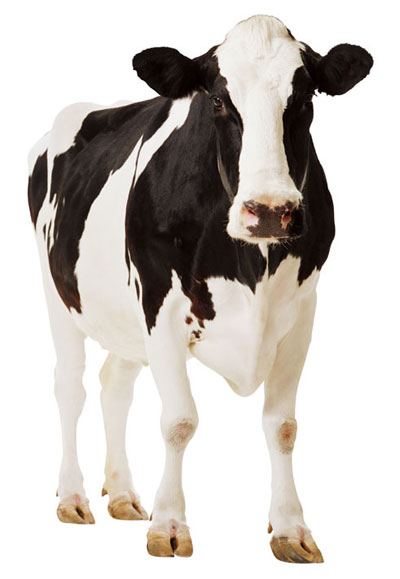 In all of history, no cow is more infamous than Mrs. O'Leary's. The farm animal was accused of kicking over a lantern and starting the Great Chicago Fire on Oct. 8, 1871. The fire, despite its humble origins in a barn, was ferocious. It destroyed 3.5 square miles of the city and left 120 people dead and thousands more homeless. Losses were estimated at $200 million [source: Gove].

Mrs. O'Leary lived with her husband and five children at 137 DeKoven Street in Chicago. The O'Learys were a poor family; Mr. O'Leary worked as a laborer, and Mrs. O'Leary kept her infamous cows in a backyard barn and sold their milk to the neighbors.

After the fire, newspapers immediately pointed fingers at Mrs. O'Leary. The Chicago Tribune claimed that Mrs. O'Leary had a motive for starting the fire. She'd been on welfare, but when the city learned that she sold milk on the side, it cut her off. In response, the peeved Mrs. O'Leary swore her vengeance on the city, the paper claimed. And now she'd had her retribution.

Other newspapers were a bit more gracious. They reported that the fire was an accident -- that a kerosene lamp was knocked over during milking, either by the cow or by Mrs. O'Leary.

Mrs. O'Leary maintained, however, that her entire family was asleep in the house when the fire started. The official inquiry into the fire -- despite its over one thousand pages of testimony -- did not determine the exact cause of the fire. But the damage to Mrs. O'Leary was done, and she and her cow have lived on in Chicago legend.

Historians generally agree that the fire started in the barn behind the O'Leary home. But did the cow really kick over a lantern? Was someone besides Mrs. O'Leary to blame? Several other characters lurk on the edges of this crime scene. Let's take a look at these possible culprits on the next page.

Why did the fire spread so quickly?

Regardless of how the fire started, why weren't the fire fighters able to put it out? In the case of the Chicago fire, it was one heaping of bad luck after another. Chicago was unusually dry that summer, and there was a strong wind on the night of Oct. 8. At the time, about 90 percent of the buildings were constructed of wood, connected by 56 miles of wooden streets and 561 miles of sidewalks [source: Fedler]. For a city of 300,000, there were only 200 firemen. And they have fought a huge fire the night before, which resulted in damaged equipment and exhausted men. Some of the fire engines went to the wrong address. The fire destroyed the building that stored the city's water pumps, and attempts to draw water from Lake Michigan failed. The fire raged through Chicago until burning out the following evening, aided by the first significant rainfall in months.

Rounding up the Chicago Fire Suspects

Mrs. O'Leary had five cows, a calf, a horse, two tons of hay, and two tons of coal in the barn in her backyard. Fire hazard? Yes. But this barn and its contents were her livelihood, and they were not insured. Why would Mrs. O'Leary let her business burn to the ground without running for help? Mrs. O'Leary claimed that she never milked her cows in the evening, and furthermore, she was asleep -- in bed early that particular night with a sore foot.

Mrs. O'Leary testified at the fire inquiry that her neighbors threw a party the night of the fire in the home directly in front of hers. She said she was told later that some party-goers had been spotted going into her barn -- they wanted milk from her cows for either an oyster dinner or a milk punch. Mrs. McLaughlin, the hostess of the party that night, however, said that she served neither dinner at her party nor a punch that required milk.

In 1882, some suggested that Biela's comet had caused the fire. Biela's comet was split into pieces, and the impact of the blast sent large fragments toward Earth. The theory claims that the fragments contained highly combustible chemicals that exploded upon impact, starting not just the Chicago fire, but other fires that burned that night, including fires in Wisconsin and Michigan. While scientists say that meteorites cannot sustain enough heat to ignite fires once they enter Earth's atmosphere, this theory continues to reemerge, most recently in 2004.

One person has even confessed to starting the fire. Louis M. Cohn, a wealthy importer in Chicago, claimed that when he was 18, he was gambling with one of the O'Leary boys in the barn when they accidentally knocked over a lantern. Cohn's story, which included a boastful remark that he was winning when the fire ended the game, did not emerge until after his death in 1942.

With all these different theories, it's difficult to put a finger on the culprit. Yet one man thinks he has figured out who set the fire. We'll take a look at his theory on the next page.

Did a reporter make up the story of Mrs. O'Leary's cow?

The tales about Mrs. O'Leary's cow remained the most popular, though. Forty years after the fire, a reporter named Michael Ahern admitted to making the story up so that his article would be more interesting. Others say that several reporters made up the story, but Ahern got the byline. No matter the source, other papers picked up the story and it spread throughout the United States.

Pinning it on Peg Leg Sullivan

Daniel "Peg Leg" Sullivan was a neighbor to the O'Learys. As you might guess, he had one wooden leg. When Sullivan testified in front of the inquiry board, he said that he had gone to visit the O'Learys around 8 p.m. and that Mrs. O'Leary was in bed. After his visit, Sullivan started for home. On the way, he paused at the curb in front of William White's home to enjoy his pipe. It was at that moment that he spotted the fire at the O'Learys and ran for help, crying "Fire!"

Richard Bales, a lawyer for a title insurance company in Chicago, published an article in 1997 that explores Mr. Sullivan's testimony. Bales had access to the property records kept by his company and with those records he was able to determine the layout of the houses, barns and fences in 1871. What he found cast doubt on Sullivan's story.

After mapping the properties, Bales determined that Sullivan would not have been able to see the fire in the barn because his view would have been blocked by another home. Additionally, Sullivan, given his peg leg, could not run very fast. Yet, he claimed that he ran 193 feet (about half the length of a football field) to try to extinguish the fire and then was able to escape the burning barn. Sullivan simply couldn't have done all this without being injured by the fire, Bales argues.

Sullivan also claimed he walked past his own house to smoke a pipe in front of William White's home. But why did he walk so far? Bales thinks this was his alibi; it put him close enough to the fire to see it, yet no one at the McLaughlins' party, who would have seen him standing in front of his own home, could challenge him.

Bales argues that Sullivan was in the barn that night. Perhaps he was smoking, or perhaps he knocked over a lantern. But he started the fire. When he realized it could not be extinguished, he ran to the O'Learys to alert them. When Sullivan's fire burned down much of Chicago, he was probably more than happy to allow Mrs. O'Leary to take the fall.

Questionable testimony from another neighbor leads Bales to believe that Sullivan might not have been alone. Dennis Regan lived about a block away but was at the scene. He testified that he heard someone yelling that there was a fire, and he jumped out of bed to help. It seems unlikely that a neighbor a block away would know about the fire before even the O'Learys did. So Bales thinks he might have been in the barn as well.

In 1997, convinced by Bales' work, the Chicago City Council passed an ordinance exonerating Mrs. O'Leary of all guilt in the fire.

We'll probably never know for sure what happened on the night of Oct. 8, 1871, and the legend of the O'Leary cow will likely live on. For more information on the Chicago fire, view the links on the next page.

Why has the story of the O'Learys' cow become so popular? At the time, blaming the O'Learys fed on the anti-Catholic and anti-immigration sentiment of the time [source: Smith]. People also found humor in the idea that mighty Chicago had fallen to a simple cow. The story has been reinforced through pop culture references over the years, including a campfire song (lyrics can be found at the National Institute of Environmental Health and Sciences web site) and a 1938 film called In Old Chicago.