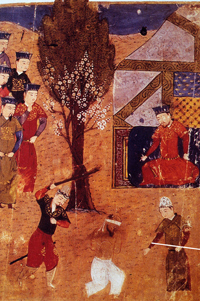 Genghis Khan (shown seated in this tapestry) is said to have killed 1,748,000 people in a single hour. Did he really? Amazing fact: No.
MPI/Getty Images

Now that the Cold War is over, Genghis Khan's role as the father of Mongolia is once again being celebrated. Under Soviet rule, Mongols couldn't even utter Khan's name aloud. Now, however, the Mongolian people can visit the ruler's recently discovered tomb. So many related products have appeared in recent years that the Mongolian government is considering copyrighting "Genghis Khan" to protect the integrity of Khan's name.

This resurgence in popularity has also made some people reconsider Genghis Khan. Was he a bloodthirsty heathen, or a fair and just statesman? Although his reign left behind no tangible artifacts -- like architecture or art -- does Khan's role as champion of diplomacy, religious tolerance and equal rights for women serve as legacy enough? And what of the incredible bloody legends that surround Genghis Khan?

Perhaps no other historical figure has as much death directly attributed to ­him than Genghis Khan. A quick glance at the many lists of his supposed deeds yields a recurring and s­tartling attribution: Genghis Khan is said to have once killed 1,748,000 people in a single hour.

While Khan inarguably killed his fair share of people, it's impossible that he -- or anyone else -- personally ever took as many lives in such a short time. For Khan to have killed that many people in an hour, he would have had to take 29,133 lives per minute.

It's clear this isn't possible, but what's the story behind this amazing, although untrue, legend? And why such an oddly specific number? Find out in the next section. 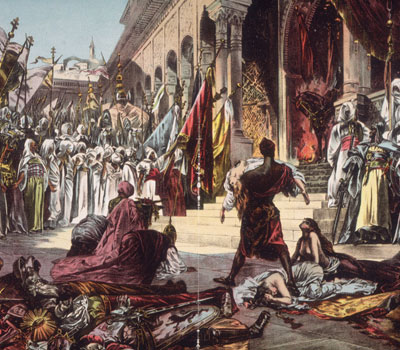 How 'Pretty Boy' Floyd Became the FBI's Public Enemy No. 1
7 Beautiful Facts About Aphrodite
Inside Yellowstone's 'Zone of Death' Crimes Can't Be Prosecuted