by Laurie L. Dove Feb 7, 2017
Multiple global traditions tell the story of a great flood, and the Noah myth is one of the most well known today. StockFinland/Getty Images

While this version of Noah's Ark is the main attraction at a Christian theme park (there are more like it around the globe, including in Hong Kong), many believe a real and ancient ark is awaiting discovery under layers of sediment and rock. Others believe that the remnants of Noah's Ark may already have been found.

As Stuff They Don't Want You to Know hosts Matt Frederick, Ben Bowlin and Noel Brown explore in this episode of the podcast, the search for Noah's Ark has been ongoing for centuries — and so has the story of the Ark itself, with versions spanning Christianity, Islam and Judaism, and appearing in nearly every culture:

According to the biblical myth, Noah receives messages from God telling him to build a wooden boat that will ensure the safety of Noah's family, and a famously vast assortment of animals, during a massive flood that will sweep across the planet. Seven days before the flood begins, God tells Noah to enter the Ark with the members of his household and pairs of every animal. Noah obeys, and after months afloat — so the story goes — the Ark comes to rest atop a mountain. Some traditions say it's Mount Ararat, others Mount Judi. Regardless, Noah's family, and all the animals aboard, survived the flood.

The trouble is, experts doubt an ancient worldwide flood ever happened, because it would require more than five times the amount of water in the world's oceans and atmosphere to put our entire planet underwater up to its mountaintops. Experts cite atmospheric pressure as another sticking point, saying that if enough water entered the atmosphere to cover existing mountain ranges, it would result in lung-crushing atmospheric pressure.

However, this doesn't mean the story isn't "true." Religious tomes are filled with allegories. According to the Noah's Flood Hypothesis of geologists William B.F. Ryan and Walter C. Pitman of Columbia University, water from melting ice caps may have flooded the Mediterranean Sea as the last Ice Age came to a close around 5600 B.C.E. As the water tore through the Bosporus Strait and reached the Black Sea, it would have flooded more than 60,000 square miles (155,400 square kilometers) of land. And, in 2007, researchers published what they said was evidence of flooding in that same region — though other scientists disputed those claims.

But what about evidence of the Ark? It's reportedly been found — several times. In 1993, "The Incredible Discovery of Noah's Ark" aired on CBS, complete with claims that the host was holding a shard of wood from the Ark (which later turned out to be fake). In 1999, Robert Ballard, the same explorer who found the Titanic's underwater remains, failed to prove his hypothesis that Noah's Ark was at the bottom of the Black Sea.

There are even CIA photos of the top of Mount Ararat. Released to the public in 1999, the photos show a large dark area that looks like a wooden structure frozen in ice. However, experts say an Ark frozen in a glacier would probably not be at the top of a mountain, but would have been pushed to another location with shifting ice.

A miniature in a 16th-century Ottoman manuscript illustrates the story of the prophet Noah and his ark.
De Agostini/G. Dagli Orti/Getty Images

In 2009, a crew from Noah's Ark Ministries International claimed to have found the remnants of a biblical Ark atop Mount Ararat in modern day Armenia. Their claims that the carbon-dated remains dated to the same time period as Noah's Ark were later disproven.

Could someone really have saved all the world's animals in a single boat? Well, it's not entirely impossible, sure, but as many experts say, it's supremely implausible. However, many of Earth's regions have a history of flooding, making it conceivable that someone could have at one time built a boat to save a lot of people and animals. Consider it one of the earliest instances of doomsday prepping.

And you know us humans. Given time, stories have a tendency to grow — sometimes to biblical proportions.

Now That's Interesting
A Dutch carpenter built a $4-million, half-size replica of Noah's Ark in the hopes that he could put it on a barge and bring it to the Brazil in time for the 2016 Summer Olympics. However, his vastly underfunded project failed, and his Ark is still moored in Dordrecht, about an hour south of Amsterdam. 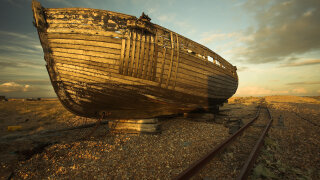 Stuff You Should Know: How Noah's Ark Worked [AUDIO PODCAST] 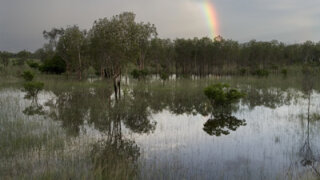 Was there really a great flood?