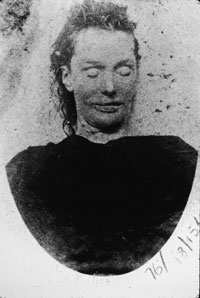 The mortuary photo of Elizabeth Stride, one of two prostitutes who were murdered in the Whitechapel district of London on September 30, 1888 by Jack the Ripper.
Express Newspapers/Getty Images

It must have been particularly unsettling to be a prostitute in London, England in 1888. In addition to the usual dangers that accompany such a profession, in the fall of that year, a madman -- a butcher of women -- was on the prowl in the city's East End. At least five women were murdered by a serial killer who'd led them to believe he was merely a customer. They met their ends in a most brutal fashion, and the crimes became known as the Ripper murders.

In one case, a victim's kidney was removed and taken as a souvenir. In another, the victim's sex organs were dissected. An equally gruesome case involved an interrupted amputation in which the killer left behind a partially removed leg. The city was whipped into a frenzy by news of these horrible murders. The press called this monster "Jack the Ripper." The killer was bold, murdering his victims on the street in some cases, and leaving their eviscerated remains for any casual passerby to find.

According to popular belief, there were other victims, including one woman whose torso was discovered beneath a tarp and her arms and legs found floating in the Thames River. The London constabulary (police department) ultimately attributed five murders, all female prostitutes, to the Ripper. These serial killings took place between Aug. 31 and Nov. 9, 1888. Two took place within an hour of each other on Sept. 30. That fall, London became a place of fear.

And then, as quickly as it began, the killing spree stopped. Jack the Ripper withdrew into the shadowiest corners of history.

For more than a century, countless people have doggedly pursued the true identity of Jack the Ripper. These Ripperologists use historical research and analysis from the London police and Scotland Yard's 19th-century investigation to guide their efforts. Amateur criminologists and historians have nominated dozens of possible suspects in the case, none of whom have been definitively identified as Jack the Ripper. So the quest continues.

In 2002, popular crime fiction novelist Patricia Cornwell advanced her own theory of Jack the Ripper's identity. She released "Portrait of a Killer: Jack the Ripper -- Case Closed," a nonfiction book in which she identifies her Ripper suspect. On the next page, find out why Cornwell is certain a well-known 19th-century British artist is Jack the Ripper. 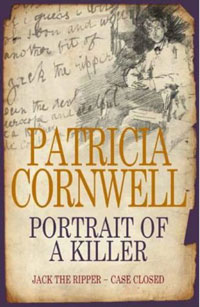 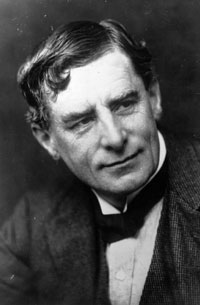