The Legacy of the Wunderkammern 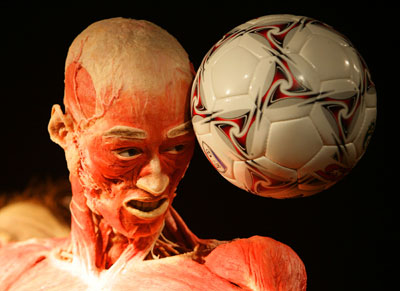 Without the preserving techniques and morbid insight into the human condition provided by early wunderkammern curators, exhibits like Body World (on display in Manchester, England in 2008), may not exist.
Christopher Furlong/Getty Images

Our awareness of the biodiversity among flora and fauna on Earth allows us to understand the importance of sustaining life at all levels. And while you may not know the intricacies of human anatomy, in a pinch, you can probably find someone who does. We may take knowledge of these things for granted  -- we can fulfill our curiosity by simply opening a book or searching on the Internet. But this vast availability of information comes to us from the spirit of inquiry fostered by the wunderkammern.

When the Kunstkamera, Ashmolean and other museums opened to the public, they provided a model for future museums. They provided depositories of knowledge from which scholars around the world could draw. Ordinary citizens could follow Frederik Ruysch's motto of "Come, see and judge, believe only your own eyes" ("Vene, vidi et judicia nil tuis oculis") [source: Kunstkamera]. These early museums also represented a departure from the hallmark of cabinets of curiosity: odd juxtaposition. Museums' contents were put into context. The collections became divided along thematic lines. Relics from old and distant cultures were housed in anthropological and ethnographic museums. Specimens of exotic flora and fauna and anatomical items were classified in natural history and medical museums. The display of collections without rhyme or reason became relegated to the kitschy, campy, and exploitative.

But cabinets of curiosity never strayed too far from human awareness. It's perhaps our natural attraction to repulsion that has continued our interest in wunderkammern and their descendants to this day. One could argue that the Weekly World News may never have enjoyed its 28-year print existence without the wunderkammern. In addition to scientific inquiry, there's a certain amount of morbid curiosity to any wunderkammer. After all, who can gaze upon a preserved baby arm floating in a jar and not be simultaneously repulsed and intrigued?

If the descriptions of wunderkammern remind you a bit of today's carnival freak show, fear not. There's a fine distinction between side shows and wunderkammern: One exploits the bizarre for profit, while the other exhibits the bizarre for scientific advancement. They appear to have evolved side-by-side, as well. In fact, one of the specimens in Peter's collection actually made the jump from carnival to wunderkammern. Peter found a French giant named Bourgeois (whose mother, ironically, was a dwarf) at a carnival in 1717. The czar paid the giant to be his servant until 1724, when Bourgeois died and his body was subsequently put on display in the Kunstkamera, alongside his preserved, oversized heart [source: Anemone].

A similar collection to the early Kunstkamera items can be found in the United States. The Mutter Museum in Philadelphia houses strange medical specimens, like preserved cross sections of a human face and the skeleton of a human who suffered from fibrodysplasia ossificans progressiva -- a genetic disorder that causes bone to grow in place of muscular tissue.

The spirit of wunderkammern is alive and well in other quarters of American curation. In 2002, the New York Public Library held a "Cabinet of Curiosities" exhibit. The collection featured a copy of Ray Bradbury's "Fahrenheit 451" bound in an asbestos cover, eyeglasses belonging to Jesse James' mother, a pencil made by Henry David Thoreau and a copy of the "Gay Monopoly" board game [source: NYPL].

And there are still plenty of curio shops that resemble and owe their lineage to wunderkammern. Like that odd little shop you walked into at the beginning of the article. Go ahead, have a look around.