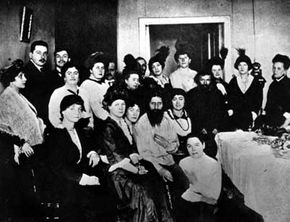 Rasputin -- ladies' man. The mystic's combination of sexuality and religion had a way with Russian women.
Hulton Archive/Getty Images

Perhaps it was Rasputin's eyes that pierced his way into history. The mystic and advisor to the Romanov family in Russia became known for his entra­ncing gaze that seemed to hypnotize people. Equipped with what some described as secondary vision and a knack for healing, Rasputin climbed the rungs of Russian society, gaining the reputation as both a savior and a demon.

The religious advisor, called a starets, was beloved by Czarina Alexandra, wife of Czar Nicholas II, and worked his way from peasant to the most influential man in Russian court in a decade. The closer he became to the royal family, the more wary people became of his immense sway with the czarina in particular. Coupled with the rising civil unrest and wartime depression that raged outside of the palace, Rasputin became a public symbol of the disconnection and corruption of the ruling class.

Born Gregory Efimovitch Rasputin in 1869 in Siberia, his religious roots trace back to the popularly reviled sect called the Khlysts [source: Mohynahan]. Rasputin first encountered the Khylsts in a monastery, practicing their mix of religion and sexuality [source: Wilson]. They practiced a form of flagellation, or beating, in group settings that culminated in sexual activity, with the belief t­hat salvation requires engaging in sinful activity with others to drive it out of them. Those sexually-driven principles would eventually follow him into the royal palace.

Travelling around Russia and building his reputation as a preacher and healer, Rasputin travelled to St. Petersburg in 1905. There, he was introduced to Nicholas and Alexandra for the first time, although it isn't clear by whom [source: Wilson]. A year later, he gained acceptance into their inner circle.

How did Rasputin work his way into the royal family's confidence, and why did other people quickly become wary of the bearded mystic? Read the next page to find out.

Rasputin's Ascent to the Top 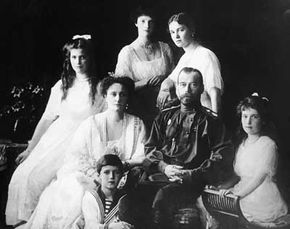 Rasputin's success with the Romanovs hinged on their only son Alexis. The heir to the Russian throne suffered from hemophilia, a hereditary disorder in which the blood does not properly clot. Medically untreatable at the time, Alexis' condition was of the utmost concern to the czarina since the royal lineage depended on his assuming the throne. Brought in because of his known mystical powers, Rasputin reportedly healed Alexis, or at least eased his pain, for the first time in 1906 [source: Gelardi].

Although no one knows exactly what he did, Rasputin was able to stop Alexis' internal bleeding. Some speculate that he may have used hypnotism, healing prayer or simply acted as a calming force for the family [source: Gelardi]. At one point in 1912 when Alexis' internal bleeding started again after he fell off a horse, Rasputin told the czarina via telegram not to worry and that the boy would survive the night. When Alexis recovered the next day, it cemented the czarina's trust in Rasputin.

During this time, other people in the government were working to thwart Rasputin's growing relationship with Nicholas and Alexandra. Prime Minister PeterStolypin did not trust Rasputin and his hypnotic abilities. Gathering information about the starets' sexual escapades as well, Stolypin planned to have Rasputin ousted from court in 1911. But he would never accomplish that goal since he was shot while attending the opera and died three days later that same year. Some suspected Czar Nicholas arranged the murder, but it was never proven [source: Moynahan].

Stories of Rasputin began to proliferate among the Russian people in 1910 when his name first appeared in the newspaper [source: Crankshaw]. His infamy only spread after the 1912 healing incident. Although Czar Nicholas would waver in his regard for Rasputin in the following years, Czarina Alexandra only became closer to him. Rasputin referred to the royal couple as "Mama" and "Papa."

In general, the Russian population had grown weary of the Romanov family. And the entrance of Russia into World War I in August 1914 only deepened their dislike for the family. When Czar Nicholas left the palace to take over command of the army, he left Alexandra in charge of domestic affairs. By default, that put Rasputin in a position of great authority, given that he was her top advisor, allowing him to stack some of the government posts with well-paying friends.

That year, Rasputin endured the first murder attempt on his life. On June 16, a woman named Khioniya Kozmishna Guseva stabbed Rasputin in the lower stomach outside of his home [source: Moynahan]. Possibly a woman that Rasputin had "ministered" to in prior years, the attempted murderer left a potentially deadly wound that the mystic healed from a few weeks later.

In 1916, while the military situation worsened abroad, a group of men gathered to plan how they would bring the mystic down. But their plot to kill Rasputin would prove harder to pull off than expected. Read the next page to find out why. 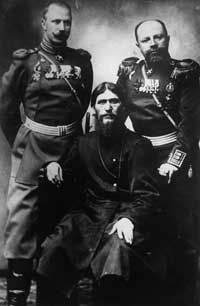 When Prince Felix Yusupov invited Rasputin to his home on Dec. 29, 1916, it wasn't for pleasantries. Married to the niece of Czar Nicholas, Yusupov plotted with a group of nobles to murder Rasputin in an effort to save Russia from imminent collapse.

Since the details of the night rely on eyewitness testimony, disputes have arisen regarding what exactly happened. Generally, historians believe that the prince wooed Rasputin to his home with the prospect of meeting his attractive wife. Yusopov laced pastries and wine with enough cyanide to poison several men. However, after Rasputin arrived and began eating and drinking, the poison had no effect, and Yuspov panicked. Determined to end Rasputin's life, Yusupov pulled out a gun and shot Rasputin, striking him in the back [source: Yusupov].

After Rasputin fell to floor and was presumed dead, Yusupov and his friends celebrated upstairs. A little later, Yusupov checked on the body. The prince checked the pulse, feeling no sign of life and even shook Rasputin. Somehow still alive, Rasputin opened his eyes, which Yusopov described as the "green eyes of a viper" [source: Yusupov], and he attempted to escape. Yusopov and his co-conspirators chased Rasputin out into the yard, shooting him two more times and beating him with a rubber club. To ensure he didn't rouse again, the men tied Rasputin in a blanket and dumped his body into the Neva River.

Adding another layer of mystery to Rasputin's death, his body was found with his right arm outstretched, presumably to make the sign of the cross, indicating that he was still alive when he hit the water and managed to partially free himself [source: Wilson]. The autopsy report listed hypothermia from the freezing water as Rasputin's cause of death. However, the autopsy also revealed that he had been shot in the forehead, leading some to believe that he must have been dead before being dumped in the Neva River [source: Moynahan]. Interestingly, it showed no evidence of poison in the body.

The murder investigation was brief since Yusopov and his friends' involvement was well-known [source: Moynahan]. Additional factors about the specifics of Rasputin's death have floated around over the years, including whether he was castrated by his murderers.

Months later, the Romanov dynasty collapsed with the Bolshevik Revolution in 1917. A letter reportedly written by Rasputin that his secretary Simanovich recovered after the czarina's death prophesied his demise along with the royal family's. He wrote, "if it was one of your relations who have wrought my death, then no one in the family…none of your relations will remain alive for more than two years" [source: Wilson]. On July 16, 1918, Nicholas II, Alexandra and their five children were murdered by revolutionaries.

More recently, retired Scotland Yard detective Richard Cullen and historian Andrew Cook proposed a new theory behind Rasputin's death. In 2004, they claimed that his death stemmed from a British Secret Intelligence plot involving two officers, Oswald Rayner and John Scales. They based their conclusions on a connection between Yusupov and Rayner and information Scales had recorded on Rasputin [source: BBC].

Similarly, it was proposed in 2007 that a British conspiracy hatched by Prime Minister David Lloyd George led to Rasputin's murder [source: Blomfield]. Both theories are based on Russia's important role in World War I for Britain. With Russia fighting Germany from the East, it provided an important buffer for the Allies since the Germans could not use all of their strength for combat in the West [source: Blomfield].

While neither of the theories has gained much acceptance among historians, Rasputin's death remains one of the most fascinating. To learn more about Russian history, read the links on the next page. 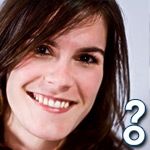 Researching Rasputin's death was like unraveling a historical mystery, since the events surrounding it were almost too bizarre to be true. Imagine what it would be like if America's first family befriended a fringe mystic and allowed him to squat at the White House. And not only that, imagine that this mystical healer, whose religious practice also involved sexual orgies, became so intimately connected with the president and first lady that he'd take to calling them "Papa" and "Mama." Congress would probably figure out a way to finagle an impeachment. That's more or less what happened when Rasputin, an itinerant mystic, met Czarina Alexandra and wooed his way into a role as Russia's top government adviser for a decade.

While writing the article, I wanted to pass along the same fascination that gripped me as I learned about this iconic figure in Russian history. By framing the article around the details of Rasputin's death and the conspiracy theories that have since cropped up since, I tried to grant equal importance to the details of the mystic's life and also his murder. Because even after death, Rasputin and his "green eyes like a viper" still managed to speak to -- and spook -- the Russian people.

Check out these articles!

Cristen Conger "How did Rasputin really die?" 12 May 2008.
HowStuffWorks.com. <https://history.howstuffworks.com/history-vs-myth/rasputin.htm> 22 May 2022
Print | Citation 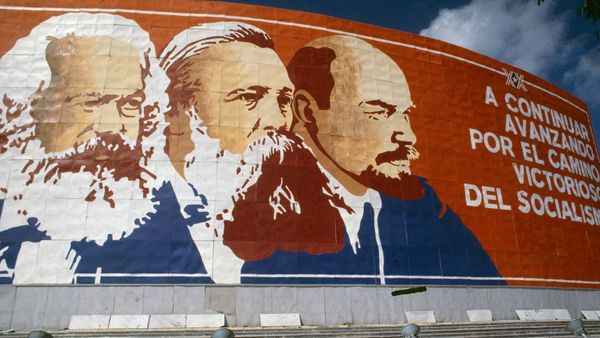 Up Next
How Communism Works
Explore More 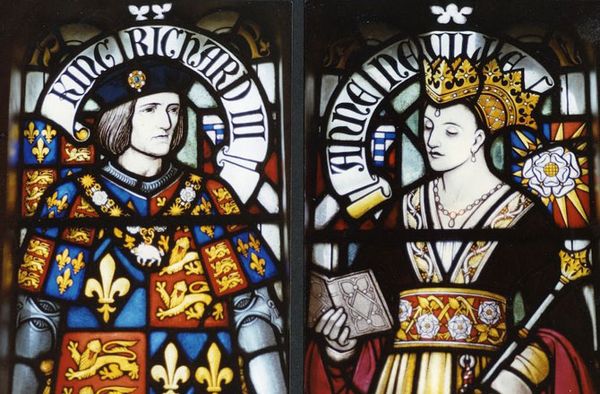 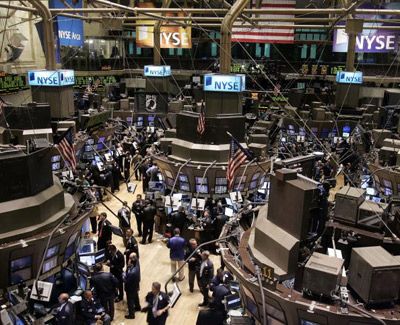