Rasputin's Ascent to the Top 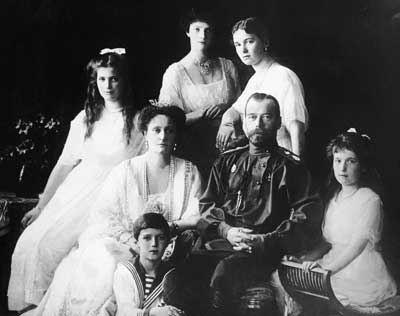 Rasputin's success with the Romanovs hinged on their only son Alexis. The heir to the Russian throne suffered from hemophilia, a hereditary disorder in which the blood does not properly clot. Medically untreatable at the time, Alexis' condition was of the utmost concern to the czarina since the royal lineage depended on his assuming the throne. Brought in because of his known mystical powers, Rasputin reportedly healed Alexis, or at least eased his pain, for the first time in 1906 [source: Gelardi].

Although no one knows exactly what he did, Rasputin was able to stop Alexis' internal bleeding. Some speculate that he may have used hypnotism, healing prayer or simply acted as a calming force for the family [source: Gelardi]. At one point in 1912 when Alexis' internal bleeding started again after he fell off a horse, Rasputin told the czarina via telegram not to worry and that the boy would survive the night. When Alexis recovered the next day, it cemented the czarina's trust in Rasputin.

During this time, other people in the government were working to thwart Rasputin's growing relationship with Nicholas and Alexandra. Prime Minister Peter Stolypin did not trust Rasputin and his hypnotic abilities. Gathering information about the starets' sexual escapades as well, Stolypin planned to have Rasputin ousted from court in 1911. But he would never accomplish that goal since he was shot while attending the opera and died three days later that same year. Some suspected Czar Nicholas arranged the murder, but it was never proven [source: Moynahan].

Stories of Rasputin began to proliferate among the Russian people in 1910 when his name first appeared in the newspaper [source: Crankshaw]. His infamy only spread after the 1912 healing incident. Although Czar Nicholas would waver in his regard for Rasputin in the following years, Czarina Alexandra only became closer to him. Rasputin referred to the royal couple as "Mama" and "Papa."

In general, the Russian population had grown weary of the Romanov family. And the entrance of Russia into World War I in August 1914 only deepened their dislike for the family. When Czar Nicholas left the palace to take over command of the army, he left Alexandra in charge of domestic affairs. By default, that put Rasputin in a position of great authority, given that he was her top advisor, allowing him to stack some of the government posts with well-paying friends.

That year, Rasputin endured the first murder attempt on his life. On June 16, a woman named Khioniya Kozmishna Guseva stabbed Rasputin in the lower stomach outside of his home [source: Moynahan]. Possibly a woman that Rasputin had "ministered" to in prior years, the attempted murderer left a potentially deadly wound that the mystic healed from a few weeks later.

In 1916, while the military situation worsened abroad, a group of men gathered to plan how they would bring the mystic down. But their plot to kill Rasputin would prove harder to pull off than expected. Read the next page to find out why.