Benjamin Franklin, often called "the first American," is a beloved figure in American history for the important role he played in shaping the country. His many achievements have made him a bona fide legend. He's well known as an inventor, scientist, politician. But could he also be a murderer?

Yes, one of our most venerated Founding Fathers, might have also be a criminal of the worst kind. Stuff They Don't Want You To Know hosts Ben Bowlin, Matt Frederick and Noel Brown dig into Franklin's past — including accounts that are, well, "eccentric," — to find out what Franklin was been hiding in Was Benjamin Franklin a Serial Killer?

Born in Philadelphia in 1705, Benjamin Franklin was the 15th of 17 children. During his lifetime, he invented the rocking chair, bifocals, political cartoons and flexible catheters. He also founded the first fire department, negotiated the Treaty of Paris that helped the U.S. win the Revolutionary War and drafted the Declaration of Independence. In addition, Franklin was a humorist, an atheist, an early abolitionist, ambassador to France and president of Pennsylvania (a role similar to governor).

Clearly his legacy is well-earned, but did Franklin have a dark side, too? He was a well-known philanderer, complaining often about his sex addiction. He is known to have taken "air baths," where he'd open all his windows and stand around naked, regardless of his neighbors' prying eyes. And he liked his liquor; he authored and published "The Drinker's Dictionary" in 1737. It's composed of hundreds of slang terms for signaling that "a man is drunk."

But it's his affiliation with the Freemasons that often raises eyebrows. He helped the organization write its bylaws and eventually became a Grandmaster. His stature with the masons has led to some interesting conspiracy theories, one being that Franklin was also a member of the Illuminati, a group of ultra-powerful people who secretly run the world.

That's probably not very likely, given he was notoriously bad at keeping secrets. Even when Franklin served as a spy for the United States in Paris, he would leave secret documents out in plain view, conduct classified conversations in public, and his own secretary even turned out to be a mole for the British, even though Franklin refused to ever believe it. If he was part of a super-secret organization like the Illuminati, it would prove to be one of the few times he ketp a secret under wraps.

What is indisputable about Ben Franklin is he had bones in his basement. Human bones. Lots of human bones. They were discovered in 1998 when an organization called Friends of Benjamin Franklin House decided to restore the four-story Georgian house in London where Franklin lived while he was an ambassador for the American colonies. It is the only location still standing where Franklin actually lived. During the first month of the project, a construction worker found a human thigh bone. The police were brought in to supervise the rest of the excavation and about 1,200 more bones were discovered.

Initial reports said the bones were from the remains of more than 15 bodies — six of them children. Some of the bodies were dismembered, or with trepanned skulls (skulls with holes drilled through them).

The bones were dated to be just over 200 years old, which would mean they were buried around the same time Franklin lived in the house. So where did the bones come from? Did Benjamin Franklin, one of the Founding Fathers of the United States, kill people and hide their remains in his London basement or could there be another answer to this creepy story? One thing is for sure: We're not giving everything away. You'll have to listen in to the entire podcast to find out.

Learn more about Benjamin Franklin in "The First American: The Life and Times of Benjamin Franklin" by H. W. Brands. HowStuffWorks picks related titles based on books we think you'll like. Should you choose to buy one, we'll receive a portion of the sale.

Guarding Your Network Against Russian Hackers

'What in Sam Hill'? 5 Ways Your Grandma Used to Swear 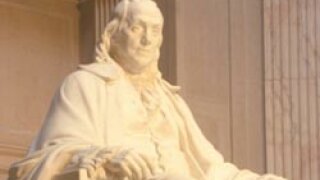 What's the difference between archaeology and grave robbing? 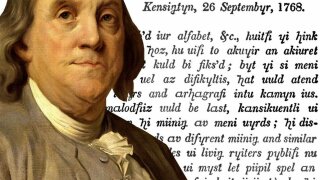