Who Is the Sandman?

You know when you wake up in the morning and you have all that crusty stuff in your eyes? That's called rheum, and it's just discharge that comes out of your eyes and dries up while you're asleep. But if you were a child living in central or northern Europe a couple centuries ago, grownups would probably tell you you woke up in the morning with crusty eyelashes because the Sandman had been to your bedside, sprinkling his magical sleepy dust in your eyes, spinning the yarns of your dreams. This may or may not have been cause for alarm.

Have you ever tried to get a little kid to go to sleep? It can be one of the most aggravating experiences of your life because much of the time you're more tired than the child whose bedtime it is. What strategies work best for lulling kids into dreamland? Conventional wisdom says you should sing them a song or tell them a story. This was most likely how the Sandman came to be: a character made up by parents for the purpose of tranquilizing their children.

But just like our relationship with a rowdy, sleepless child is complicated, the figure of the Sandman isn't all magical, benevolent snooze dust. It turns out, as much as the Sandman is to sleep as Santa is to gift giving, Sandman's shadow side is at least as conspicuous as Santa's penchant for shady, around-the-clock surveillance and the distribution of switches and coal to naughty kids.

"It's a bit difficult to trace his origins because stories about the Sandman are part of an oral tradition," says Dr. Maria Tatar, professor of German Studies, Folklore, and Children's Literature at Harvard University. "I don't think you can trace the Sandman to Denmark or Germany. I feel confident that there are similar figures in other cultures because so many of the jolly, child-friendly creatures are shadowed by a disciplinary evil person. Who invented the Sandman? Who knows!"

The Sandman's first foray onto the page was in 18th-century German dictionaries, which briefly described the German idiom "der Sandmann kommt" — "Sandman is coming" — which was used to tease particularly sleepy-looking children. The first story about the Sandman and his doings was published in 1818 by German writer E.T.A Hoffman. "Der Sandmann" begins with an exasperated nurse telling a story about a mythical creature who throws sand in the eyes of little children who won't go to sleep, causing them to fall out of their sockets. The Sandman then collects the eyeballs in a sack and carries them to his home on the dark side of the moon, where he feeds them to his children.

"'Der Sandmann' became an important story in psychoanalytic circles because Freud made so much of it in his essay 'The Uncanny,'" says Tatar. "Hoffman's story is a fairy tale for grownups, really — his Sandman is this dark, predatory monster. It definitely wasn't written for children."

In 1841, Hans Christian Andersen published a fairy tale (that was meant for a young audience) called "Ole Lukøie" — Ole being a Danish first name and Lukøie translating to "shut your eye." The eponymous character, always dressed in silk pajamas and carrying a groovy colorful umbrella, is never referred to by Andersen as the Sandman, but "The Sandman" is the title most English translations assign to the fairy tale.

"It is a very strange story," says Dr. Jacob Bøggild, a professor in the Hans Christian Andersen Center at the University of Southern Denmark, in an email. "Andersen's Ole seems to be a benevolent figure, but he does introduce the boy in the story, called Hjalmar, to death and sexuality. But he does not throw sand into the eyes of children, he squirts milk into them! Apart from that, it is not a story with a regular plot but more of a sequence of dreamlike tableaus."

It should be mentioned that at the end of Andersen's story, Hjalmar discovers Ole Lukøie has a brother who, instead of coming night after night to our bedsides, bringing dreams, only visits each person once, bringing Death. His name is also Ole Lukøie.

"What's interesting about the Sandman stories is they remind me a bit of the children's verses and lullabies we sing to children which are soothing and gentle, but there's a stark, violent side to them, too," says Tatar. "Somehow it seems to mirror our ambivalence towards children. We adore them and want to tell them gentle, lovely stories, but they drive us crazy at times. We — and especially our ancestors — resorted to cautionary and disciplinary tales like Little Red Riding Hood, in which the wolf will eat you up if you stray from the path. In the Hoffman story, if you don't go to sleep, the Sandman's going to come and scratch out your eyes."

And if strong-arming children into settling down to sleep isn't why the European parents and nurses of old told cautionary bedtime stories, maybe it's because they wanted to prepare their little ones for life's hardships.

"The unusual thing about the Sandman is, he's a lot bigger than you are — there's no defeating him," says Tatar. "You can't face him down like you can the villains in fairy tales. There's no happily ever after except falling asleep, giving in. He can't be beheaded or trapped or tricked like other villains. It's hard to distinguish fairy tale, myth, legend and all of that, but in a way he belongs more to the realm of myth than fairy tales."

Now That's Interesting
"Mister Sandman," a 1954 pop song by The Chordettes, is used in the closing credits of the 1981 slasher film "Halloween."

5 Secrets for Having Effective Office Meetings and Banishing Boredom 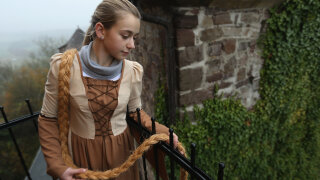 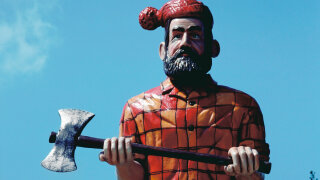 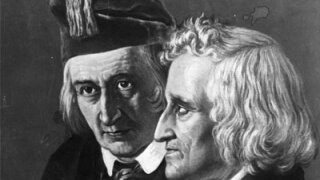 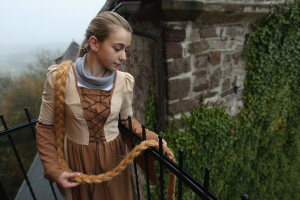 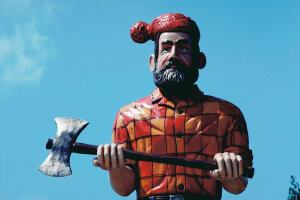