by Dave Roos May 24, 2019
Clickers were an important part of D-Day. But very few survive. National Museum of the U.S. Navy/ACME Whistles

Shortly after midnight in the early hours of June 6, 1944, nearly 20,000 Allied paratroopers dropped behind enemy lines to be the first soldiers on the ground on D-Day. Conditions were terrible. Thick cloud cover and fog made it nearly impossible to spot their landing targets, and the night sky was pierced with heavy Nazi anti-aircraft rounds and sniper fire.

For those paratroopers who made it to the ground, many were separated from their units and unsure of their locations. Alone in enemy-held territory, they had to find their comrades in the fog-blanketed dark without tipping off the enemy.

Good thing they had their clickers.

Hours earlier, when boarding the transport aircraft back in England, members of the United States 101st Airborne Division were each handed a small metal box that would serve as a low-tech emergency communication device. By pushing down on the lid of the box with the thumb and releasing, it made a sharp clicking sound.

Their instructions were simple. If you're on the ground and hear someone approaching, click once. Two clicks in reply means a friend. No click could mean trouble.

Twenty-four hours after landing, the paratroopers were told to ditch or hide their clickers. Allied commanders were worried that the devices would fall into Nazi hands and be used to trick Allied soldiers into thinking that an approaching foe was friendly. The D-Day clickers were only in action for 24 hours, but who knows how many lives were saved by this simple ingenuity.

Where in the World Are the D-Day Clickers?

Inspired by the 75th anniversary of the D-Day invasion, the British company that made those original D-Day clickers is on a search and rescue mission of its own. Of the 7,000 clickers manufactured by ACME Whistles during World War II, less than a dozen have been recovered. Now the company has launched a worldwide campaign to find the lost D-Day clickers and learn the stories behind the brave troops who carried them.

Ben McFarlane is head of sales and marketing at ACME Whistles, which still manufactures whistles in the same Birmingham, England factory that took a direct hit from Nazi bombers during the war. He says that the few confirmed clickers in circulation are all held by museums and private collectors. ACME Whistles itself doesn't even possess one of the original clickers, although it sells an exact replica made with the original machine presses.

Just because there have been so few recovered D-Day clickers, it doesn't mean that there are not more out there, McFarlane says. "It just means that people don't know that they've got them."

Since the clickers were exclusively supplied to the U.S. 101st Airborne, McFarlane expects that many reside in America, either handed down as heirlooms from generation to generation, or in the hands of antiques collectors who may not know the heroic provenance of these humble-looking brass boxes. The D-Day clicker, also known as the ACME Cricket, was originally used by marching band leaders to click out the tempo of a piece of music.

If you think you're in possession of an original D-Day clicker, McFarlane wants you to email him personally at Ben.McFarlane@acmewhistles.co.uk. He's already heard from at least one American woman who appears to have the real deal. ACME Whistles plans to invite all clicker owners to Birmingham to take a tour of the factory, receive an engraved commemorative whistle, and share the story of the brave paratrooper who carried the clicker into combat on D-Day.

Update: Since the appeal started, one clicker has been located just minutes away from the ACME factory in Birmingham.

Now That's Cool
ACME Whistles has been in business since 1870 and is responsible for a number of important whistle "firsts." Its founder, Joseph Hudson, invented the first police whistle used by the London Metropolitan Police. Prior to that, the "Bobby on the beat" used a wooden rattle. Hudson also invented the very first sports whistle, the original ACME Thunderer. Before that, football (soccer, to Americans) referees in the U.K. waved a white handkerchief to get the players' attention. Not quite as effective.

The Anatomy of a U.S. Presidential Motorcade

Elemental Haiku: A Poetic Take on the Periodic Table 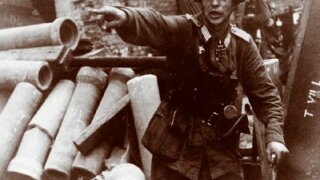 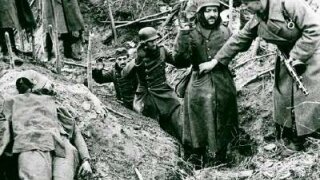 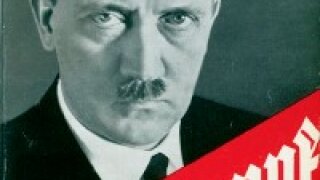