The Missing States of the United States

by Melanie Radzicki McManus Jun 26, 2019
The 'lost state' of Franklin. On May 16, 1785, a Franklin delegation petitioned Congress for statehood, but received less than the two-thirds majority required under the Articles of Confederation to add additional states to the confederation. Lost States/Michael J. Trinklein

Our 50, nifty United States may have had several more siblings if things had turned out differently. For over the past 150 years, more than a few additional states have been proposed, such as Texlahoma and Nickajack. Hosts Ben Bowlin and Noel Brown talk about these potential new states in a recent episode of the podcast Ridiculous History: The United States That Never Were.

The state of Texlahoma was proposed shortly before World War II. The state would have been a combination of rural swaths of northern Texas and western Oklahoma. It was pushed for by residents of these areas who wanted better roads. The car was becoming ubiquitous at this time, but American roads were in terrible condition, especially in the oft-overlooked rural areas. If Texlahoma came to be, citizens reckoned, they could build the good roads their region needed. The proposal, designed by Oklahoman A. P. Sights, did garner some attention, including the backing of then-American Vice President John Nance Garner IV. But the proposal died when the Texans realized it would result in their becoming Texlahomans — and losing their identity as Texans was unacceptable.

At least two states were proposed during the Civil War as a protest against the Confederates States of America and its push for secession from the Union. Nickajack was one. A combination of southeast Tennessee and northern Alabama, this area was full of Southern Unionists — poorer residents who did not own plantations and slaves, and thus were not in favor of secession or the Confederacy. Residents of these areas put forth their idea in the hopes of squashing the secessionist movement in their states. But after a majority of Alabamans and Tennesseans voted in favor of secession, the Nickajack proponents decided it was too dangerous to proceed with their proposal, and the matter was dropped.

The residents of Scott County, Tenn., also wanted to secede from their state because they weren't wealthy, slave-owning plantation folk; thus, joining the Confederacy wasn't deemed necessary or wise. But unlike the Nickajackians, the people here were pro-active and made a formal proclamation of secession to the state government, dubbing themselves the Free and Independent State of Scott. The state didn't fight Scott; it simply ignored the proclamation. In 1986, Scott County formally requested to be readmitted to Tennessee. The state accepted the request, and even threw Scott a party.

Ever ponder Michigan's odd shape? The midwestern state is comprised of two pieces of land: a lower, mitten-shaped portion and the U.P., or Upper Peninsula, which is actually attached to the neighboring state of Wisconsin. The first whispers of the U.P. separating from Michigan to become the independent state of Superior came in 1858, but the ensuing Civil War quashed the discussion. Yet the idea of creating Superior — named after the Great Lake the region hugs — was broached several times over the ensuing century. While the initial proposal was for the new state to be comprised of the U.P. and some tracts of land in the upper portions of Lower Michigan and Wisconsin, more recent pushes were just for the U.P. to become Superior.

NOW THAT'S INTERESTING
Delaware is comprised of the bulk of a small peninsula on the East Coast, with Maryland and Virginia laying claim to tiny chunks of it. Over the years, various proposals have been floated to create one peninsular state called Delmarva, with most plans calling for Maryland and Virginia to cede their land to Delaware.

Is Going Sockless Bad for Your Feet?

Should Doctors Have to Pay Patients for Running Late? 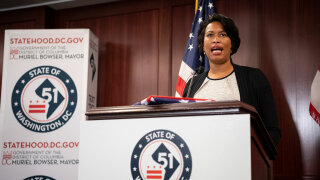 How Do New States Become Part of the U.S.? 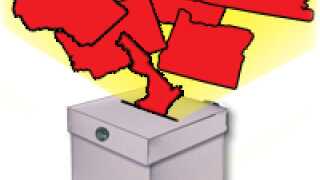 How the Swing States Work 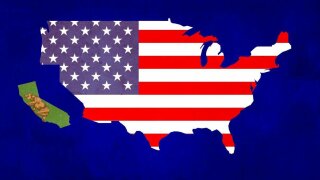 Calexit? After the Election, Some Californians Dream of Secession