Calamity Jane Was a Woman of Many Talents ... And Great at Embellishing

When you imagine the Wild West, you probably think of fringed-and-buckskinned sharpshooters, knocking back drinks in bars and fighting the law. (And, yeah, some of those rough-and-tumble characters were also working to displace Native Americans who had been settled on the land for centuries.) But the first thing to come to mind probably wouldn't be a nurse dressed in modest skirts and corsets.

As hosts Tracy and Holly explain in an episode of Stuff You Missed in History Class, Calamity Jane — the archetype of the unbridled, feral and androgynous Western frontierswoman — was more than just a lady who slung a rifle and wore pants.

Let's start, of course, with her name. While you'll learn in the podcast that Calamity Jane's parents were pretty wild themselves, we can at least take comfort in the fact that they didn't christen their daughter Calamity at birth. Born Martha Jane Cannary in 1856, Calamity Jane was orphaned by age 11 and made her way to Wyoming by age 16. Once there, she started moving around Wyoming boom towns and doing odd jobs, including but not limited to dancing, prostitution and cooking.

By 1874, Calamity Jane had found her way to the Black Hills in the Dakota Territories. She crops up in an 1875 article regarding an expedition that's called to survey land for gold and other minerals. Apparently, she stole away with the expedition, dressed as a soldier. The article contains the first time she's identified in print by her Wild West-ready nickname.

In 1876, Calamity Jane, Wild Bill Hickok and a group of frontiersmen rode into the infamous city of Deadwood. While there are legends about a romance between Hickok and Jane, it's much-disputed — the pair probably knew each other for only a few months before Wild Bill's death in Deadwood.

Calamity Jane's adventures pile up throughout her life, although many of them (even ones in her autobiography) have been exaggerated or even made up out of thin air. But while she definitely had a reputation as a drinker and excellent shot, there are also reports of her bravely nursing smallpox victims and injured miners.

Click the podcast player in this article to listen as Holly and Tracy fill us in on Calamity Jane's life and the Wild West legends it spawned.

Now That's Interesting
While we might imagine Calamity Jane wearing traditionally male clothes, it appears she wore both feminine and masculine clothes comfortably. There are more than 20 photos of Calamity Jane in existence, but only in six is she wearing "masculine" attire.

Trump Considers Removing National Monument Status ... But Can He? 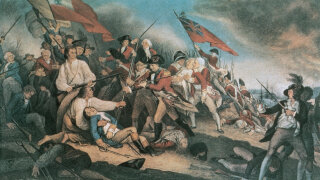 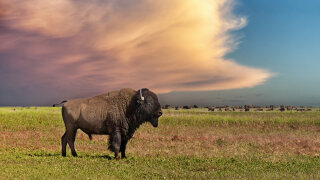 What brought bison back from the brink of extinction? 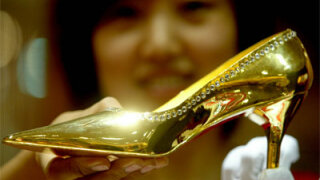