The Effects of Depression on the Railroads 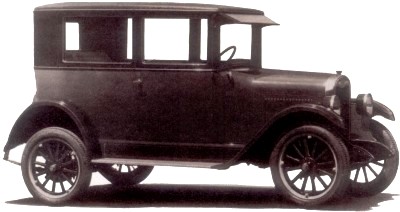 As horseless carriages gave way to reliable automobiles like this 1925 Chevrolet, nearly everyone wanted to buy one. All-season paved roads increased in number and, as a result, short-haul business for steam railroads, streetcar systems, and electric interurbans began to drop.
Collection of Publications International, Ltd.

The Pennsylvania Railroad's electrification was one of the few truly bright spots on the railroad landscape during the Depression. A more general trend was for railroads to cut service on lightly used lines and abandon routes that had no hope of recovery. Inroads from automobiles and trucks made the situation worse, but a number of smaller lines, though uneconomical to operate, were able to hang on because they represented the only reliable means of reaching isolated parts of the West. Other small railroads made ends meet with federal mail contract subsidies.

The Depression magnified the effects of competition from other modes of travel. For the first 50 years of its existence, the steam railroad enjoyed an unchallenged position as the principal form of public transportation. Two alternative propulsion technologies became commercially viable during the 1890s, shaking and then toppling the steam railroads' preeminent position. The first of these was development of electric street and interurban railroads; the second was the rise of the automobile.

Henry Ford did not invent the automobile or the assembly line, but he had a Populist conviction that private automobiles were a democratic force, and he developed ways to make and sell them in the millions. In what has been described as possibly the most expensive litigation in American history, he fought an eight-year battle with the licensees of George Selden, who had been issued a patent on the automobile in 1895. The 1911 decision confirmed that literally anybody, Ford included, had the right to build automobiles.

Ford's Model T cost more than $900 when it was introduced in 1908, dropping to $345 by 1916 and $280 in 1927, when production stopped after more than 15 million cars had been produced. Not only had Ford made the automobile a mass commodity, he and others created a new economy based on the installment financing of newly invented consumer products. The manufacture of automobiles surpassed all other industries by 1926 and was described by Alfred P. Sloan of General Motors as " . . . the greatest revolution in transportation since the railway." Indeed, it was. By 1930, one in every five Americans owned an automobile, and the consequences to the railroad industry would be profound.