by Michelle Konstantinovsky Dec 26, 2019
Here's another interesting fact about Missouri: It falls in the New Madrid Seismic Zone. Earthquakes occurring there have been regarded as some of the most catastrophic that the U.S. has ever seen. © 2019 HowStuffWorks.com

Some state nicknames make perfect sense: The Aloha State (Hawaii), the Empire State (New York), even the Beaver State (Oregon). But some labels are a little less intuitive and require a little more digging to figure out. The Show-me State for example? What exactly does Missouri want to be shown and why?

Like all great legends, this one doesn't have a single origin story, but there's one theory that's considered more credible than others. Many believe that Missouri's U.S. Congressman Willard Duncan Vandiver, who served in the United States House of Representatives from 1897 to 1903, is the one responsible for bestowing the nickname. During his time as a member of the U.S. House Committee on Naval Affairs, Vandiver traveled to Philadelphia in 1899 to attend a naval banquet.

During his speech at the naval event, Vandiver said, "I come from a state that raises corn and cotton and cockleburs and Democrats, and frothy eloquence neither convinces nor satisfies me. I am from Missouri. You have got to show me." It's not totally clear whether Vandiver originated the "show-me" sentiment or if he was just the one who popularized it, but the moniker continues to be tied to him.

There are other possible explanations behind the nickname, too. Some believe the "show-me" title actually originates from a derogatory reference to Missouri miners who worked in Leadville, Colorado. Men from Joplin, Missouri, went to work in Colorado during that state's miner strike in the early 1900s. Rumor has it that these out-of-towners were so unfamiliar with Colorado mining practices that they needed a lot of instruction. The result was conversations that started with statements like, "That man is from Missouri — you'll have to show him."

Another "show-me" origin story insinuates that the name refers to passenger trains since hundreds of free train passes were given to Missouri legislators in the late 1800s. Apparently, to verify their complementary fare, the conductors would say, "You've got to show me."

And just in case you needed one last possible source to satisfy your curiosity, there's the theory that during the Spanish-American War, gate guards from St. Louis, Missouri, told any soldier who wanted to leave the encampment to go to town to "show" his pass.

Now That's Interesting
The actual name of the state — "Missouri" — pays homage to a tribe of Sioux Indians called the Missouris. Many often incorrectly translate the word to mean "muddy water," but it actually means "town of the large canoes."

Could an 'X17 Particle' Hint at a Fifth Force in the Universe?

What's the Difference Between Baking Soda and Baking Powder? 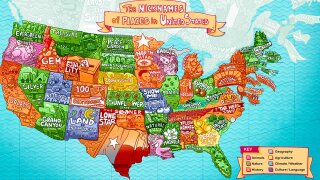 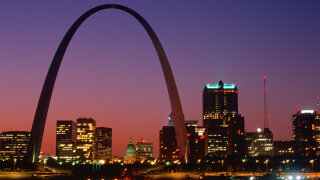 How the St. Louis Arch Stands Against All Odds 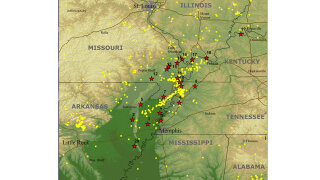 Earthquakes on the Mississippi: The New Madrid Seismic Zone