Big Ben Is Getting a Big Facelift

It could be London's most recognizable structure: Big Ben is housed in Elizabeth Tower, which rises above the Palace of Westminster along the River Thames. The first chimes of the Big Ben clock were heard in 1859, but like most old English architecture, the tower has a much longer and more complex history.

The first clock tower on the Houses of Parliament grounds was built in the 13th century, and second replaced it less than 100 years later, though it was dismantled in 1707. For the next century or so, there was no clock tower on the site.

But when the Great Fire of 1834 destroyed the Palace of Westminster, architect Sir Charles Barry's design was chosen to design the new palace, and he incorporated a clock tower, the foundation stone for which was laid in 1843.

This is the Big Ben we know today, sort of. What most people refer to as Big Ben is actually Elizabeth Tower. Originally it was just called the Clock Tower, but it was renamed in 2012 in honor of Queen Elizabeth's Diamond Jubilee.

Today Elizabeth Tower includes its four-face clock and bell. However, the Big Ben name is actually specific to the bell that has chimed more or less regularly since the mid-19th century. Correctness aside, even those in the know, like House of Commons clock mechanic Ian Westworth, defer to calling it all by the common moniker.

"Officially, only the Great Bell is known as Big Ben," Westworth explains via email. "The clock is the Great Clock, and the tower is the Elizabeth Tower. In practice though, we call everything Big Ben." It's all part of the Palace of Westminster, which is a UNESCO World Heritage Site.

The Big Ben bell hanging in Elizabeth Tower at present is actually the second bell made. The first cracked during testing, so a lighter one was cast and placed in the tower in 1858. Struck for the first time on July 11 the following year, it nearly suffered the same fate as its predecessor.

"The current bell began sounding in 1859," Westworth says. "It does have a small crack in it, which happened a few months after the bell began to sound. However, the hammer was replaced for a lighter one, and the bell was turned so that the hammer would strike at a different point. A small square was cut into the bell to prevent the crack from spreading, and it has been fine ever since."

No one knows for certain where the name Big Ben originated, although two theories have circulated. One is that it was named after a heavyweight boxer, but the more likely theory is that the bell was named for Sir Benjamin Hall, the First Commissioner for Works. He was "a large and ponderous man," according to Whitechapel Bell Foundry, the foundry responsible for casting the second bell. In addition to Big Ben, which chimes on the hour, the tower belfry has four quarter-hour bells.

Clock Mechanic Ian Westworth works on the three-train clock, which drives the hands, the hourly chimes, and the quarter-hourly chimes of Big Ben.
Copyright UK Parliament

The familiar chimes of Big Ben have been on hiatus since 2017. On Aug. 21., 2017, the bell struck for the last time in what would become several years as a major renovation of the tower and the clock began. However, the bell continues to sound for important national events, such as Remembrance Sunday and on New Year's Eve. According to The Guardian, a "handful of MPs" and members of the public gathered to witness the final chiming of the bell.

"There was so much public interest, and a huge crowd gathered outside," Westworth says. "We were all at the top to disconnect the bell, and you could hear the cheer when the last strike rang out. It really brought home just how important the clock is to the nation."

The current Elizabeth Tower restoration project, which began in 2017 and is due for completion in 2021, is the most extensive program of conservation ever carried out to the tower. It was initially projected to cost $42 million, but that figure has since been raised to $76 million. It's a high price tag, but the tower carries serious clout.

Although repairs have been made to Big Ben throughout its more than 160-year history — the last time it was in scaffolding was during the 1980s — this restoration of the tower and the clock is different, according to Westworth.

"It is the first time in its history that the clock has been taken apart and painstakingly restored," he says. "The conservation works are essential to ensure the long-term future of the Elizabeth Tower."

The clock will receive a full refurbishment — the team is taking apart, cleaning, checking and, where necessary, repairing every nut, bolt, cog and wheel. "Although it is silenced, the Great Bell has remained in situ throughout the works while our team of expert clock makers painstakingly dismantled the Great Clock itself, taking apart the 11-metric ton [12-ton] mechanism and winching thousands of components down from the tower, over a period of weeks," Westworth explains.

For the tower, essential conservation work is underway to repair problems. The project will conserve significant elements of the tower and repair and redecorate the interior, renew the building services and make improvements to health and safety and fire protection systems.

As part of the new visitor experience, when the tower re-opens, it will feature improved exhibition spaces, including a glass enclosure around the stairwell in the belfry, allowing visitors to view Big Ben more easily and better display the original Victorian design of the tower.

"We also hope to be able to increase capacity for tours, in order to allow access for more people," Westworth says.

Even while the tower is mostly covered in scaffolding, visitors can tour Parliament and attend Big Ben-related talks and events. Meanwhile, U.K. Parliament provides updates on its Big Ben webpages, and tower fans can sign up for email updates, too.

Now That's Interesting
Big Ben's restoration scaffolding is almost as impressive as the tower itself. It weighs 800 tons (725 metric tons) and is made up of 23,500 components!

Art From the Heart: Portraits of Honor and Love

5 Tips to Stay Safe During a Heat Wave 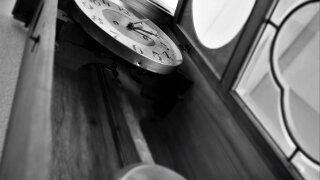 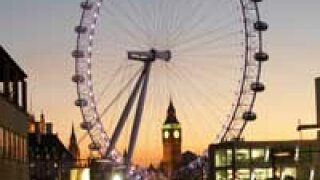 How the London Eye Works 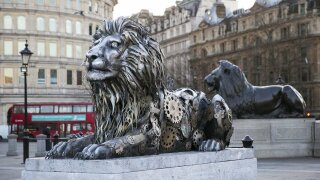