"Grandfather clock" is a fitting name for an object that's often treated as a family heirloom. But even though it carries the ring of heritage and tradition, the term itself is rather young. In fact, it's more than two centuries newer than the timepiece it designates.

When these vertically gifted clocks were first invented more than 350 years ago, people actually called them "longcase clocks," a moniker that's still used in some circles (even though it's less catchy). So how did the term grandfather clock come about? Before we tackle that question, let's consider the historical context.

Clock-making as a discipline took a huge spring forward in the 17th century. Drawing upon Galileo Galilei's research, the Dutch astronomer Christiaan Huygens built the very first pendulum-driven clock at some point around the year 1657. By far, it was the most accurate timepiece the world had ever seen — and it changed an entire industry overnight.

So-called pendulum clocks quickly swept through western Europe. Mechanics there couldn't help but tinker with Huygens' brainchild. Thus, the longcase clock was born. Conceived in London, these originally hit the market in about 1660. Most early models stood around 6 feet tall. Their midsections consisted of wooden cases that housed the ever-important pendulums. Over time, clockmakers started installing longer pendulums, which required longer cases in turn, hence the phrase "longcase clock."

Today, we might still be using that mundane term if it hadn't been for a songwriter who's been nicknamed "America's war poet."

Born in Middletown, Connecticut, on Oct. 1, 1832, Henry Clay Work was a self-taught musician and lyricist. He first made a name for himself during America's Civil War. Throughout the conflict, Work's writings championed the Northern cause. "Kingdom Coming," Work's 1862 pro-Union ballad, earned him a contract with the Root & Cady music-publishing firm. For the next nine years, he produced numerous hits for the company.

Unfortunately, the postwar years were not kind to Work. Two of his children died in the 1870s and a bad business venture left him financially embarrassed. Nevertheless, he kept on writing.

One of his later offerings was titled "Grandfather's Clock." According to his nephew Bertram, Henry Clay Work spent four years writing this piece, which Root & Cady published in 1876. The ditty tells the tale of a grandfather who received a brand-new longcase clock on the day of his birth. A lifetime later, the man and his timepiece enter the great beyond together. "My grandfather's clock was too large for the shelf, so it stood ninety years on the floor," reads the opening verse. "It was bought on the morn of the day he was born and was always his treasure and pride. But it stopped short, never to go again, when the old man died."

Work's last mega-hit, "Grandfather's Clock" emerged as an instant classic — and an enduring one. Selling more than 800,000 copies, the song made its author $4,000 richer. In later decades, it was covered by Johnny Cash, spoofed on "A Prairie Home Companion" and even remixed for the soundtrack of the indie video game "Five Nights at Freddy's 2". On top of all that, The Oxford English Dictionary credits this song with popularizing the term "grandfather clock."

And so, Work's song inspired a new nickname for a centuries-old timepiece. But what was it that inspired the song itself? Two theories are out there. The George Hotel of Piercebridge in North Yorkshire, England, claims that "Grandfather's Clock" was conceived right in its lobby. Work once stayed there while traveling through the U.K. in 1874. After checking in, it's said that he spotted a handsome longcase clock in the hotel's lobby. The hands seemed to be jammed, frozen in place at the 11:05 mark. Upon asking a staffer about this broken clock, he was told that it belonged to the late Jenkins brothers, who'd once owned the hotel. Their clock, Work learned, was purchased on the day the older sibling was born. Supposedly, it was the most reliable timepiece a person could ask for. But when one brother died, the clock slowed down. Then years later, when death took the other sibling, its final "tick" rang out. According to legend, it's been silent ever since.

Alas, this story is probably just a bit of local folklore. Even so, the George Hotel of Piercebridge cites it as the inspiration behind "Grandfather's Clock." The hotel's website even features an entire page to that old clock, which is still on display in the lobby.

Then again, one Massachusetts family offers a different explanation. The relatives of Work's wife, Sarah Parker, believe that they possess the clock that begat this iconic song. To hear the Parkers tell it, the songwriter took his cues from an old longcase formerly owned by Sarah's grandfather. All these years later, this wooden clock still belongs to the Parkers — and no, it doesn't work either.

Now That's Interesting
Christian Huygens deserves a ton of credit for inventing the pendulum clock. However, his big accomplishment would not have been possible without some earlier breakthroughs from Galileo Galilei. Early in the 17th century, Galileo revolutionized the study of pendulums when he noticed that pendulums swing back and forth at a near-constant speed, regardless of how wide their arcs are. Later in life, he hit upon a practical application for this knowledge — clocks. By then, he'd gone blind but with help from his son, Vincenzo, Galilei produced a drawing of what the timepiece might look like. Unfortunately, he never got to build one because within a year, he passed away.

Could Gut Bacteria Become the Next Sports Drink?

Should You Have to Prove You've Read an Article Before Commenting? 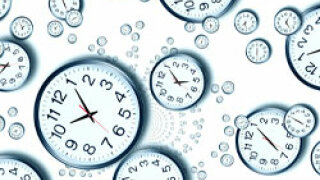 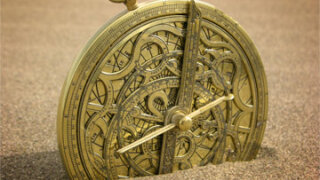 Do we have astrology to thank for clocks? 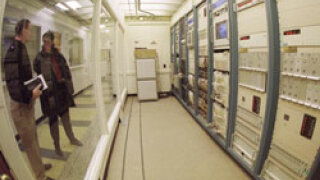