Notre Dame Cathedral: What It Took to Build Her

by Jesslyn Shields Apr 16, 2019
Notre Dame, arguably the most beloved cathedral in the world, burns in Paris on April 15, 2019. Philippe Wang/Getty Images

On the evening of April 15, 2019, the world watched in stunned silence as the Cathedral of Notre Dame, Our Lady of Paris, burned. The medieval edifice was the site of countless historical events, from the coronations of Napoleon Bonaparte and Henry VI of England, to the beatification of Joan of Arc. French President Emmanuel Macron has pledged to rebuild the structure, which retained its crowned double towers but lost its famous spire and two-thirds of its original wooden roof, made from 5,000 oak trees. Before the fire was completely extinguished, one European billionaire pledged $113 million euros to reconstruct the 800-year-old gothic cathedral. But what went into building it in the first place?

The cornerstone of Notre Dame Cathedral was laid in 1163 C.E., by order of King Louis VII, whose only other claim to fame was that he was the first husband of Eleanor of Aquitaine (which was basically like marrying 12th-century Beyoncé). Built on Île de la Cité, a natural island in the middle of the river Seine and the site of the first settlement that developed into what is now Paris, Notre Dame was plopped down on top of the rubble of two older churches (that had earlier replaced an ancient pagan temple) and a small medieval neighborhood. Maurice de Sully, then bishop of Paris, convinced the crown to invest an astronomical amount of money in the project — the cathedral ended up costing almost $1 billion in today's figures.

In the Middle Ages, the Church began granting forgiveness of sins to people who either went to fight in the Crusades or went to work building one of the lavish cathedrals that were popping up around Europe. The Notre Dame cathedral as we know it today took nearly two centuries to build — it was completed in 1345 C.E. — and more than 1,000 carpenters, masons, metalsmiths and other laborers worked on its construction. Of course, many of these people never saw it completed, although Bishop Sully celebrated the first Mass at Notre Dame's altar in 1182 C.E.

Notre Dame was built during a time when architects were pushing technology to its limits in the quest to make a taller building with thinner walls and more windows. The original plans for Notre Dame called for much thicker walls to hold up a heavy roof. Several lead architects worked on Notre Dame in the two centuries of construction, and over time they figured out that the way to support Notre Dame's enormous, spectacular stained glass windows and 115-foot (35-meter) ceiling was to add flying buttresses to keep the walls from flopping outward.

In recent centuries, Notre Dame Cathedral has taken a bit of a beating due to a cocktail of pollution, natural weathering from rain and cold, and some hard-core neglect and mistreatment during the French Revolution. Victor Hugo's novel "The Hunchback of Notre-Dame" made much of the cathedral's decay, which resulted in some restoration in the mid-19th century.

But now, still more restoration is needed for the building that Hugo called "a symphony in stone," which has watched over Paris for the better part of a millenia.

"Every face, every stone, of this venerable monument," wrote Hugo of Notre Dame, "is a page not only of the history, of the country, but of the history of science and art."

Now That's Interesting
Notre Dame's spire was not original — it was added on during a major restoration in the 1840s.

Study Solves Why Drinking Gives You the Munchies 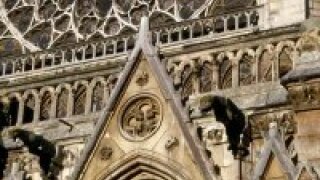 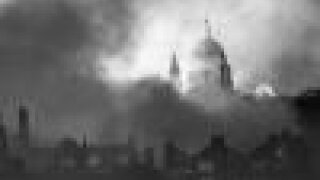 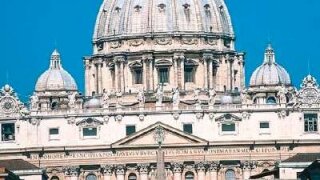