Will There Be a New Ice Age? 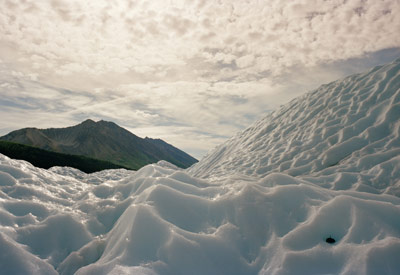 In an age where global warming is on everyone's mind, could we still really be in an ice age or headed for another? After all, most of the ice melted and the woolly mammoths are gone, but there are some remnants in the ice sheets that cover Antarctica and Greenland and that border Alaska and the Yukon Territory. That mixed evidence makes sense if you remember that ice ages are made up of both icy periods (known as glacials), and intervening warm periods (interglacials). We're currently in an interglacial period. Historically, interglacial periods last approximately 10,000 years, which is about how long this one has lasted.

There was a "Little Ice Age" in the Northern Hemisphere from A.D. 1300 to A.D. 1850 [source: NASA]. In this period, Holland's canals routinely froze over. But this ice age is considered "little" because it lacked a global punch. There's no precise definition of an ice age, which makes it difficult to know when another glacial period has officially started. One scientist has suggested that to qualify as an ice age, ice sheets must cover 400,000 square miles (1,035,995 square km) and appear on nonpolar continents.

As we lack both a basic definition and the exact reason for why the Earth sometimes creates the conditions for an ice age, it'll be hard to predict when the next one will take place. Some scientists think that humans might have affected the Earth enough to stave off an ice age by burning fossil fuels [source: University of South Hampton]. Still, you might want to hang on to that warm winter coat.

Despite the cold, early humans were active and evolving during the last ice age. One example is the Cro-Magnons in France, who left behind elaborate drawings in their caves. They invented a very important object for surviving in such a climate: the sewing needle, which allowed them to make clothes for cold weather.

The early humans may have played a part in the extinction of creatures such as the woolly mammoth and the giant sloth. While these mass extinctions could have been due to the warming climate, some scientists feel the animals could have adapted to these changes, leaving the spear-wielding humans with a greater share of the blame [source: Than].