by Kate Kershner Oct 16, 2017
John Brown had the ambitious goal of raiding Harper's Ferry and inciting a slave insurrection, but the raid didn't go as planned. Kean Collection/Getty Images

When Malcolm X said in 1965 that white people "have to be willing to do as old John Brown did" to be a true ally for blacks' rights, his allusion to the abolitionist might've been startling to some. Initially, many people wrote Brown off as a hysteric or terrorist for the raid he led on Harper's Ferry, Virginia, in 1859. But others came to recognize him as a man who was willing to shed blood for the cause of abolition. Did his violent and radical means merit such worthy ends?

Holly Frey and Tracy V. Wilson let you ponder that question as they revisit John Brown's Raid on Harper's Ferry in this episode of Stuff You Missed in History Class. While there were many turning points on the road to the Civil War, Harper's Ferry was a terribly divisive event that spurred radicalism on both the anti-slavery and pro-slavery sides.

John Brown was a strict Calvinist, raised in an abolitionist household. While he wasn't a thundering success when it came to business (he was bankrupt by his 40s), he believed that he was on Earth for something big. "This devotion to ending slavery, and his Calvinist upbringing, would eventually combine into a complete and utter certainty that he was predestined to bring about slavery's end," says Holly.

And one way he planned to do that was to expand the Underground Railroad into what he called the "Subterranean Pass-Way" that would stretch for thousands of miles into the Deep South to ferry slaves to liberation. But it wasn't just about freedom, Holly points out. "As part of this plan, some of these liberated people would become part of an armed fighting force of free black people that would forcibly end slavery in the South by raiding plantations of their power and their workforce."

Before John Brown, pictured here, was hanged, he gave his guard this note: “I, John Brown, am now quite certain that the crimes of this guilty land will never be purged away but with blood.”
© CORBIS/Corbis via Getty Images

In 1858, Brown convinced abolitionist leaders to fund his plan to create and arm a fighting force with a raid on Harper's Ferry, which was home to a federal arsenal. He even enlisted Harriet Tubman to spread the word around the region and help foment a groundswell of support when the raid came.

So, in October 1859, Brown and 19 other men took over a railroad station, musket factory and rifle works in Harper's Ferry. They abducted slave owners as hostages, but they weren't met with loads of supporters or help. They hadn't done enough work on the ground, it seemed, to support a widespread insurrection or even sympathy. Robert E. Lee, then a colonel, was put in charge of ending the raid, and his team of U.S. Marines successfully brought Brown and his men into custody. Ten of Brown's men were killed, along with six civilians.

John Brown was sentenced to death just weeks after the event, and he died by hanging on Dec. 2, 1859. The raid was a failure at starting a massive slave revolt, and it encouraged fears of a slave uprising and bolstered future Confederate militias. But as Tracy and Holly discuss in this episode of Stuff You Missed in History Class, it also made John Brown a martyr — which might've contributed to an upsurge of support for abolition in Northern states.

Reality Probably Isn't a Computer Simulation After All, Analysis Finds 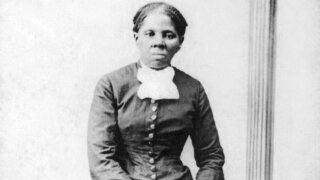 A Newly Surfaced Photo of Harriet Tubman Is Going to Auction 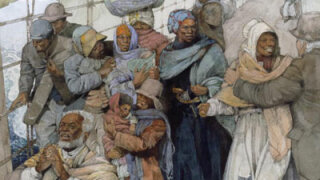 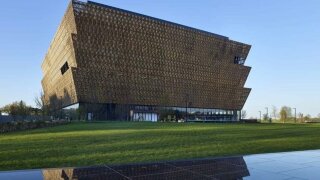