What Really Happened in Salem Village?

by Diana Brown Jan 22, 2019
The devil was to blame for many things in Salem Village, which eventually led to hundreds of people being accused of, and jailed for, witchcraft. Wikipedia Commons

Witches have been trending lately: The hit TV shows "Charmed" and "Sabrina the Teenage Witch" have both been rebooted, Sephora tried (and failed) to sell a starter witch kit, and nearly everyone you know has been sorted into a Hogwarts House.

But the true story of witches in America is a dark one of religious persecution and paranoia — and, as it turns out, the first known government cover-up in American history. But the guys at Stuff They Don't Want You To Know try to uncover it in one of their latest podcasts: The Truth About the Salem Witch Trials where hosts Matt Frederick and Ben Bowlin chat with special guest Aaron Mahnke, who is the brains behind the smash dark history podcasts Lore and Unobscured.

The story starts way back in 1692 when England and France were at war, and the two countries used the American colonies as their battleground. This caused refugees from upstate New York to flee to the Massachusetts Bay Colony and, specifically, Salem Village (now the city of Danvers). The influx of refugees caused strife in the village, straining resources and aggravating existing economic problems.

Many, if not most, of the villagers blamed the devil. Salem was a Puritan village and strictly religious, so fear of the devil — and witchcraft — was commonplace. This way of thinking followed the colonists from Europe, where tens of thousands of people, mainly women, were executed for witchcraft between the 1300s and 1600s.

However, many residents also blamed the village's first ordained minister, Reverend Samuel Parris. And it was in his home where strange things began happening. His 9-year-old daughter, Elizabeth, and his 11-year-old niece, Abigail, began having fits, shouting, throwing things and contorting themselves. Another girl began having similar episodes, and the only culprit seemed to be a supernatural one.

Magistrates pressured the girls to point fingers, and they eventually did, accusing a slave girl named Tituba and two other women, Sarah Osborne and Sarah Good, of making deals with the devil. The two Sarahs denied it, but Tituba confessed, and the witch hunt began.

Over the course of 1692, 200 people were accused and jailed, 19 people hanged, and one elderly man was pressed to death with boulders, until finally Gov. William Phips ended the trials. It wasn't the deaths that disturbed him, exactly, but rather a legal question: Should spectral evidence be allowed in the trials? Spectral evidence, or the testimony of dreams and visions, was all that condemned 20 people and ruined the lives of a hundred more, and it was making judges and ministers in charge of the trials uncomfortable.

Early on, respected minister Cotton Mather protested the inclusion of spectral evidence. Then Mather's son, Increase Mather, protested as well, writing, "It were better that 10 suspected witches should escape than one innocent person be condemned." Then, when his own wife was accused of witchcraft, Gov. Phips finally dissolved the Special Court of Oyer and Terminer, and convened a new one that prohibited spectral evidence.

Convictions were negligible without it, and before long, all the prisoners were released and pardoned. But by then, people had already been sent to their graves, or wrongfully imprisoned for more than a year.

And that concerned Phips, too because he was afraid of what might come next: the backlash. So began the first government cover-up. Phips banned all writings about the trials to keep all the information hidden. Many letters, court records and documents were even destroyed, leaving only the prosecutions' sides of the stories intact. It didn't last long; within three years, writings criticizing the Salem witch trials and the government's handling of them were published and widely circulated. But the cover-up still muddies some of the facts today. What else don't we know about what really happened during the Salem witch trials? You'll have to listen to the entire podcast to find out what questions remain.

Learn more about the Salem witch trials in "Six Women of Salem: The Untold Story of the Accused and Their Accusers in the Salem Witch Trials" by Marilynne K. Roach. HowStuffWorks picks related titles based on books we think you'll like. Should you choose to buy one, we'll receive a portion of the sale.

How to Get the Gig as a Super Bowl Official 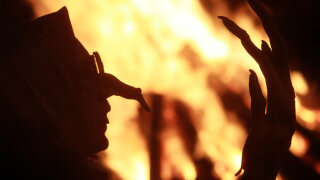 Were witches really burned at the stake in Salem? 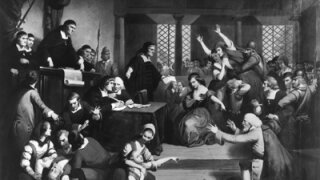 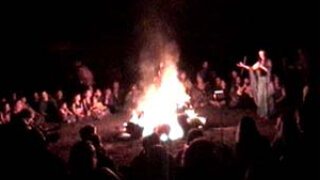