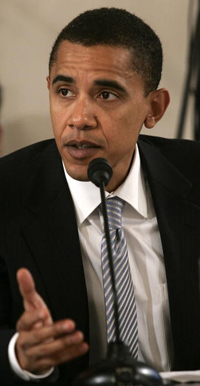 Obama speaks at a hearing in Washington on the 2006 budget for Veterans Affairs in February 2005.
Alex Wong/Getty Images

On the next page, we'll look at Sen. Obama's record on environmental and judiciary issues.