For several years, they were very close. Then African-American dressmaker Elizabeth Keckly and former first lady Mary Todd Lincoln had a falling out, and their relationship abruptly ended. The women's unlikely friendship, and Keckly's impact on the fashion world, are discussed in a recent episode of the podcast Dressed, produced by HowStuffWorks and hosted by fashion historians April Calahan and Cassidy Zachary.

Elizabeth Keckly was born into slavery in 1818. Her mother taught her how to sew, and she soon became exceptionally skilled at it. When Keckly was a young woman, she and her son moved to St. Louis with their owner. Keckly, a tireless worker, supported her owner's entire family with her clothing-making skills. But Keckly was also a sharp and savvy businesswoman. At age 37, she purchased freedom for herself and her son for $1,200. Her loyal clients helped raise the money.

In 1860, after a failed marriage, Keckly and her son moved to Washington, D.C. Keckly soon became the premiere dressmaker in the capital, clothing big shots such as Varina Davis, wife of soon-to-be Confederate president Jefferson Davis, and Mary Todd Lincoln, the wife of President Abraham Lincoln. Initially, she did all of the work by herself. But as her business grew, she hired a team of seamstresses. With assistance, Keckly focused more on the fit of the dresses rather than the actual construction. And it was her ability to skillfully fit garments that brought her much acclaim.

We know so much about Keckly today because of her friendship with Lincoln. Keckly first dressed the first lady in 1861, shortly after her husband became president. Lincoln was a fashionista and is said to have ordered more than two dozen dresses each season. She favored bold, opulent frocks and flower-topped headdresses. Also high on her list were low-cut ball gowns with long trains, similar to those favored by French Empress Eugénie. However, Keckly's design style was clean and sophisticated, with little lace or ribbon.

With Lincoln devoted to fashion, Keckly was often at the White House. The two developed a deep friendship, strengthened by their shared grief over the untimely deaths of Keckly's son and two of Lincoln's. Then, the president was assassinated. Unbeknownst to her husband, Lincoln had amassed a huge debt from purchasing so many expensive gowns. Unable to pay the bills, and with creditors hounding her, Lincoln traveled to New York to try and sell some of her clothes. She talked Keckly into assisting her.

At that time, it was considered scandalous for a famous person to sell her clothing. The public flamed Lincoln, who quickly returned home. Keckly — who had abandoned her thriving D.C. business to help her friend — was now in dire financial straits as well.

Then, a writer approached Keckly. His idea: team up to write her memoir. Needing the money, Keckly took his offer and penned "Behind the Scenes: or, Thirty years a Slave, and Four Years in the White House."

Keckly had no intentions of harming her friend by her tell-all, but Lincoln was devastated at the revelations about her family's private life. She never spoke to Keckly again. Keckly ultimately died penniless in 1907 at the National Home for Destitute Colored Women and Children, a home she helped found several decades earlier.

Sadly, few pieces of Keckly's clothing exist today. But her book is still in print.

NOW THAT'S INTERESTING
More than 250 African-American dressmakers worked in Washington, D.C., in 1860, when Elizabeth Keckly arrived. Dressmaking was one of the most lucrative and respectable positions for black women. 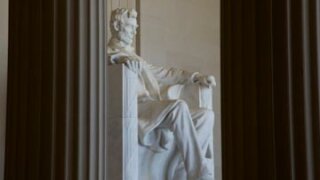 What did Abraham Lincoln invent? 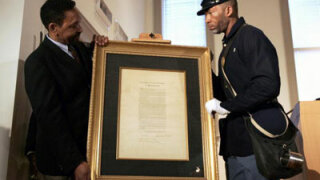 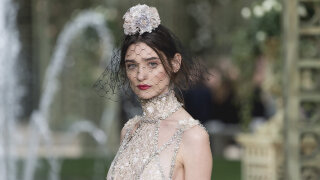