More than two centuries after the birth of Frederick Douglass, few men or women have come close to achieving his skills as both an orator and an agent of change. "Why we should remember him is because of what he represents to us even today. His ability to not only to speak truth to power but do so in such an eloquent way that he would challenge anyone who stands against him," says Pellom McDaniels, III, curator of African American Collections at Emory University's Rose Library. The power of Douglass' voice contributed greatly to the end of slavery, expansion of the right to vote and the general push toward equal rights for all that continues still.

So, where did Douglass get that power? Born in 1818 as Frederick Bailey, he was a slave on the coast of Maryland. He recognized the value of literacy from an early age, and so he taught himself to read and write. He was hired out from age 8 to 15 as a body servant, and rebelled when his owner sent him to work in the fields. After a failed escape effort, he was sent back to Baltimore where he connected with Anna Murray, a free black woman. She helped him coordinate his escape and funded his train ticket, and as a result, he was able to make a break for New York City dressed as a sailor, where he was "free," but a fugitive, nonetheless.

Frederick married Anna, and the pair took the surname Douglass, in an effort to keep from being captured. They relocated to Bedford, Massachusetts, and eventually had five children.

Frederick Douglass, seated, poses with his grandson Joseph in 1880.
CORBIS/Corbis via Getty Images

Douglass' thirst for freedom didn't end with his own. He began attending abolitionist meetings where he quickly gained a reputation as a gifted speaker and writer and toured on behalf of the Massachusetts Anti-Slavery Society. Ironically some of these same abolitionists thought him too well-versed and educated to have been raised a slave. By being so educated they felt he was, "pushing back against the myth of blackness," McDaniels says. "To argue his case and support his case they felt that he had to be not on equal footing [with whites]."

To prove his legitimacy, in 1845 he published the first of three tomes, "Narrative of the Life of Frederick Douglass." The ensuing publicity made him a target, however, and he had to spend time in Europe to prevent being re-enslaved. His freedom was eventually bought on his behalf by kind abolitionists, and he moved with his family to Rochester, New York, to enjoy life as a free black man.

Douglass continued speaking on behalf of the abolition of slavery but also took an interest in women's rights. "He believed that there should be equality across the board," McDaniels says, adding that despite his support of women's suffrage, he wanted it to come in time. "One of the things he argued against was women getting the right to vote first [before black men]. By excluding black men from this equation, it put black men and women in great danger."

While some abolitionists decried the United States Constitution as pro-slavery, Douglass eventually decided that the document was not, and had been conveniently misinterpreted by people who stood to benefit. In his most famous speech "What to the Slave is 4th of July?" he said, "What have I, or those I represent, to do with your national independence? Are the great principles of political freedom and of natural justice, embodied in that Declaration of Independence, extended to us?"

"He saw there was more to the Constitution than was gleaned," McDaniels explains. "He also saw the elements of it that allowed for individuals in the country to be free and pursue the possibilities."

He argued that the idea of universal human brotherhood, that all were created equal, was rooted in Christianity and the Bible. He also maintained that blacks are children of God, and therefore not "subhuman" as argued by many detractors, themselves often devout Christians.

Although Douglass disagreed with the militant ideals of fellow abolitionist John Brown, he eventually came to see that federal military intervention (realized in the form of the devastating Civil War) would be necessary to eradicate slavery.

He aggressively worked to influence the Republican Party, which featured a particularly famous member in President Abraham Lincoln, to prevent slavery's spread into new territories, to attack laws that protected slaveholders and to generally encourage abolitionism. He eventually called Lincoln a friend, and was integral in the process of passing the 13th Amendment to the U.S. Constitution, which abolished slavery once and for all. The 14th and 15th Amendments eventually followed, which respectively granted national birthright citizenship and established voting rights regardless of race, previous servitude and skin color.

In 1872, Douglass and his wife Anna moved to Washington D.C. to be nearer several of their children, and to continue his activism. He went on to hold a number of prestigious federal positions under five different presidents; continued his public speaking engagements, and published his third and final memoir, "The Life and Times of Frederick Douglass." It was particularly resonant because it acknowledged the continuing inequalities in America, despite abolition and Reconstruction.

In 1882, Anna died and in 1884, Douglass remarried Helen Pitts, a suffragist who was 20 years his junior and white. The marriage was not looked upon favorably by many, but the couple remained wedded until his death from a heart attack in 1895 at age 77.

More than a hundred years after his passing, Douglass and his work are regularly celebrated and he paved the way for hundreds of other civil rights activists.

McDaniels says that Douglass was the most photographed American (of any race) of the 19th century and his was an image of masculinity and African American possibility. "That was one of the challenges of his time, to find ways to represent the humanity of people who aspired to be free and came from the same circumstances," he says. "If he's criticized for anything it's that he presents [in his speeches] as sensational and romantic. But even as we reflect on his life we need to understand that he was essentially an ambassador for a small nation within a nation."

Now That's Interesting
Douglass never knew his father, but the prevailing rumor was that he was his white master. Not surprisingly, he also didn't know his true date of birth, so he selected Feb. 14. Following his death, the date became known as "Douglass Day," and related celebrations seem to grow every year. In fact, Douglass' birthdate is one of the reasons February is celebrated as Black History Month.

Want an Emoji on Your License Plate? Move to Vermont! 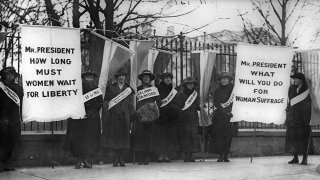 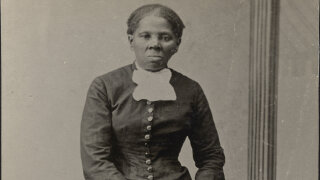 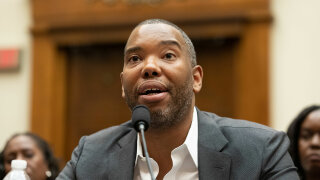