Sarah Palin was the famous Republican vice-presidential candidate in 2008. Learn more about her and her campaign with John McCain in this image gallery. 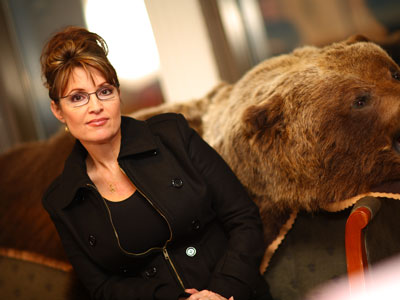 Alaska governor Sarah Palin in her office on Dec. 6, 2007. Palin was elected Governor in December 2006. Read more about her in How Sarah Palin Works. 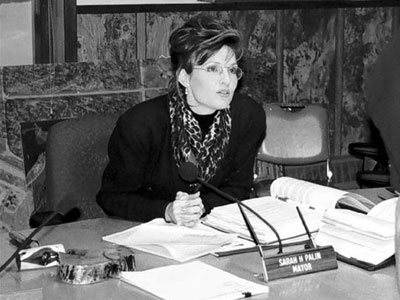 Sarah Palin is shown here in 1996 as mayor of Wasilla, Alaska, where she served until 2002. She later became Chairperson of the Alaska Oil and Gas Conservation Commission.

All of the living governors of Alaska stand with current governor Sarah Palin in this May 2008 photo in Anchorage, Alaska. 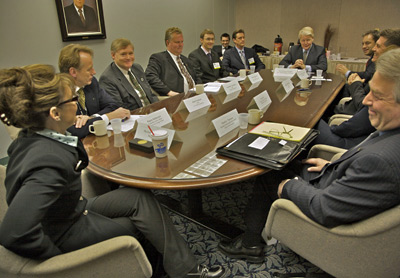 Alaska Governor Sarah Palin meets with the President of Iceland and his delegation during a Technology Conference in this October 2007 photo in Anchorage, Alaska. 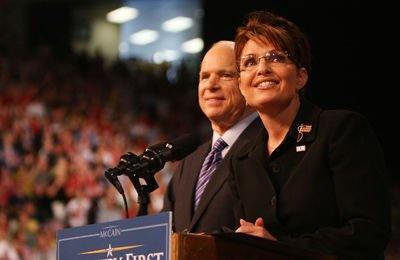 Republican presidential candidate John McCain stands with Sarah Palin at a campaign rally on August 29, 2008 in Dayton, Ohio. McCain announced Palin as his vice presidential running mate at the rally. 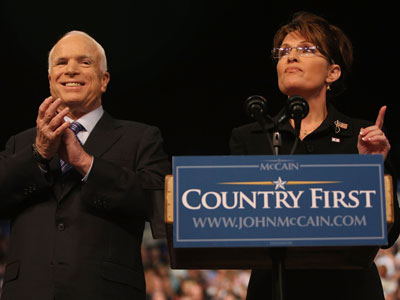 Governor Palin gives her acceptance speech for her nomination as vice president. 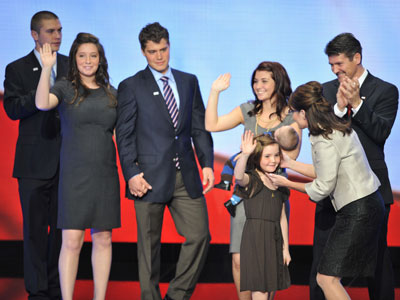 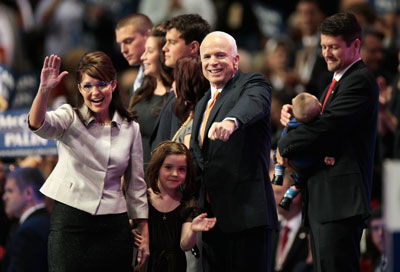 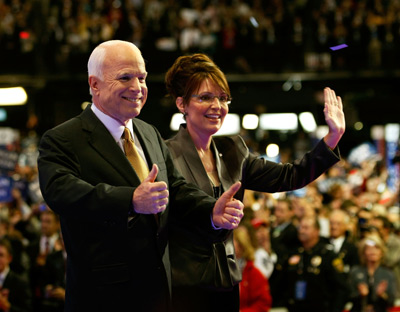 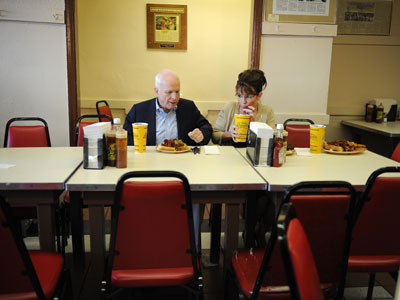 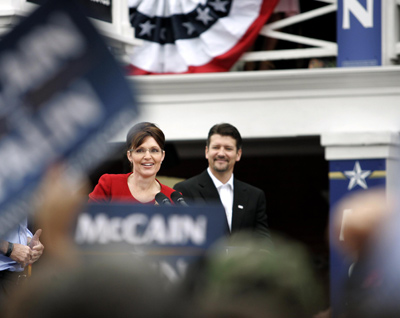 Sarah Palin campaigns with her husband Todd at her side on September 9, 2008, in the wake of the Republican National Convention where she was introduced as John McCain's running mate. 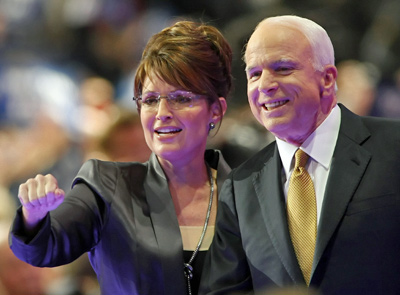 Republican nominees John McCain and Sarah Palin stand together, ready for months of campaigning. Read more about Palin in How Sarah Palin Works.