Elizabeth II at Balmoral Castle with her corgi Susan in 1952, the year she became queen. UPI color slide/Bettman/Getty Images

At the Opening Ceremonies of the 2012 Olympic Games, tens of thousands of spectators in London Stadium — plus millions watching at home — were treated to a clever video skit starring three iconic British figures: the actor Daniel Craig as James Bond, Her Majesty Queen Elizabeth II, and of course, the Queen's pet corgis.

It's fair to say that the Queen is a corgi fanatic. She has owned purebred corgis for more than eight decades, and for stretches in the 1980s she collected packs of up to 13 corgis at a time, most of them bred on the premises at Windsor Castle.

The small, ruddy-haired corgi breed known as Welsh Pembroke are so closely associated with the Queen that many people think it's an official royal line that goes back centuries.

"That's a question we're asked a lot," says Ciara Farrell, librarian and collections manager at the UK Kennel Club. "Is the corgi a royal dog? Do they have a long association with the Royal Family? The answer is no. The Queen got one when she was a young girl and has been devoted to them ever since."

The Queen's very first corgi was bought in 1933 by her father, King George VI, when he was still the Duke of York. Elizabeth, then 7 years old, and her younger sister Margaret named the deep-chestnut puppy Dookie and fell for him instantly. Dookie was soon joined by a second corgi named Jane.

According to an in-depth history of the Queen and her corgis in Vanity Fair magazine, the Royal Family capitalized on those first cuddly corgis to deflect attention from a royal scandal. A photo book titled "Our Princesses and Their Dogs" was released Dec. 11, 1936, just days before King Edward VIII abdicated the throne to marry the American divorcée Wallace Simpson. The photo book assured the British subjects that their new king, Elizabeth's father, wasn't a lout like his brother because he had adorable daughters with dogs.

Dookie and Jane were the princesses' close companions growing up until Jane was tragically struck by a car and killed in 1944. That same year, for her 18th birthday, young Elizabeth received the dog that would launch her lifelong fascination with corgis and corgi breeding. Her name was Susan.

In breeding terminology, Susan became what's known as the "foundation bitch." Generations of the Queen's corgis have come from Susan's line, with the Queen often hand-picking the studs.

Elizabeth and Susan were inseparable from the start. When Elizabeth married Prince Philip in 1947, she snuck Susan with her on their honeymoon. And Susan remained by Elizabeth's side when her father died in 1952 and Elizabeth became Queen at the age of 25. In press photos from the 1950s, the young Queen is shown with her beloved corgi almost more than her husband.

They Sure Can Bark

Susan's prominence as the Queen's corgi did wonders for the breed's popularity.

"It did spark a huge interest in what up to then had been a niche breed," says Farrell, noting that Kennel Club registrations of purebred Pembroke Welsh corgis peaked in 1960 with 9,000. "Today, corgi registrations are down to about 500 a year. That's a big drop from its heyday."

As a breed, corgis are known for being lively, hardy and highly intelligent. They were originally bred in Wales as "drovers" or cattle dogs, where their compact, low-to-the-ground build enabled them to nip at the cattle's heels to keep them in line. The corgi's sharp, loud bark also helps it seem bigger and more authoritative than it appears. There are two breeds of corgi: the Pembroke and the Cardigan. The Cardigan is larger and longer than the Pembroke, with more rounded ears. Both breeds usually live around 12 years. "Corgi" is a Welsh word for "dwarf dog."

Of course, not everybody is keen on small, energetic dogs with yippy barks that nip at your heels. That's why when somebody comes into the Kennel Club looking for a new pet, Farrell advises them to do some research about what the dog did historically.

"What was their job? Are those traits going to suit your lifestyle? Can you give them the exercise that they need and the space that they need?" says Farrell. "If it's not the dog for you, there's lots of other dogs to choose from."

The Queen doesn't mind the rowdy energy of her corgis. In fact, she bred for it specifically, along with a preference for red coats. Her cousin Lady Margaret Rhoades told Vanity Fair that the Queen loved taking her rollicking pack of corgis for long walks in the Scottish countryside near Balmoral Castle, where she would encourage them to chase after rabbits.

The New Zealand Rugby League team waits to meet the Queen, but the corgis beat her to it inside the Bow Room at Buckingham Palace, 2007.
Pool Photograph/Corbis/Corbis via Getty Images

"The Queen gets excited with the dogs chasing the rabbits, egging them on," said the 90-year-old Lady Margaret. "Telling them to keep going — 'Keep on going!'"

While the rest of the Royal Family are certainly "doggy" by nature (Farrell's term), they're not all huge fans of the Queen's corgis.

"I've spent the last 33 years being barked at," Prince Harry told the BBC in 2017. His older brother William said as much in a 2012 interview. "They're barking all the time. I don't know how she copes with it."

How "The Crown" Helped the Corgi Breed

The breed's barkiness and its association with a bygone era likely contributed to the steep drop in the corgi's popularity over time. In 2014, the situation became dire enough that the Kennel Club put the Pembroke Welsh corgi on its vulnerable native breeds list, which calls attention to breeds with fewer than 300 registrations a year.

But then Netflix released its hit TV series "The Crown" in 2016, which dramatizes the life of young Elizabeth as she marries and becomes Queen, including lots of scenes with her corgis. Farrell says that corgi registrations increased by 16 percent in 2017, and then jumped by 47 percent in 2018.

"'The Crown' has a lot to do with this," says Farrell. "While the numbers are still relatively low, there has been a clear increase in registrations and I think we can attribute that to the depiction of the Queen and her corgis in popular culture." In the U.S., the breed continues to be very popular; the American Kennel Club currently ranks the Pembroke Welsh corgi at No. 13 out of 193 breeds in terms of popularity.

Sadly, the Queen bid farewell to the last of her own purebred corgis, Willow, in 2018. She made the difficult decision back in 2002, following the deaths of both her sister and the Queen Mum that she would stop breeding corgis so that none of them would outlive her and be forced to grieve her loss. (She still has two dorgis, which are dachshund-corgi mixes.)

Corgis are friendly, lively and intelligent, though they bark a lot.
Fiona Hanson - PA Images/PA Images via Getty Images

Monty Roberts, who has served as a horse and dog-breeding adviser to the queen, told Vanity Fair how devastated the Queen was after a previous corgi, Monty, died in 2012. At the time, he asked the Queen about breeding a replacement for Monty.

"I have no right to try to force her into continuing to bring on young puppies if she doesn't want to. That isn't my right. But it still concerns me," Roberts said. "Because I want her to believe in her existence until she's no longer here, because she's just too important to the world to contemplate checking out. For me, the Queen can't die."

Now That's Sweet
Farrell says that a lot of older pet owners are forced to make the same difficult choice not to take in a young dog. For working dogs that are bred to have a close relationship with a particular shepherd, the separation can be hard on the animal. "Corgis like their person," says Farrell. "And the Queen is their person." 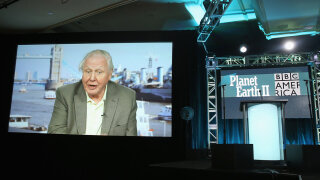 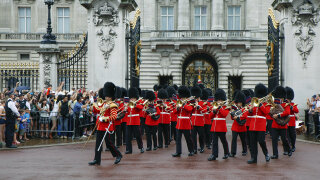 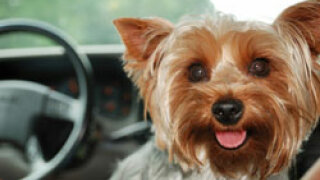 How to Trim a Yorkie