On your mark ... get set ... cut? As if lack of indoor plumbing wasn't enough, here's another reason to pity our ancestors: speed surgery was once a thing. Even scarier, it existed out of necessity, because anesthesia had not yet been discovered. Talk about a nightmare come to life!

Surgery then versus now couldn't be more different. Modern surgeons take their time, often spending hours painstakingly preserving a sterile environment, making measured decisions and double-checking their work to ensure success. Not so long ago, however, surgery was a wham, bam, thank you ma'am situation, simply because the patients couldn't handle the pain. Plus, the quicker the surgery, the better their odds of survival.

Although all surgeons of the day had to be pretty quick with the cut, Scottish surgeon Robert Liston (1794 – 1847) achieved impressive levels of fame and notoriety for both his surgical skills and ego, and is still known today as the fastest surgeon of the 19th century. Liston was in high demand because he "only" lost one out of ten patients on the table during his time at London's University College Hospital, compared with a mortality rate of one out of four patients at a nearby hospital.

Plus, if you absolutely had to get your leg cut off, you'd want it to be done quickly and with total confidence, right?

Liston reportedly had speed and self-assurance in spades, often turning his operating room into a showroom, asking spectators to, "Time me, gentlemen." Fellow surgeons were sometimes resentful of his cocky attitude, particularly because he liked to take on patients that had been written off as hopeless by other doctors. Whatever their opinion of his personality, his ability to amputate a limb start to finish in 28 seconds (from the initial cut to very last stitch), garnered much respect in the medical community and among patients. Indeed medical historian Dr. Richard Gordon called him the "fastest knife in the West End" of London.

Of course, his lightning-quick surgical skills resulted either in some major mishaps, or exceptionally tall tales, depending who you ask. His most notorious alleged gaffe possibly claimed the lives of three people in his operating room: the patient, a surgical assistant and another bystander. Legend has it he was amputating a man's leg so fast (under 2 minutes and 30 seconds!) that that he inadvertently cut off the assistant's fingers, and then slashed the bystander's coat while changing instruments. Both the assistant and patient were said to have died from resulting infections, while the bystander died of shock, from fear that he'd been stabbed. Even now, it's considered the only surgery in history with a 300 percent mortality rate!

Mishaps, aside, Liston was hardly a one-trick pony. He contributed several inventions to the medical community, such as the Liston splint, which remains in use today to stabilize femur breaks. He also was the brainchild behind locking forceps.

And he is credited with bringing the beginnings of anesthesia to the Old World, having heard about the use of ether in dentistry and surgeries in the United States. In fact, he was the very first European surgeon to use ether to sedate a patient. Frederick Churchill, who required a leg amputation, reportedly woke up several minutes after the operation was over, only to inquire about when the surgery was going to begin.

Ether continued to be experimentally used in operating rooms, although its high flammability potential and toxic nature eventually became apparent. Fortunately, it was finally replaced with the beginnings of modern anesthesiology, which many of us have grown to love and appreciate...especially since reading this article.

Nowadays, the same sort of amputation Churchill underwent would require a minimum of two to three hours in the operating room, followed by a hospitalization period of five to 14 days.

Sadly for Liston, a sailing accident took his life less than one year after Churchill's groundbreaking amputation, but not before he was able to make clear, legendary strides in his chosen field.

How a Trump Border Wall Would Affect Wildlife 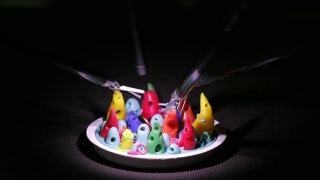 What is the future of robotic surgery? 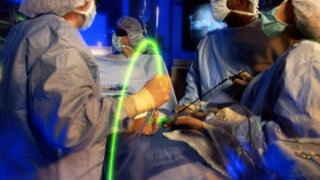 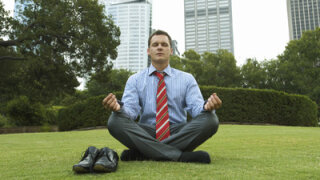 Could meditating before or during surgery decrease your pain?