by HowStuffWorks.com Contributors
Prev NEXT
3

The Deed With the Swede 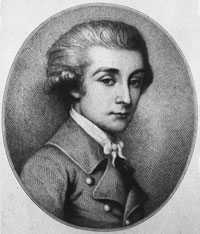 Marie Antoinette met the Swedish soldier Hans Axe­l von Fersen in January 1774 at a ball in Paris. At the time, she was still the dauphine (not yet the queen), and Fersen's military career had just begun. Marie Antoinette was instantly attracted to Fersen -- like many women before her and many women after her -- who was handsome, sol­emn and chivalrous. She invited him to Versailles, and he became known as one of her favorite guests. Fersen returned Marie Antoinette's affections, but couldn't offer constancy: His military career blossomed into a diplomatic post and took him to England for several years and then to the American colonies, where he fought with the colonists on behalf of France.

When Louis officially became king, he gave Marie Antoinette Petit Trianon, a three-story "pleasure house" tucked away in the vast grounds of Versailles. The house had been under construction from 1762-68 -- it was intended for Madame de Pompadour, a mistress of Louis XV. Marie Antoinette was delighted with her acquisition and expanded its domain to include a rustic farm and town that she called Le Hameau ("the hamlet"). Quaint as the property may have been, it cost Louis 2 million francs to build (nearly 6 million U.S. dollars in 2006) [source: Covington].

She passed her time in these shrouded quarters, and members of the court considered it a great honor to be invited there. In fact, those who weren't invited to Petit Trianon circulated rumors about the queen's debauchery and reputed love affair with her close friend the Duchesse de Polignac. Louis never slept over at Petit Trianon, though he did visit to attend theatrical performances in which Marie Antoinette played the parts of Babet and Pierette, provincial dairymaids [source: Fraser].

An artist's depiction of Petit Trianon in the summer, with a merry group frolicking and picnicking on the isolated grounds.
Emile-Charles Dameron/Fine Art Photographic/Getty Images

Fersen was a much more frequent visitor. He had his own apartment directly above Marie Antoinette's, and judging from the correspondence between the two of them, they had a very intimate relationship. In one series of correspondence, they wrote about the acquisition and arrangement of a stove [source: Covington]. While they were involved, Marie Antoinette still pursued her wifely duty of creating an heir to the throne; there's really no way to tell if her children were Louis' or Fersen's. But Louis accepted the children as his own, and Marie Antoinette and her lover were careful to avoid any unwanted pregnancies.­

When Marie Antoinette and her family were imprisoned at the Tuileries during the first thrust of the French Revolution, Fersen was instrumental in plotting their escape. He borrowed large sums of money and even mortgaged his house to help them flee, and he never did pay it back in full -- nor did the escape work. The party was apprehended in the town of Varennes, miles from the Austrian border.

Fersen outlived his lover by nearly 20 years. On June 20, 1810, he was beaten to death by a Stockholm mob for his suspected involvement in the crown prince's death.

In a letter he wrote to his sister, Fersen explained that he would never marry because the woman he loved was taken. In the next section, we'll look at the sturdy man who stood between the two lovers.