Who Was America's First Murderer? 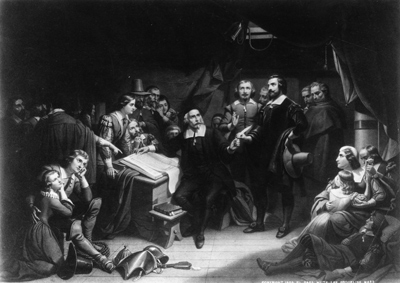 ­­­On a d­ay late in Sep­tember 1630, John Billington -- an original Plymouth colonist, a landowner, a father to two sons, a signatory of the Mayflower Compact -- stood with a noose around his neck. He was sentenced to hang. When he died that day, John Billington left behind a legacy of grim historic firsts for the New World.

John Billington was the first person to commit a crime in the colony. He had the dubious honor of being the first European to be convicted of murder in this new place. And he was the first to be executed by the state in the New World.

Earlier that same year, John Billington shot a young man named John Newcomen, who had recently migrated to Plymouth. Billington “waylaid” the man and shot him in the woods. Gov. William Bradford, in his historical treatise “Of Plymouth Colony 1620 - 1647,” doesn't mention the reason for the shooting [source: Pilgrim Hall].

­T­he hanging death of Billington was a result of a long, tense history between his family and the Puritan leaders. The Billingtons (John, his wife Eleanor and sons, John and Francis) were part of the Strangers -- a group of people who came to America on the Mayflower with the rigidly pious Separatist Puritans. Billington is believed to have been a Catholic, the branch of Christianity that the Puritans disliked the most.

On the voyage to North America, John Billington was involved in an attempted mutiny aboard the Mayflower. With tensions already high, one of John Billington’s sons nearly blew up the ship. In a cabin full of people, the unidentified son fired his father’s gun beside an open barrel half-filled with gunpowder. Despite the risk of the muzzle flash of the shot igniting the gunpowder, no one was hurt.

Once in the new world, Billington’s bad reputation continued to develop, after he scoffed at being pressed into military service by Captain Miles Standish. He was threatened with being hogtied, but is said to have begged for forgiveness. The records show that the leaders chose not to carry out the sentence since it was, after all, Billington’s first offense. It would hardly be his last.

Billington apparently disliked how the Puritan leaders governed the colony, for he is said to have spent a lot of his time involved in what would be considered anti-government subversion. He was implicated in a plot to overthrow the Plymouth Colony's religious governance. When pressed, however, he denied having been a participant and wasn't charged.

Over the course of the 10 years that the family worked its plot of land at Plymouth, accorded to them by the British crown as members of the first settler party, the Billingtons appear to have continued to make trouble for their fellow colonists.

John Billington Jr. ended up lost in the woods and wandered 20 miles before happening upon a Native American village. From there, he was taken to another village farther away. A group of 10 men set sail to find the boy and found him at what is now Cape Cod after a couple of days. When he returned to the colony, he was “behung with beads” [source: Fiore].

William Bradford especially disliked the family. The long-time governor of Plymouth said the Billingtons were “one of the profanest families” to come to the colony [source: Morison].

From these accounts, it may seem that John Billington and his family were the scourge of the early Plymouth Colony. But not so fast. John Billington may serve as a cautionary marker to remind us that history is never so clear-cut. 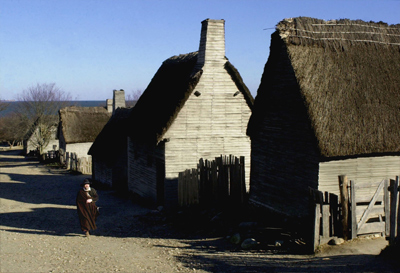 Gov. William Bradford was perhaps the most ardent critic of John Billington. In a 1625 letter to a Mr. Cushman back in England, Bradford mentions that "Billington still rails against you, and threatens to arrest you, I know not wherefore; he is a knave [scoundrel], and so will live and die" [source: Johnson]. Bradford, as governor, was the man who ordered Billington's death.