by Dave Roos Jul 18, 2019
This photo from the Iraqi invasion of 2003 shows the foot of Saddam Hussein's former summer palace with the ruins of ancient Babylon in the background. U.S. Navy photo by Photographer's Mate 1st Class Arlo K. Abrahamson

At the height of its glory in the 7th and 6th centuries B.C.E., the city of Babylon was the largest and wealthiest in the ancient world.

Under the ruthless and ambitious King Nebuchadnezzar II, the sprawling settlement in modern-day Iraq grew as large as Chicago, and boasted towering temples, ornately tiled palaces and imposing city walls thick enough for two chariots to pass each other side by side.

According to legend, it may also have been home to the Hanging Gardens of Babylon, one of the Seven Wonders of the Ancient World (see sidebar), and a hubristic sky-scraping temple that some historians believe inspired the biblical Tower of Babel.

An artist's impression of the Hanging Gardens of Babylon.
duncan1890/Getty Images

But the glory days of Babylon were short-lived. As foretold by Old Testament prophets, the grand city fell to the Persians in 539 B.C.E. and slowly crumbled over centuries of foreign invasions and occupations.

Although Babylon was designated a UNESCO World Heritage Site in 2019, there isn't much left to see of the once-unstoppable empire that dazzled Greek historians and enslaved its rivals, most famously the biblical Kingdom of Judah. If you took a trip to Babylon today, located 55 miles (85 kilometers) south of Baghdad, you'd see a tacky recreation built by Saddam Hussein in the 1970s that's been partially destroyed by decades of war. It's a sad ending to such a fabled city.

Hammurabi and His Code

Nebachadnezzar was the most famous of Babylon's rulers, but he wasn't the first. Several empires rose and fell and rose again over the millennia on the same coveted soil between the Tigris and Euphrates rivers.

The earliest king to unite warring Mesopotamian tribes into a single powerful city-state was the remarkable Hammurabi in the 18th century B.C.E. Not only did Hammurabi successfully conquer or forge alliances with Babylon's fiercest enemies during his 43-year reign, but he also built Babylon into a showplace for ancient innovations in engineering and criminal justice.

Hammurabi ordered the construction of intricate canals to provide Babylon's citizens with fresh water, and fortified the city's walls against invaders. He concerned himself with food distribution and public safety in a city that represented something entirely new in the ancient world — the intermingling of hordes of people from wildly different cultures.

In order to keep the peace among people without ties of blood or religion, Hammurabi created his famous Legal Code, essentially a detailed list of crimes and their associated punishments:

"If a man put out the eye of another man, his eye shall be put out.
If he break another man’s bone, his bone shall be broken.
If a man knock out the teeth of his equal, his teeth shall be knocked out."

This early system of retributive justice — inscribed on an 8-foot (2.4-meter) diorite obelisk that is housed in the Louvre in Paris — is believed to have been the basis of the ancient Hebrews' code of laws laid out in Exodus, known as "an eye for an eye, a tooth for a tooth."

Hammurabi's singular genius as a military and domestic leader wasn't passed on to his successor. Just days after Hammurabi's death, Babylon's old enemies declared their independence and readied their armies for invasion. The Babylonian kingdom fell to pieces and the city wouldn't return to glory for more than 1,000 years.

"By the Rivers of Babylon"

It was great and terrible Nebuchadnezzar II who rebuilt Babylon as a magnificent paean to the creator god Marduk. Ruling from 605 to 562 B.C.E., Nebuchadnezzar extended the Babylonian empire across Egypt, Syria and the Kingdom of Judah, where he seized Jerusalem in 597 B.C.E., capturing tens of thousands of Israelites and dragging them off to Babylon as forced laborers where the Bible tells us they "wept" in exile by its rivers.

This illustration depicts Babylon falling to the Persian emperor Cyrus the Great in 539 B.C.E.
ZU_09/Getty Images

Because of Nebuchadnezzar's imperialist cruelty and penchant for golden shrines to pagan gods, Babylon became shorthand for everything ungodly in the Judeo-Christian tradition. In the New Testament Book of Revelation, the "Whore of Babylon" makes an appearance "adorned with gold and jewels and pearls, holding in her hand a golden cup full of abominations and the impurities of her sexual immorality."

According to historians, Nechuchadnezzar relocated conquered people around the empire to keep them from organizing rebellions against him — under his leadership, Babylon became the biggest and most modern city in the ancient world.

In addition to building Babylon's colossal city walls, he was responsible for the stunning Processional Way, a wide thoroughfare lined with ornately tiled walls depicting lions and dragons in bright blues and yellows. The Processional Way led to the Ishtar Gate, the city's grand northern entrance.

One of Nebuchadnezzar's best-known construction projects was the temple of Marduk, which sat atop a 300-foot (91-meter) ziggurat accessible by a ramp that curved around its exterior. The Greek historian Herodotus, writing centuries after Babylon's heyday, described eight towers stacked on top of one another. It's not hard to believe that Old Testament authors may have modeled their Tower of Babel after the Marduk temple, known as the "house of the frontier between heaven and Earth."

The Fall of Babylon

Just a few short decades after Nebuchadnezzar's death, Babylon was taken by the Persian conqueror Cyrus II, who reduced the city to just another outpost in his vast, Iran-based empire. Two centuries later, Alexander the Great planned to make Babylon the jewel of his Asian empire, but ended up dying in the city in 323 B.C.E. After a solid sacking by the Parthians in the second century C.E., Babylon never made a comeback.

Two millennia of looting and warfare reduced Babylon to the barest of ruins. In the early 20th century, German archeologists recovered remnants of the Processional Way and reconstructed its blue-glazed tile murals at the Pergamon Museum in Berlin.

It was Saddam Hussein who took up Nebuchadnezzar's mantle and tried to reconstruct some of Babylon's former glory, but ended up with what art historians decried as "Disney for a despot." Much to the consternation of archaeologists, Saddam raised city walls of 38 feet (11.5 meters) and built a Roman-style arena on the ruins of the original Babylon. He even stamped his own name on the bricks, just as Nebuchadnezzar had done. Although some of the recreations were damaged during the prolonged occupations of the Iraq War (2003-11), many of the gaudily painted buildings remain and are open to the public, including Saddam's Babylonian palace.

What else can you see in Babylon? "Visitors can stroll through the remnants of the brick and clay structures which stretch across 10 square kilometers [3.8 square miles], and see the famed Lion of Babylon statue, as well as large portions of the original Ishtar Gate," reported Reuters in 2019. While Babylon itself is mainly a ruin, it's located just a few miles from the modern city of Hilla (or al-Hillah) which has a population of about 500,000 people.

Now That's Confusing
Many historians now believe that the fabled Hanging Gardens of Babylon may actually have been built 300 miles (482 kilometers) away in Nineveh by Assyrian king, Sennacherib, rather than Nebuchadnezzar. Others think the gardens never existed, as no archaeological evidence has been found, nor was it mentioned in contemporary Babylonian texts. The first mention of the gardens was in 290 B.C.E., long after Nebuchadnezzar (the alleged builder) had died.

Grass Gobbling Goats Are Gardening Away at O'Hare, Google

Without a Hippocampus, Your Long-term Memory Is History 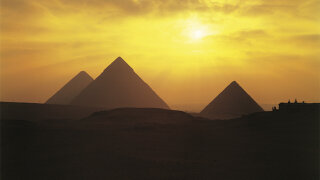 How the Seven Wonders of the Ancient World Work 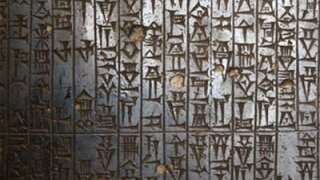 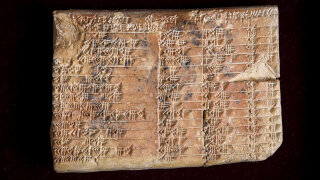 Ancient Babylonian Tablet May Show Early Trigonometry, But Some Experts Are Dubious