The lord of the underworld rules over all, eventually, good, bad and in between. duncan1890/E+/Getty Images, HowStuffWorks

Your average citizen of ancient Greece did not, in his or her everyday life, spend much time worrying about the King of the Underworld. Greeks were polytheists. They had a bunch of gods to consider. Asking for blessings from the goddess of love (Aphrodite) or the god of war (Ares) was way more important than dealing with the god of the dead.

After all, everyone was going to come face-to-face with Hades at some point. No use in hurrying things.

Still, Hades was a god and therefore commanded some respect from the Greeks. He and his brothers, Zeus and Poseidon, earned that status by knocking off the old-guard gods, the Titans, in a 10-year war known as the Titanomachy. Afterward, these new gods — the Olympians — split up the cosmos: Zeus, god of sky and the heavens (among other cool gigs), became king of the gods. Poseidon assumed control of the seas.

And Hades ended up with a mixed bag, ruling over both the dead and everything under the earth, including seeds, grains, gold and silver. It really wasn't as bad as it sounds. In fact, people ended up naming the underworld after him.

"He has this other name — Pluto — which means 'the rich one,'" explains Richard P. Martin, a professor of classics at Stanford University and the author of "Classic Mythology: The Basics" and several other books and articles on Greek, Latin and Irish literature. "The fact that he's connected also with [his pilfered wife] Persephone, who's connected with fertility and crops, gives you the impression that he's got a pretty good deal. He's the one who can kind of control what comes out of the earth. So it's not like he's got this kind of ... 'short straw' and he's in some dungeon.

"He was presented in this poem, "The Hymn to Demeter," as being a good catch, because he's rich and he's related to Zeus. So there's no sense in the ancient stuff, that I know, that he's somehow lost out and he's angry or something."

Hades vs. the Devil

In ancient Greek literature, Hades is portrayed as a serious, stern god, his three-headed dog Cerberus often by his side. Hades dwells forever in the underworld. He hardly ever leaves.

He doesn't have to draw people or trick people into the underworld, like the devil does in some later religious version of the underworld and its denizens. Hades is a god, not a fallen angel like Satan. Hades rules over all who come his way, all the dead, good and bad, and keeps them from escaping.

The most famous story about Hades centers around a brief foray outside of his kingdom. It is the tale of the capture of his wife, the goddess Persephone, daughter of Demeter (and also Hades' sister) and Zeus. Hades, smitten with the childlike Persephone and perhaps a little lonely in the underworld, tempted her with a beautiful flower, seized her when she bent down to pick it, then drew her into the depths to rule by his side. From "The Hymn to Demeter":

She [Persephone] was filled with a sense of wonder, and she reached out with both hands to take hold of the pretty plaything. And the earth, full of roads leading every which way, opened up under her ...

There it was that the Lord who receives many guests made his lunge.

He was riding on a chariot drawn by immortal horses. The son of Kronos. The one known by many names.

He seized her against her will, put her on his golden chariot, and drove away as she wept.

The kidnapping did not go over well with Demeter, the goddess of grain and agriculture, who so mourned the loss of her daughter that she neglected her duties, bringing a great famine to the land. The famine threatened humankind and so, after some god-to-god bargaining — after all, the gods couldn't let humans die off; who would praise them? — the brothers Zeus and Hades agreed that Persephone could leave the underworld every year to be with her mother.

The only stipulation was that Persephone had to be reunited with Hades for a certain amount of time each year, a bargain that was sealed when Hades tricked Persephone into chowing down on a pomegranate (the magic of the pomegranate mandated her return to the underworld).

It is said that whenever Persephone returns to the underworld — every winter — crops suffer as Demeter weeps.

Greek god and goddess Hades and Persephone hold court with Hermes and others. Persephone didn't spend all her time in the underworld.
ZU_09/DigitalVision Vectors/Getty Images

Hades mainly did his ruling without bother from humans, though he was occasionally called on, Martin says, for curses. In a recent find in Greece, a "curse tablet" asked Hades and others — Hecate, for example, the goddess of magic and witchcraft — to bind the tongues of opponents in court. But, again, Hades was not nearly as popular among Greeks as, say, Athena, the goddess of wisdom, war and pottery (among her many duties).

"Everybody knows — and in Greek culture, it's much more prominent — that they're going to die. They know that it's not great, they know that they're just kind of stuck in this other world. So it's not worth your money to kind of propitiate Hades. You're going to get there anyway," Martin says. "But it might be worth it if you are someone who paints fine pottery to dedicate something to Athena in thanks so that she will continue to benefit you as a craftsperson. It's very transactional."

It's unclear exactly when the Greek underworld became known as Hades. But that ancient Greek realm is, clearly, a world apart from the more modern version of the underworld, what many know as hell.

"As you see it depicted in, say, Homeric poetry, which is maybe from 700 BC, the realm of Hades is just a kind of dank underworld where you don't see the light of the sun," Martin says. "But it doesn't — except for a couple of specific sinner-types — it doesn't have the very carefully [determined] neighborhoods for different people who did things on Earth. That's a much more late-antiquity thing, and Roman. When you come to Virgil and the Aeneid [an early epic Latin poem], which is from the first century BC rather than the eighth century BC, then it's much more Roman bureaucratic stuff; this part, Elysian Fields [a kind of heaven that some considered to be in the Underworld], and you have this other part. It's much more laid out like a cityscape."

Except for a few who angered Zeus — notably Sisyphus (commanded to roll a boulder up a hill for eternity), Tantalus (now several centuries into going thirsty and hungry despite standing in a pool of water within reach of a fruit tree), and Ixion (who, after trying to seduce Zeus' wife, was strapped to an ever-turning, fiery wheel forever) — the Hades of Homeric times was not fire and brimstone, eternal damnation stuff. It was not the nine circles of hell in Dante's "Inferno."

But at the time, as hell is now, neither was it a place where you wanted to hang out.

"For the Homeric imagination, everyone just suffers the same thing. And the suffering is not punishment," Martin says. "It's just the fact that you're not alive."

NOW THAT'S INTERESTING
Hades was seen as a grim god, and the kidnapping of Persephone didn't help his reputation. But it should be noted that he didn't steal his brother's daughter on his own: Zeus brokered the deal, offering up his daughter when Hades asked for a wife. The story has many versions, including at least one in which Persephone, charmed by Hades' attention and tempted by his offer to share in the ruling of the rich underworld, eventually falls in love with her abductor.

Baby It's Cold Outside! How the Arctic Fox Survives Frigid Temps

Can You Really Start Your Own Bank? 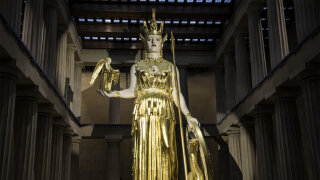 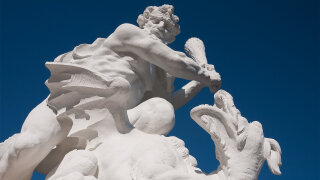 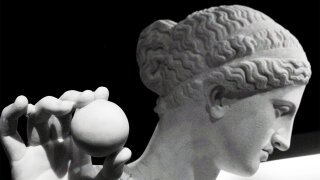