Was a Hungarian countess the world's most prolific serial killer? 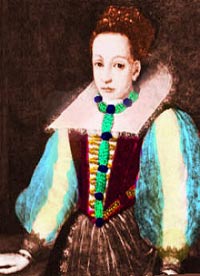 Elizabeth Bathory, the woman who came to be known as the "Blood Countess," was born into Hungarian nobility in 1560. She is said to have suffered from fits and outbursts of rage -- possibly even epilepsy. From an early age, she witnessed her father's officers torture the peasantry that lived near her family's estate. Most historical analysis of the countess includes young Elizabeth as witness to a captured thief being sewn into the stomach of a dying horse and left to perish [source: King's College].

­This story underscores two major aspects that may have influenced Bathory: exposure to incredible violence and her family's condoning attitude toward it. Accounts depict her penchant for inflicting pain on others and claim that she wo­rked with accomplices. One may have been her husband, Ferencz Nadasdy, and others were members of her court.

Nadasdy married Bathory when she was 15. A soldier, he spent much time away from home. There's speculation that Nadasdy may have taught his wife new torture methods, while other researchers believe he was ignorant of her actions. What's agreed upon is that Bathory practiced most of her crimes in his absence [source: King's College].

Bathory had a penchant for torturing young girls in particular -- historians posit that she was bisexual. The acts she committed ranged from driving needles through her servants' lips and fingernails, to leaving her victims naked in the snow, dousing them with water and letting them freeze to death. One servant girl was beaten by Bathory and an accomplice for stealing a pear. The clubbing was so bloody that Bathory had to change her shirt. The girl was beaten for hours and finally stabbed to death with a pair of scissors [source: McNally].

Bathory's acts have a way of engendering a hybrid of truth and legend. Perhaps the most notorious legend about Bathory is that she bathed in her victims' blood. Inevitably, this led to rumors that the countess was a vampire. This legend was first published in 1720 by a Hungarian priest who interviewed local peasants and read testimony from the trials of Bathory’s accomplices. She reportedly claimed to use blood to keep her skin young -- she wanted to remain beautiful for her husband [source: McNally].

The official testimony of Elizabeth Bathory's murders, which is still extant in Hungarian archives, is both questionable and convicting in nature. Late in 1610, Elizabeth's cousin conducted a raid on Bathory's castle. Inside, there were already dead victims and some imprisoned, supposedly awaiting death. Bathory's accomplices were arrested and put on trial -- she never was. These testimonies still survive.

These testimonies are questionable because they were most likely culled from acts of torture inflicted on Bathory's own accomplices. But the fact that there even were trials regarding Bathory's murders lends some credence to the stories surrounding the woman. From the testimonies, the number 650 was settled upon as her victim count. One witness testified that Bathory kept a registry of her crimes (numbering 650) [source: McNally].

None of this testimony amounted to a trial for Bathory. Instead, she was walled into her room, with just enough space for air and food to pass through. She spent the remaining four years of her life there, until she was found dead on the floor in 1614. Her bloody life, whether exaggerated or factual, had come to an end -- and Bathory entered the realm of legend.

For more information on crime and serial killers, follow the links below.