How did a Harvard commencement speech help save Europe after World War II? 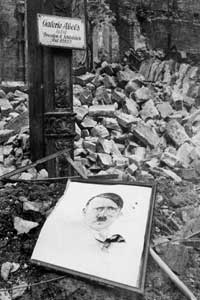 It took ­Secretary of State George Marshall only 12 minutes to outline a plan to save Europe after World War II, though he planned to keep ­his remarks even briefer. Rather than addressing Congress or the newly formed United Nations, Marshall chose a Harvard commencement speech on June 5, 1947, as his platform to unveil the U.S. State Department's strategy for reviving the flagging European economy. Emphasizing poverty relief above political conflict, Marshall spoke in simple, concrete language. Days later, officials in the United States and Europe initiated discussions about what would be recognized as the most significant foreign policy exchange in U.S. history.

World War II, which came to a close in 1945, had devastated Western Europe. A quarter of Germany's urban housing had been destroyed, combined with a 70 percent drop in gross domestic product [source: Hoover]. Industrial production across the continent was at 60 percent of prewar levels [source: Machado]. Though some nations verged on recovery, a drought followed by a brutal winter in 1946 ruined wheat harvests and intensified the scarcity of commodities. The gap between imports and exports widened, worsened by the repayments of war debt. Will Clayton, Under Secretary of Economic Affairs during the Truman administration, observed the postwar wreckage in Europe and described, "millions of people…slowly starving" [source: Hindley].

In the face of rising malnutrition, homelessness and unemployment, Communist regimes gained popularity. By 1947, the French Communist Party held a sizeable presence in the national parliament, and Italian Communists had won comparable political influence. As relations between the United States and the So­viet Union chilled, the U.S. government feared the escalation of Communist support in response to the crumbling European economy.

Amid this tenuous international environment, George C. Marshall was slated to receive an honorary doctorate from Harvard. In a letter from Marshall to the university president, the secretary of state explained that he would say a few words of thanks at the commencement ceremony and "perhaps a little more" [source: Hindley].

Addressing a lay crowd gave Marshall more leverage. Strict isolationists in Congress might have dismissed the recovery strategy immediately, forcing him into an uphill battle. Instead, the largely conservative Harvard audience and the media in attendance applauded the plan, paving the way for its reception on Capitol Hill.