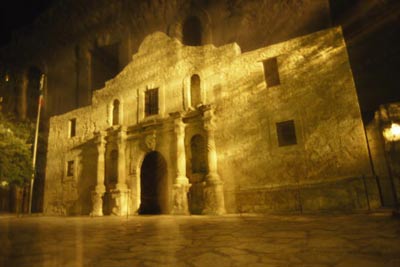 Most o­f us have heard the expression "remember th­e Alamo." It's most often used as a battle cry -- a w­ay to convey strength and honor in three succinct words. But have you ever wondered exactly why we remember the Alamo? Sure, a battle was fought at the fort, but plenty of battles have been fought in the United States. What makes the Alamo so special?

The Alamo, a stone monument to Anglo westward expansion, was originally built as a Catholic mission for the purpose of converting Mesoamerican Indians living near the growing town of San Antonio. The name "Alamo" came from Spanish cavalry members, who nicknamed the mission after their own village of Alamo de Parras. Alamo means "cottonwood" in Spanish [source: Winders].

In 1836, Texas was in a state of revolutionary flux. War had caused the former Mexican state to break away, and now, Texas was up for grabs. Six different groups were anxious to get their hands on it:

On this night, the confederation of Anglos and Tejanos (powerful Hispanic landowners) were barricaded inside the Alamo. In the early hours of Mar. 6, 1836, these insurgents were faced with defending their designs for Texas with their lives. Among the group were about 200 men. After nearly two weeks of gaining and losing footholds in the town of San Antonio, the Mexican Army had caught up to them and was at the fort's door.

So even if you've heard the expression "remember the Alamo," have you ever wondered why the battle is memorialized? We'll get to that soon. First, read the next page to find out about what happened at the famous Texas mission.

Think you're an expert on military history? Test your knowledge with this quiz from the American Heroes Channel: 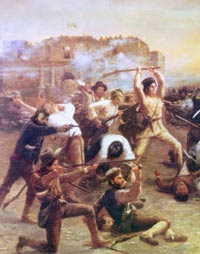 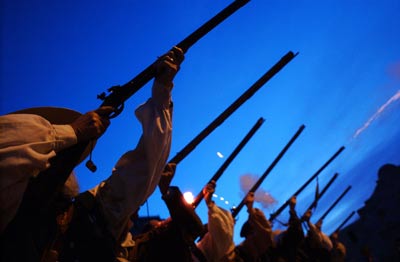