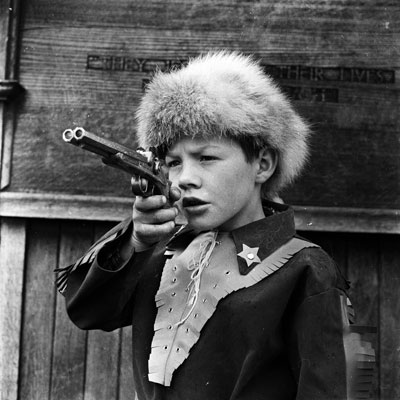 In 1955, more than 100 years after his death, kids once again looked up to Davy Crockett as a hero and role model, thanks to Walt Disney.
Harry Kerr/BIPs/Getty Images

Unless you were living under a rock in the 1950s (or not born yet), you were part of Davy Crockett's fan base. The legendary frontiersman experienced a resurgence in popularity more than 100 years after his death, thanks to a little help from Mr. Walt Disney. Crockett's popularity continues still today, with Crockett settled into a comfortable position as one of America's great real-life legends.

Between 1954 and 1955, Disney aired five episodes of "Davy Crockett" on television. The series chronicling Crockett's larger-than-life adventures became an instant success. Different singers' recordings of the show's theme song, "The Ballad of Davy Crockett," sold millions of copies. Crockett's trademark coonskin cap (which looked pretty much like a raccoon sleeping atop the wearer's head) became a fad among preadolescent fans and ironic teenagers alike. All told, more than $100 million worth of Davy Crockett material was sold within just a few months of the Disney show's premiere [source: Hoffman and Bailey]. Even the U.S. government caught Crockett fever: In the early 1960s, the army produced a lightweight artillery launcher that fired mortars equipped with small nuclear warheads. The army named the setup the "Davy Crockett" [source: Brookings Institution].

This wasn't the first time Davy Crockett enjoyed far-flung fame. While he was alive, he attained celebrity status -- during a time when newspapers and books were the only available means of publicity. Yet Davy Crockett still emerged as an international star. Many books and plays based on (and grossly exaggerating) his life and exploits were written. And following his death as a defender of the Alamo, his legend grew even larger.

Crockett was an expert frontiersman, eschewing the comforts of Eastern cities and pushing westward to carve a life out of the American wilderness. But it wasn't until Disney got involved in Crockett's legend that Davy was pronounced "king of the wild frontier." Find out what he did that earned him such a formidable title on the next page. 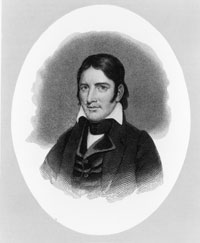