James Hilton was simply dreaming of a place that humans have yearned for since they first learned to yearn. A heaven of sorts. A paradise. Utopia. Xanadu. The Garden of Eden. Shambhala.

Hilton, a popular English writer in the first half of the 20th century, named his happy place Shangri-La, and he made it wondrous and spiritual, tucking it high into the mountains in an exotic part of northwest Tibet. It was the setting of his 1933 adventure novel "Lost Horizon," which instantly became a worldwide bestseller. It was also made into a major Hollywood film — the legendary Frank Capra directed and Ronald Colman and Jane Wyatt starred — in 1937.

From the moment "Lost Horizon" hit bookstore shelves, Shangri-La became synonymous with Utopia. Back then, it was an ideal, a place to escape to during a time when the real world had just been through a global war and the Great Depression. Since then, the simple idea of the place has sparked countless pilgrimages to Tibet, journeys of faith and perseverance, of hope and distant promise, of supposed enlightenment and, sometimes, disappointment.

It's kind of an amazing phenomenon, considering that the place doesn't exist. And it never has.

Well, until recently, that is.

Hilton reportedly did most of the research for his novel in the British Museum Library, not far from his home in the northeastern part of London. He never actually went to Tibet. Instead, he took inspiration for Shangri-La from another utopian dream, a place known for centuries as Shambhala.

"There was one sort of very, very garbled version of the Shambhala myth that Hilton read in one of the Catholic explorer's writings. But it wasn't at all clear," says Ed Bernbaum, who lectures on comparative religion and mythology and wrote "The Way To Shambhala" in 1980. "It is this sort of universal theme. And at that time, Tibet was pretty much unexplored. So, if you're going to look for a hidden utopia, that was an ideal place to do it."

Shambhala is a Tibetan Buddhist legend about a utopian paradise far in the northern mountains of Asia. It is a spiritual place where people of all religions and backgrounds live together in harmony. It's also said to be the place from which, when war and evil engulf the rest of the world, a leader will emerge to defeat the forces of chaos and usher in a new age of peace and happiness.

Shambhala grows out of the Buddhist teaching of Kalachakra, or the Wheel of Time, which states that the center of the universe is Mount Meru (sometimes called Mount Sumeru), said to be well north of Tibet.

"People sort of looked at Tibet as this mysterious, Utopian kind of place," Bernbaum says, "and the Tibetans themselves looked even farther north for that Utopia, Shambhala."

If Hilton (who died in 1954) was indeed modeling Shangri-La after the Buddhist teachings of Shambhala, it would probably pain him to learn what has happened to his imaginary wonderland.

It has become real. Too real.

In 2001, the Chinese government — which has controlled Tibet since the late 1950s — changed the name of Zhondian county to Shangri-La for a simple purpose: to cash in on tourist dollars. Many areas in China had been vying for the right to change their names to Shangri-La and it took nearly a decade to decide on a winner. Zhondian won in what The Guardian called in 2006 "one of the most audacious rebranding exercises in history."

A view through Tibetan prayer flags of the Ganden Sumtsenling Monastery in Shangri-La, in southwest China's Yunnan Province. The county formerly known as Zhongdian was officially renamed Shangri-La in 2001 in an effort by local government to boost tourism.
AFP/Getty Images

Now, the larger area of Shangri-La boasts a Shangri-La Resort, a Hilton Garden Inn Shangri-La, and an airport with daily flights to Beijing, Shanghai and Lhasa (the capital of China's Tibet Autonomous Region, in the heart of what Westerners know as Tibet). Visitors can tour the largest Tibetan Buddhist monastery in Yunnan province. And when they're done, they can quaff down a brew at the Shangri-La Beer Bar ("Beer Made in Heaven.")

Tibet and the newly named Shangri-La are a draw for reasons other than the tourist traps, of course. Tibet is known, after all, as the "Roof of the World." It shares the highest peak in the world, Mount Everest, with neighboring Nepal (though that's a long way from Shangri-La). The area's natural beauty is breathtaking, which makes it a destination for outdoor lovers that is especially popular with Chinese tourists. (It's harder for Westerners to secure visas to get there.)

But is this the Shangri-La that James Hilton envisioned? Is it what modern travelers expect?

That, it seems, is probably up to the pilgrim.

"There are different ways of going to Shambhala," Bernbaum says. "To me, what I found most interesting was the symbolism of it. It sort of reflects an inner journey."

Now That's Interesting
Shangri-La was the original name of an idyllic retreat in Catoctin Mountain Park in Frederick County, Maryland, about 60 miles north of Washington D.C. President Franklin Delano Roosevelt dubbed it that when it opened in 1942, less than a decade after "Lost Horizon" was published and five years or so after the movie premiered. In 1952, President Dwight Eisenhower renamed the spot after his grandson. The presidential country getaway has been known ever since as Camp David.

How Telemedicine Can Help You During COVID-19 and Beyond 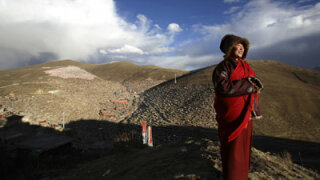 How do Tibetans avoid altitude sickness? 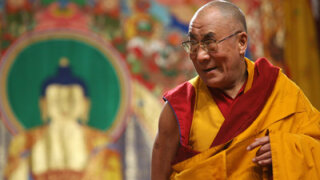 How the Dalai Lama Works 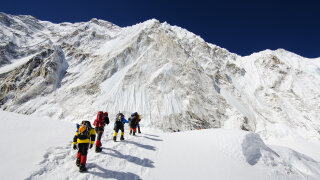