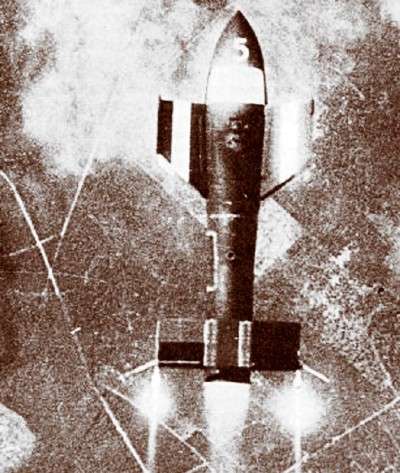 In early June 1944, the French Resistance was alerted to the upcoming D-Day invasion. This and other key World War II events of May and June 1944 are highlighted in the chronological timeline that follows.

May 29: Tanks clash in the Pacific Theater for the first time when U.S. forces attempt to evict the Japanese from their strategically important airfield on the island of Biak.

The USS Block Island, a Bogue Class escort carrier, becomes the only American carrier to go down in the Atlantic when it is torpedoed by U-549 in waters northeast of the Canary Islands.

May 30: The Nazis order all Germans to kill downed Allied airmen on sight.

June 1: The French Resistance is given its marching orders and alerted to the timing of the D-Day invasion when the BBC broadcasts Verlaine's poem "Chanson d'Automne."

June 2: As the Allies approach Rome, appeals come in from all quarters to spare the ancient city the destruction wrought on much of the rest of Europe.

June 4: The Allies march on Rome, one day after Hitler orders his armies withdrawn. Though sporadic fighting occurs in the outskirts, the city center is spared.

A forecast of high winds and excessive cloud cover forces the postponement of D-Day by one day, to June 6.

June 5: Field Marshal Erwin Rommel leaves his post on the coast of France to travel to Nazi Germany to celebrate his wife's birthday. He will spend most of D-Day speeding back to the Normandy front.

Allied paratroopers land in France late in the evening as a prelude to the D-Day invasion.

The headlines below describe Nazi rocket ingenuity, the U.S. Marines' experience in the Mariana Islands, and other World War II news from 1944.

Germans launch "buzz bomb" rockets at London: On June 13, 1944, Nazi Germany launched the V-1 flying bomb at London for the first time. The "buzz bomb" was an unmanned, pulse-jet aircraft developed in Peenemünde, a town on a small German peninsula in the Baltic Sea. German scientists, under the direction of Wernher von Braun (later the father of the U.S. space program), also developed the V-2 ballistic missile, a pilotless aircraft that traveled at four times the speed of sound, making it invulnerable to antiaircraft and fighter fire. RAF bombers attacked Peenemünde on August 17-18, 1943, destroying much of the missile development site. However, production of these weapons continued there and at other locations.

Communication is key to U.S. victory on Saipan: A Marine works a field telephone switchboard at a temporary command post on Mount Tapochau in the center of Saipan. Even command posts were unsafe on Mount Tapochau in the center of Saipan; 19 battalion commanders were killed or wounded. Tapochau, the island's highest point (1,554 feet), was a crucial objective from which Japanese observers had initially called down artillery fire on the beaches. Its capture by the Second Marine Division on June 25 without loss was a turning point. Despite a lack of radio batteries and occasional cut telephone lines, efficient American communications on Saipan contributed enormously to the complex invasion's eventual success.

U.S. Marines land on Mariana Island, Saipan: Invading the Mariana Islands, from which U.S. bombers could bomb Japan, was an immense logistical challenge. Some 535 combat ships and auxiliaries transported 127,571 troops to islands more than a thousand miles from the nearest U.S. base, Eniwetok. The Marianas were 3,500 miles from the troops' departure point, Pearl Harbor. Early on June 15, 1944, after Admiral Turner gave the go-ahead to the landing force, vessels such as landing craft carried Marines to the key Mariana island, Saipan. More than 600 amphibious craft debarked two divisions on eight beaches on a four-mile front with no serious collisions. Some 8,000 Marines were landed in the first 20 minutes. Once the troops were ashore, they met fierce resistance.

U.S. troops face troublesome obstacles in Saipan: Saipan's terrain was much more diverse than the small, low-lying atolls of the Marines' and Army's recent campaigns. Mountains, tangled vegetation, cane fields, ravines, and caves all presented obstacles. The enemy usually proved difficult to locate, and fighting everywhere was at close quarters. Grenades proved invaluable, and so did satchel charges and flamethrowers. U.S. naval dominance had prevented the Japanese from receiving the reinforcements and supplies needed to strengthen their defenses before the invasion. But the 30,000 Japanese defenders fought with characteristic determination for land that they considered strategically vital home territory.

To learn more about World War II history in 1944, read on. Another detailed timeline and news headlines for June 1944 follow.