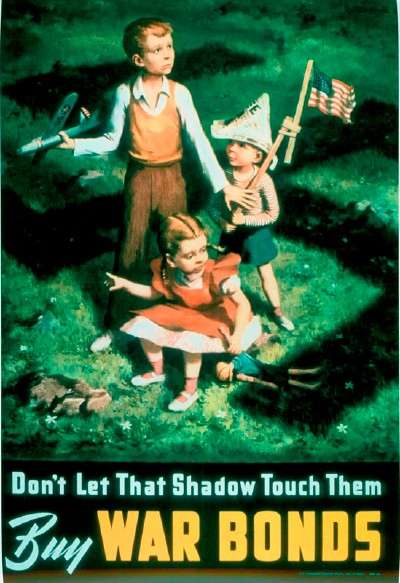 The United States' first attack on Japanese soil occurred in early 1944. This event and others from January and February 1944 are highlighted in the following World War II timeline.

The Luftwaffe takes another hit in a disastrous raid on Britain, losing 57 airplanes.

The U.S. begins an air campaign over the Marshall Islands to soften Japanese defenses prior to a ground-based assault.

January 30: The U.S. Army suffers a tremendous loss when an offensive against the Italian town of Cisterna turns into an ambush. Nearly two battalions of U.S. Army Rangers lose their lives.

February 1: Relaxed rationing rules in Britain allow for the return of pockets, pleats, buttons, and collars to men's suits.

February 2: The Americans obtain authorization to use Soviet air bases to rest and refuel during shuttle sorties.

One hundred Polish civilians are murdered by the Nazis in reprisal for the partisan killing of Franz Kutschera, the SS chief in charge of the Warsaw district.

February 3: The Wehrmacht is forced to divert valuable resources to rescue some 60,000 Eighth Army troops caught in a snare by the advancing Red Army within Soviet territory.

The U.S. Navy attacks Japanese soil for the first time, blasting the northern Japanese island of Paramushiro with ship-based artillery.

February 5: Michel Hollard, the French Resistance leader who warned the British about Germany's V-bomb capabilities -- enabling the Allies to destroy some related facilities -- is captured by the Nazi Gestapo. He will survive the war.

News from the early months of 1944 include the Allied invasion of Italy and the development of the atomic bomb. See the headlines and image below for more information.

Los Alamos scientific community isolated for security reasons: In 1943 hundreds of families moved to the highly secret Los Alamos National Laboratory community in New Mexico, where the first atomic bomb was built. Isolated on primitive roads, fenced with barbed wire, and patrolled by mounted guards, the community was shut off from the outside world. Even so, young Princeton scientist Richard Feynman demonstrated security weaknesses by repeatedly sneaking out through holes in the fence and then walking back in through the gate to draw guards' attention to the flaws. Workers lived in simple housing, although those higher in the scientific hierarchy had proportionately better homes. Los Alamos residents worked hard and relaxed at movies, restaurants, and parties within the compound.

Italian groups resist German occupation: After Italy's government surrendered to the Allies on September 8, 1943, a sprawling and spontaneous Italian resistance movement sprang up against German occupation. It consisted of a loose and sometimes quarrelsome network of Catholics, Jews, Communists, and other groups. Resistance took many forms, including strikes, noncooperation of Italian soldiers in the Wehrmacht, and partisan warfare. These Italians, pictured in Sicily, aided South African troops in locating German snipers. During 1944, resistance groups exasperated the Germans by establishing several provisional governments in northern Italy.

Allies' Operation Shingle designed to destroy German defenses: The Allied invasion of Italy in September 1943 resulted in a stalemate as the Germans successfully defended the Gustav Line across Italy. The Allies launched Operation Shingle (so-called because it was expected to peel away German defenses like roof shingles) on January 22, 1944. Allied troops, such as the ones seen here, landed behind the Gustav Line a mere 35 miles from Rome. But the landing was not followed by an adequate Allied offensive, and the Battle of Anzio turned into a bitter four-month siege that was eerily reminiscent of World War I's paralyzing trench warfare.

Stern American propaganda designed to encourage war funding: After the surprise attack on Pearl Harbor, propaganda messages on the radio and on posters encouraged Americans to conserve particular materials and help fund the war. This poster of children about to be covered with the shadow of a swastika was typical of wartime propaganda. It attempted to convince everyone that the Axis threat was real and that the only way to stop it was through the purchase of war bonds.

German field marshal Albert Kesselring designs strategy in Italy: The military shrewdness of German field marshal Albert Kesselring, seen here at Anzio in February 1944, proved the bane of Allied hopes for an easy conquest of Italy. It was he who engineered the Gustav Line, a seemingly impassable barrier that thwarted an Allied advance upon Rome. Initially surprised by the January 1944 Allied landings of Operation Shingle, Kesselring quickly observed the inadequacy of the Allied offensive, then deftly mobilized German troops to pin down the invaders on the Anzio beachhead. Kesselring, who was especially adept at finding defensive advantages in Italy's landscape and weather, also ordered the killing of Italian civilians.

In the next weeks of World War II, the heaviest bomb up to that point would be dropped, and the most intense air raid staged. Continue to the next section for a timeline of events for the first half of February 1944.