For the better part of a century, African Americans lived under the burden of what now are known as Jim Crow laws. This racist system of segregating people, mainly blacks from whites, infected virtually every sector of American life, and reached far beyond the South where it was best known and most cruelly practiced.

Worse yet, Jim Crow and the deep wounds it inflicted on American society are not relegated to the past tense. Its legacy is still felt, in many ways, today.

"Jim Crow was about so much more than laws," says Stephen Berrey, a professor of American Culture at the University of Michigan and the author of "The Jim Crow Routine: Everyday Performances of Race, Civil Rights, and Segregation in Mississippi." "It really was an all-encompassing system that involved political practices, economic practices, social practices, cultural practices. Some of that was about legal things, but some of it wasn't.

"One of the challenges why Jim Crow often seems like it's in the past, people tend to think that, 'Oh, it was a few laws, and we got rid of segregation laws, and we got the Voting Rights Act, so that must have taken care of it.'

Who Was Jim Crow?

The real-life person, Jim Crow, never was. Crow was a fictional character in a minstrel show, a representation of a black man — an exaggerated, stereotypical, racist representation — carried out by a white man onstage, in blackface, in the early part of the 19th century. The New York actor's singing, babbling, raggedy version of "Jim Crow" was a hit with many audiences, and by 1838, the term "Jim Crow" had become a racial epithet. As states began passing laws to restrict the rights of slaves freed at the end of the Civil War, the laws came to be known as Jim Crow laws.

These laws were said to be enacted for many reasons, but the simplest explanation for them is this: They aimed to maintain white people's claim to first-class status in American society, and to forever keep black people as second class. From the Jim Crow Museum of Racist Memorabilia at Ferris State University in Big Rapids, Michigan:

The Jim Crow system was undergirded by the following beliefs or rationalizations: whites were superior to blacks in all important ways, including but not limited to intelligence, morality, and civilized behavior; sexual relations between blacks and whites would produce a mongrel race which would destroy America; treating blacks as equals would encourage interracial sexual unions; any activity which suggested social equality encouraged interracial sexual relations; if necessary, violence must be used to keep blacks at the bottom of the racial hierarchy.
Jim Crow laws intended to provide "separate but equal" accommodations for the white and colored races at places like the Rex Theater in Leland, Mississippi.
The New York Public Library

The Birth of Jim Crow Laws

The Emancipation Proclamation of 1863 freed all slaves from states that had seceded from the Union, and in the following years, three amendments to the U.S. Constitution — the 13th (in 1865, abolishing slavery), 14th (1868) and 15th (1870) — guaranteed "equal protection" to all citizens (14th) and the right to vote regardless of "race, color, or previous condition of servitude" (15th).

The South, humiliated by its loss in the Civil War and what it felt was punishment meted out by the U.S. government, responded by enacting a series of laws over several years to severely restrict the rights that had been granted to blacks. A few early examples:

1866: The Tennessee legislature passed a bill requiring separate schools for blacks and whites. Between 1866 and 1955, Tennessee passed 20 Jim Crow laws, including ones that outlawed miscegenation and required segregation in public accommodations.

1877: The new constitution of the state of Georgia included requirements that primary schools be segregated and established a separate university for blacks. It also instituted a poll tax, which disproportionately affected poor, black people, effectively stripping them of the right to vote.

1890: The Louisiana Railways Accommodation Act (also known as the Separate Car Act) required railways "to provide equal but separate accommodations for the white and colored races." That law would be the basis of a chilling Supreme Court decision later that decade.

Laws like these kept blacks from voting, and thereby having a say in governance; barred them from holding public office, slanting the justice system against them; restricted them socially (requiring blacks to use different phone booths, drinking fountains, restrooms, etc.); stymied them economically; and, in all, prohibited them from gaining equal footing with white citizens.

By themselves, the Jim Crow laws were devastating. But, as Berrey points out, the legal aspect of Jim Crow was only part of the problem. Blacks also were subjected to widespread violence and murder — implicitly condoned by much of white society and rarely prosecuted — that continued well into the 20th century. The Ku Klux Klan, originally a club for Confederate veterans, was born in the aftermath of the Civil War and has terrorized black people for decades.

The Equal Justice Initiative in 2015 released a report, "Lynching in America: Confronting the Legacy of Racial Terror" that documented, in the period between 1877 and 1950, almost 4,000 lynchings.

Racial terror lynching was a tool used to enforce Jim Crow laws and racial segregation — a tactic for maintaining racial control by victimizing the entire African-American community, not merely punishment of an alleged perpetrator for a crime.

All this — the suffocating laws, the extreme violence — had its desired effect. Black people lived in everyday fear. They felt powerless. They were, in every way, made to feel inferior to whites and forced to live that way.

"There's this tendency to think of both Jim Crow, specifically, and racism more broadly as being this overt form that looks like the KKK that looks like a cross burning that looks like dramatic acts of violence. Sometimes it is that," Berrey says. "But often it's much more subtle. It's in the air that we breathe and the water that we drink."

The Growth of Jim Crow Laws

Up until 1896, Jim Crow laws were limited to state and local regulations. But in a landmark case that year, the U.S. Supreme Court codified the laws nationally.

In Plessy v. Ferguson, the Court upheld the Louisiana Separate Car Act of 1890. The law's "equal but separate" doctrine, though never stated as such in the Plessy v. Ferguson decision, opened the door for even more restrictive Jim Crow laws in the coming years, including:

1903: In Arkansas, it was unlawful for "any white prisoner to be handcuffed or otherwise chained or tied to a negro prisoner."

1911: In Nebraska, "Marriages are void when one party is a white person and the other is possessed of one-eighth or more negro, Japanese, or Chinese blood."

1926: Atlanta passed a law that stated, "No colored barber shall serve as a barber to white women or girls."

Thanks to the green light provided by Plessy v. Ferguson, these laws proliferated throughout the country. In California in 1894, the state's constitution was amended to strip voting rights from anyone "who shall not be able to read the constitution in the English language and write his name." Rights of blacks and other minorities continued to be slashed. Worse, blacks continued to be beaten and lynched, even as African Americans fought and died for their country in World War I and World War II.

Pockets of resistance to Jim Crow formed from time to time, Berrey says, especially after black soldiers returned home and pressed for equal treatment for their sacrifices. But the system of oppression remained strong. According to the Equal Justice Initiative, a white mob in Blakely, Georgia, lynched William Little in 1919 for refusing to take off his uniform after returning home from World War I.

"The poet Paul Laurence Dunbar referred to this as, 'We Wear the Mask.' The idea was you're wearing this mask and pretending to go through the rules, but you're learning that that's not who you really are. That you're not really inferior even though you're following those rules that are meant to tell you that."

The Death and Legacy of Jim Crow Laws

Three years after the end of World War II, July 26, 1948, President Harry S. Truman desegregated the military, perhaps one of the first real steps toward the downfall of Jim Crow laws. It wasn't until 1954's Supreme Court decision in Brown v. Board of Education, though, which ruled that separating school children on the basis of race was unconstitutional (overturning the idea of "separate but equal" expressed in the Plessy decision almost 60 years earlier) that Jim Crow laws were truly dealt a fatal blow.

"World War II was a huge turning point," Berrey says. "People are always pushing back and fighting. There's this constant struggle. But it became more visible [then], and you do get this mobilization in the mid-1950s."

The struggle to free black Americans from Jim Crow had more setbacks to come. The Cold War was a hard time for anyone to question American values, for fear of being branded a communist. But the turbulent 1960s, with the full-throated protests of the Freedom Rides of 1961 and the passage of the Civil Rights Act in 1968, helped to solidify the idea that Jim Crow laws were a thing of the past and that segregation had no place in American society.

Author Jerrold M. Packard, in "American Nightmare: The History of Jim Crow," wrote that "Jim Crow was a disease that once permeated every fissure and fold of American society."

Yet photos of politicians in blackface are still surfacing. In the past few years, voter suppression measures have been introduced by the hundreds. Blacks in America today are incarcerated at a rate more than five times that of whites.

Jim Crow laws may be dead. Jim Crow, though, is not.

The effect of Jim Crow laws on voting, and the disenfranchisement that came along with that, can't be understated. According to the Constitutional Rights Foundation, in 1896, Louisiana had 130,334 black voters. Eight years later, as Southern states limited the right to vote with poll taxes, literacy tests and other laws, — only 1,342 blacks in Louisiana could pass the new rules and vote. 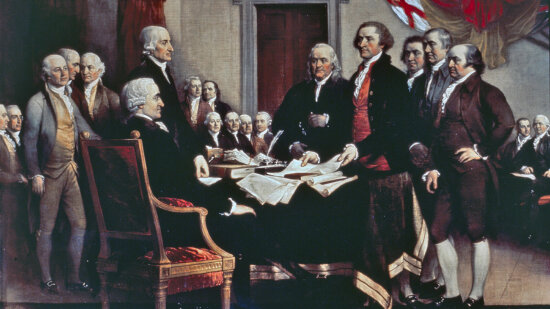 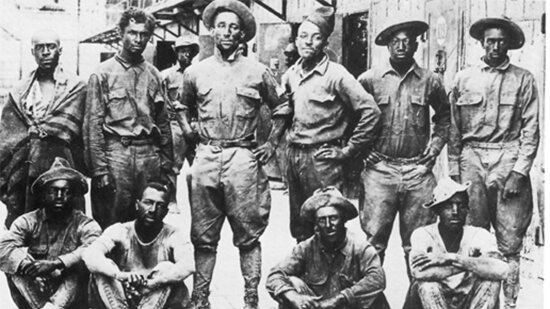 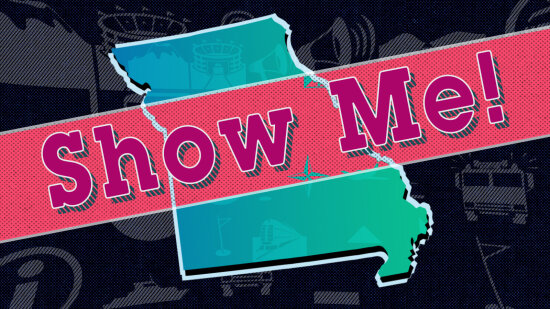